Italy has about 60 million inhabitants and is a parliamentary republic in southern Europe, located mainly on the Apennine Peninsula and the Po Valley surrounded by the Mediterranean Sea and in the southern mountainous part of the Alps. The shape of the country is particularly striking, reminiscent of a boot. Italy has land borders with France, Switzerland, Austria and Slovenia. The small states of San Marino and Vatican City are completely surrounded by Italy. In addition to the large islands of Sicily and Sardinia, there are several offshore archipelagos. Italy is the country with the most UNESCO World Heritage Sites (55) and with about 62 million tourists annually one of the most visited countries in the world. This is certainly due to the much-visited capital Rome, from which the Roman Empire was founded in ancient times, but also to regions such as South Tyrol, Lake Garda, Tuscany, the Mediterranean islands, the Vatican and cities such as Venice, Florence, Pisa, Milan and Naples.

Thanks to a mile bargain from Lufthansa, we really flew cheaply in the business class from Frankfurt to Rome, where we wanted to use the weekend for sightseeing.

END_OF_DOCUMENT_TOKEN_TO_BE_REPLACED 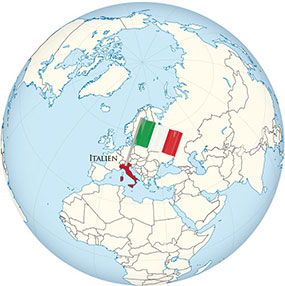