Today we wanted to get to know the most important sights of Bangkok. Our first stop was the Grand Palace, which is located serh centrally in Bangkok.

The GrandPalacewas the official residence of the kings of Siam (now Thailand) in Bangkok from the end of the 18th century to the middle of the 20th century. The complex of the palace is modelled on the old royal palace in Ayutthaya, which was destroyed by the Burmese shortly before the palace was planned in Bangkok. The present palace consists of four parts, the Outer Courtyard, the Central Courtyard, the Inner Courtyard and Wat Phra Kaeo.

The Royal Palace in Bangkok

Our next stop was Wat Pho. Wat Pho is a Buddhist temple located in the centre of Bangkok’s historic Old Town, just south of the Royal Palace. This group of four chedis, one each 42 meters high and covered with different coloured mosaics of tiles, is visible from afar. The main attraction today is the famous 46-metre-long and 15-metre-high gilded reclining Buddha statue.

Wat Arun – The Temple of Dawn

Wat Arun (Temple of Dawn) is located on the western bank of the Chao Phraya River. The centre of Wat Arun is the 70-metre-high Phra Prang. Four steep stairs on the four sides connect a total of four levels on which the Phra Prang can be circled. The entire complex is covered with a mosaic of colorful Chinese porcelain and shells, a total of about one million pieces that arrange themselves to flower patterns.

The Lebua Sky Bar In Bangkok

Towards the end of the day we went to the Sky Bar, which is also called Hangover Bar (known from the film of the same name). You have a great view of Bangkok here, but unfortunately photography is not officially allowed. So we had to take some pictures in secret.

Bangkok has several Starbucks stores and also its own cup 🙂

The Starbucks City Cup of Bangkok 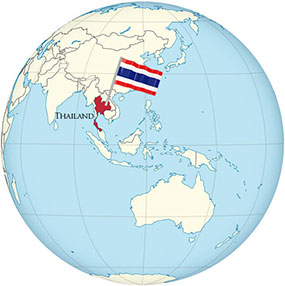