At 3 o’clock in the night the alarm clock rang today – a terrible time! After picking up our breakfast-to-go at the hotel reception, a taxi took us to the “Aeropuerto Mariscal Sucre”, the international airport of Quito. With the departure from Quito we also say goodbye from South America. We have been touring the continent for 7 weeks and are now looking forward to new adventures in Central and North Americabefore we venture to Hawaii and Australia 🙂

Our flight from Quito via San Salvador to Belize

Just in time at 5.30 am today we left the airport in Quito (Ecuador) with Avianca to San Salvador in Central America. Actually, we had a stopover of seven hours for San Salvador to visit the city at least briefly. Unfortunately, however, our flight times were changed at short notice, so that we only had an hour – that was just enough to change. The flight from San Salvador to Belize City passed quickly – after 50 minutes of flight time we were already there. The entry was also completely trouble-free. Since there are no much cheaper alternatives at the international airport, we had to take a taxi to the center, which unfortunately costs a proud 25 USD for the quite short distance (14 kilomter).

Our hotel in Belize City

In Belize City, we chose the Best Time Inn because it is one of the few affordable properties in the city, is well rated and has a great location – everything is within walking distance. Luckily we were able to get into our room – it was only half past eleven.

We spent two nights here. Given the very reasonable price it was fine, even if the rooms are not the most beautiful. The green bright wall color is already very much in need of getting used to. The air conditioning was ok. The room even has a TV – but with a very limited channel selection. The bed was unfortunately much too small for 2 people (see picture). A breakfast was not included in the price. The location is good, you can reach the nearest food stalls, as well as a supermarket and the water taxi on foot. Even to the small Fulgplatz, from which the flights to the Great Blue Hole take off, we only walked 20 minutes. The WIFI only worked at the reception. 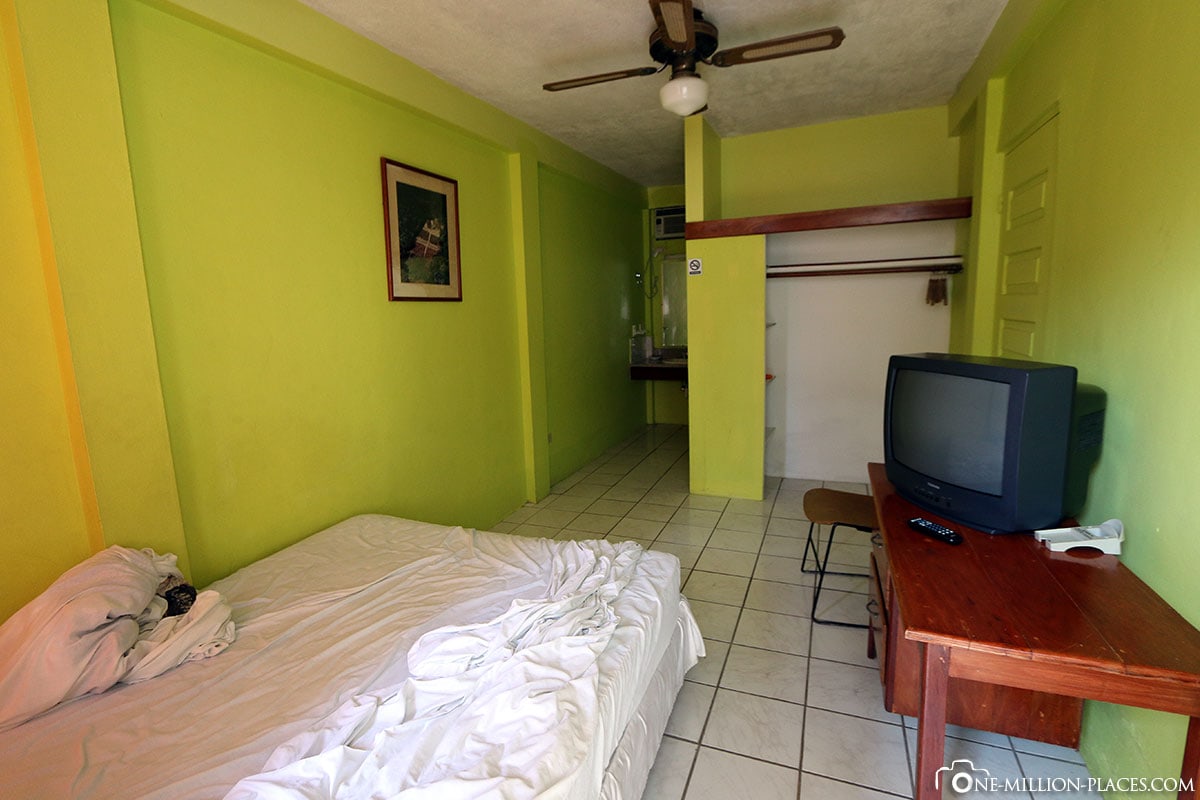 For the rest of the day we had planned to visit the Belize Zoo, which is located just outside (about 47 km) of Belize city. From the central bus terminal in Belize City(located in Google Maps) we took a local bus towards Belmopan and were let out right in front of the zoo.

The Belize Zoo was founded in 1983 and originally had the purpose of providing a home for captured wildlife after filming was completed for several documentaries. In the years that followed, the need to bring the wildlife of their own country closer to the local population was recognized. For this reason, the zoo still only houses native animal species. The animals are taken in if they are injured, abandoned or kept illegally. At the moment there are about 125 species.

The zoo is not very big, but we spent a good 2.5 hours there – not least because of the interactive animal encounters. The zoo also offers the opportunity to get to know snakes a little more closely. This is not quite obvious either, as the animals are only in their terrariums. But here too: just ask nicely and you have a boa around your neck.

There is, for example, an Encounter for Tapire, where you can feed several tapirs through a grid for 10 Belize dollars. Since we didn’t really like it with the grid, we just asked one of the carers if we could also go to the enclosure for feeding. He then said “Yes, of course, no problem” and introduced us to the five-year-old Tapir male indie. Indie is a hand-rearing and was absolutely happy to claw and feed.

A walk through Belize City

Around 4 p.m. we were back in Belize City and took a short walk through the city and to the harbour. Belize City is the largest city and main port of Belize and has about 63,000 inhabitants. But the city couldn’t convince us, which is why we didn’t take pictures 😉 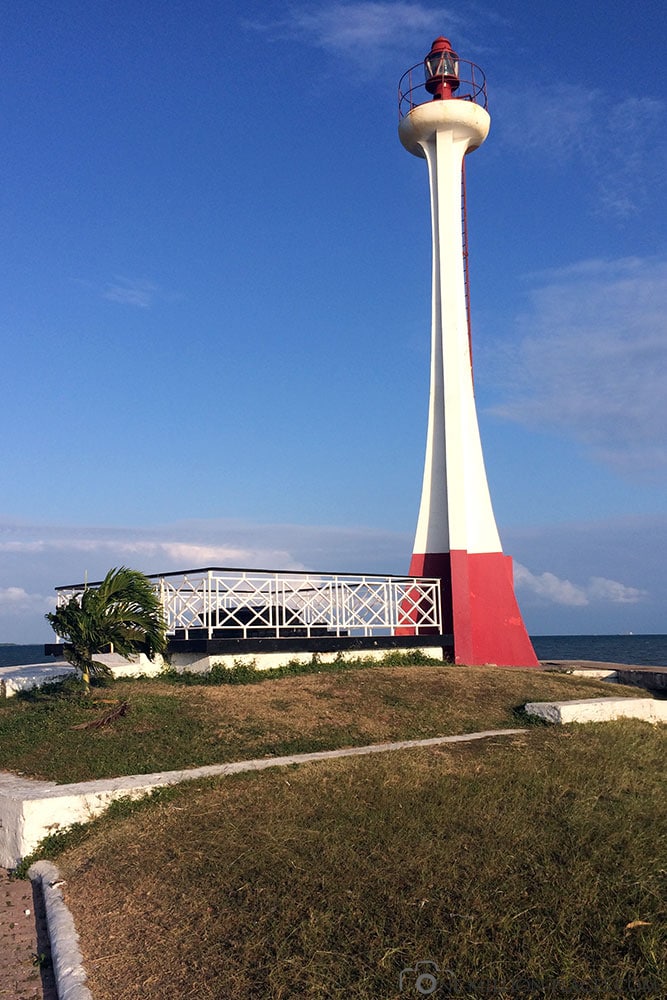 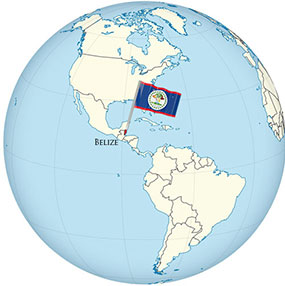