For the next 2 days we had to relax at the Copacabana, some shopping and the Free Walking Tour to see a little more from downtown Rio de Janeiro 🙂

Relax at the Copacabana

The beach of Copacabana is about 4 km long and (according to Wikipedia) the sight of the district of the same name. If you like the beach of S’Arenal in Mallorca or the Platja d’en Bossa in Ibiza, you will certainly like it here as well. Despite the size of the beach, it is extremely crowded, deckchair on deckchair, parasol on parasol, everywhere screaming children, groups of football-playing and joint smoking youths, rubbish lying everywhere and a plethora of beach vendors. From drinks, food, hats, bikinis, shirts, sunglasses, beach towels, sunscreen… a new seller every 2 minutes. There is of course also a lot to watch and the weather was just gigantic, but our favorite beach will definitely not be the Copacabana.

In the late afternoon we took the bus to the nearby Rio Sul Shopping Center to buy some more things. From our hotel room at the Golden Tulip Regente (now called Grand Mercure Rio de Janeiro Copacabana) we had a great view of the favela Pavao Pavaozinho. 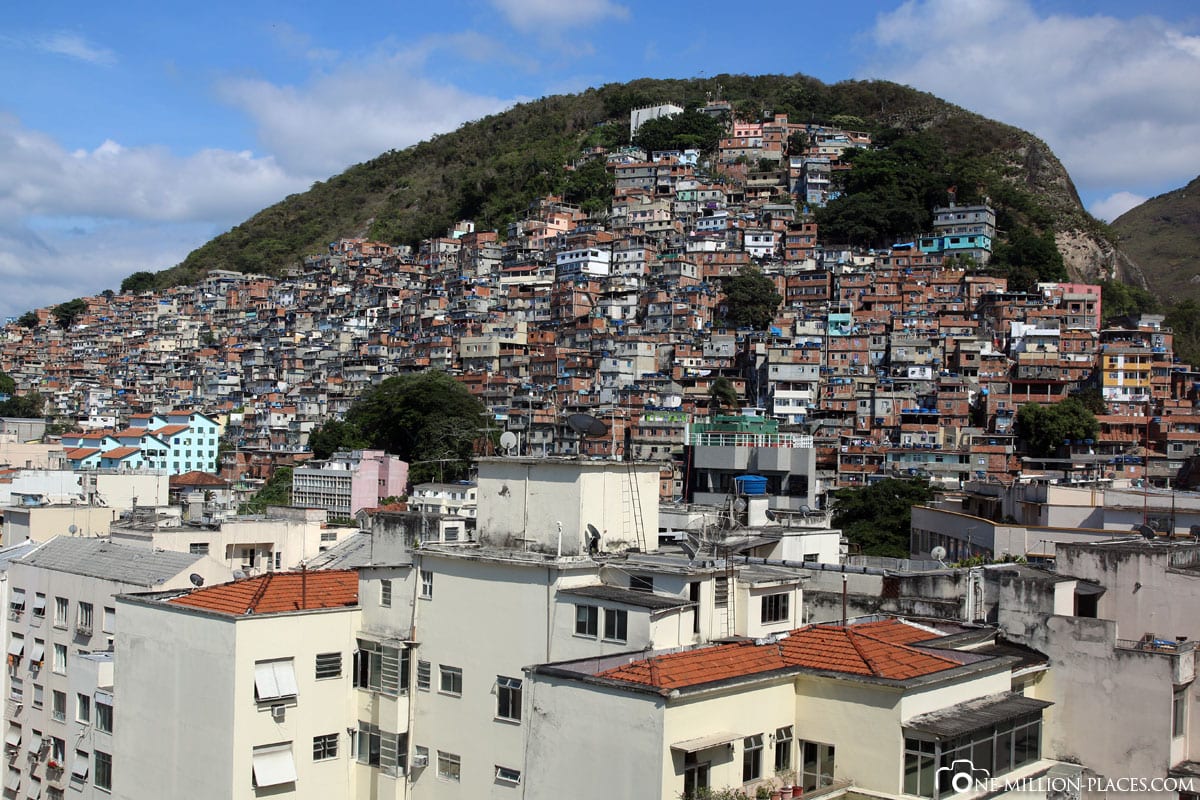 The view of the favela Pavao Pavaozinho

The next day we did a free walking tour through Downtown Rio. We happened to come across the www.freewalkertours.com site on the Internet. The principle is quite simple: you can take part in a free city tour and you can give the guide a tip at the end. Since we have never participated in such a tour (which is also available in many other cities) we really wanted to try this out. Meeting point was at 10.30 am at the clock tower of the Carioca Metro station.

No registration was required, you just had to arrive at the meeting point on time. About 60 other people were still with us. The group was divided between two guides and then we started. Our guide Giovanna founded the company together with a friend 1.5 years ago and it is actually her full-time job, i.e. she lives on the tips. They came up with the idea of the many Free Walking Tours in other cities that she has travelled. And that’s what she really wanted to establish in Rio.

The sights of the city centre

The tour went about 3.5 hours and we have grassed on foot the main points of the city center: Imperial Palace, Municipal Theatre, Colombo Bakery, Cathedral, numerous museums and the Lapa Aqueduct.

The colourful Selaron stairs in the Lapa district

At the end of the tour we went to the well-known colorful Selaron stairs in the district of Lapa. The Selaron Staircases (Escadaria Selarén) are the most famous work of the artist Jorge Selain and now serves countless tourists as a popular photo motif in Rio de Janeiro. At the 1994 FIFA World Cup in the USA, chilean Selain had designed a staircase in the Santa Teresa district with hundreds of tiles donated by hundreds of visitors from all over the world into a colorful work of art. The staircase has over 2000 tiles from over 60 countries and is 125 meters long.

Here, of course, we also looked out for the many German tiles and found them.

The Selaron Stairs in the Lapa district

Our guide Giovanna has taught us – with visible enthusiasm for her country – the history of Rio and Brazil super interactively, so that something has also stuck. All in all a great tour, which is really to be recommended!

Our hotel at The Airport of Rio

In the afternoon we returned to our hotel, checked out, grabbed our suitcases and took the bus 2018 to the airport, as we had booked a room there for the next night at the Linx Airport Hotel. Since our flight to manaus departs tomorrow at just after 7 a.m. and the hotel is only 5 minutes away from the terminal, the easiest and easiest thing seemed to us.

There is a free shuttle to both terminals, which runs approximately every 10 to 15 minutes. The journey takes 3 minutes. From 5.30 a.m. a free breakfast is offered – there are toast, rolls, cheese, ham, jam/honey, fruit, cornflakes/cereals, cakes etc. All very tasty. The room was great. We have not heard any aircraft noise. In the first room our air conditioning made strong noises, but we immediately got a new room. Wi-Fi is also free. If you have an early flight or a stopover in Rio, the hotel is really recommended. 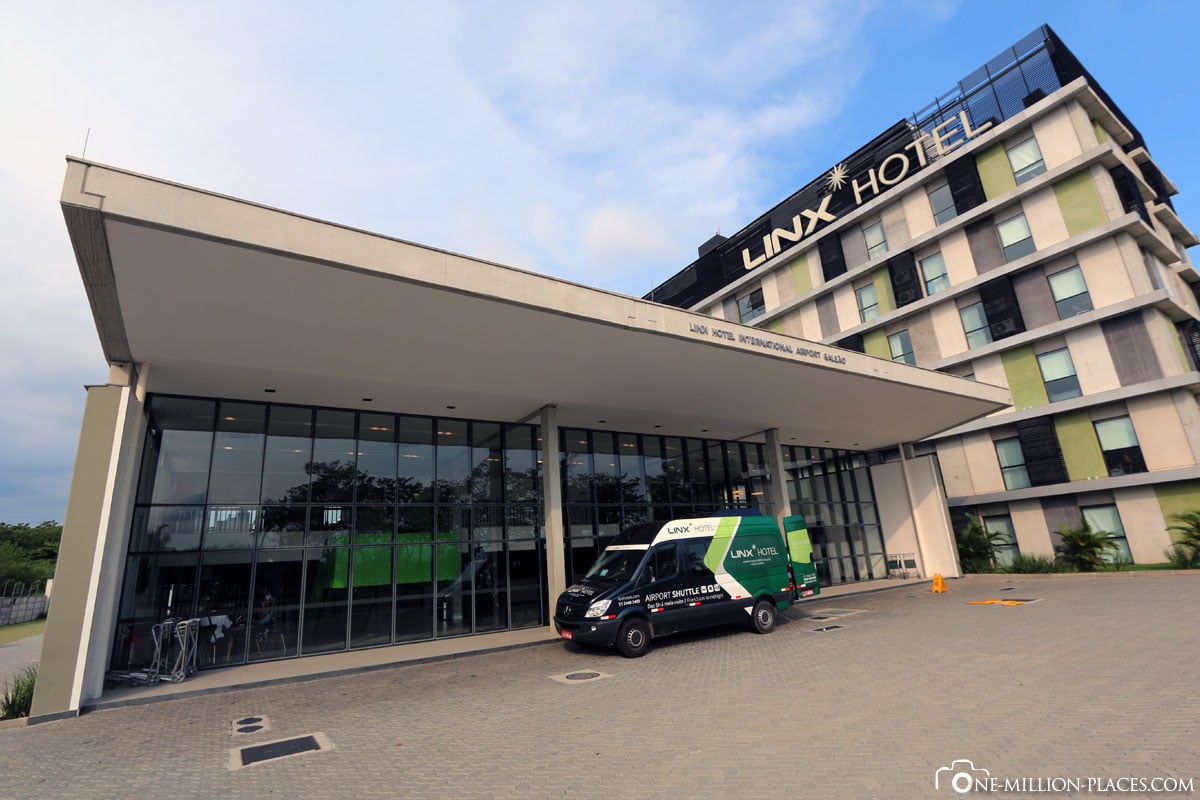 Tomorrow morning we continue to the Amazon to Manaus 🙂