Our flight with TAM Airlines took off on time in Rio de Janeiro and landed at Eduardo Gomes Airport in Manausat around 9.30am. From here started our already booked Amazon tour, about which we will tell you in the next posts.

Manaus is the capital of the Brazilian state of Amazonas and has about two million inhabitants. It is mainly used as a starting point for tours in the Amazon. 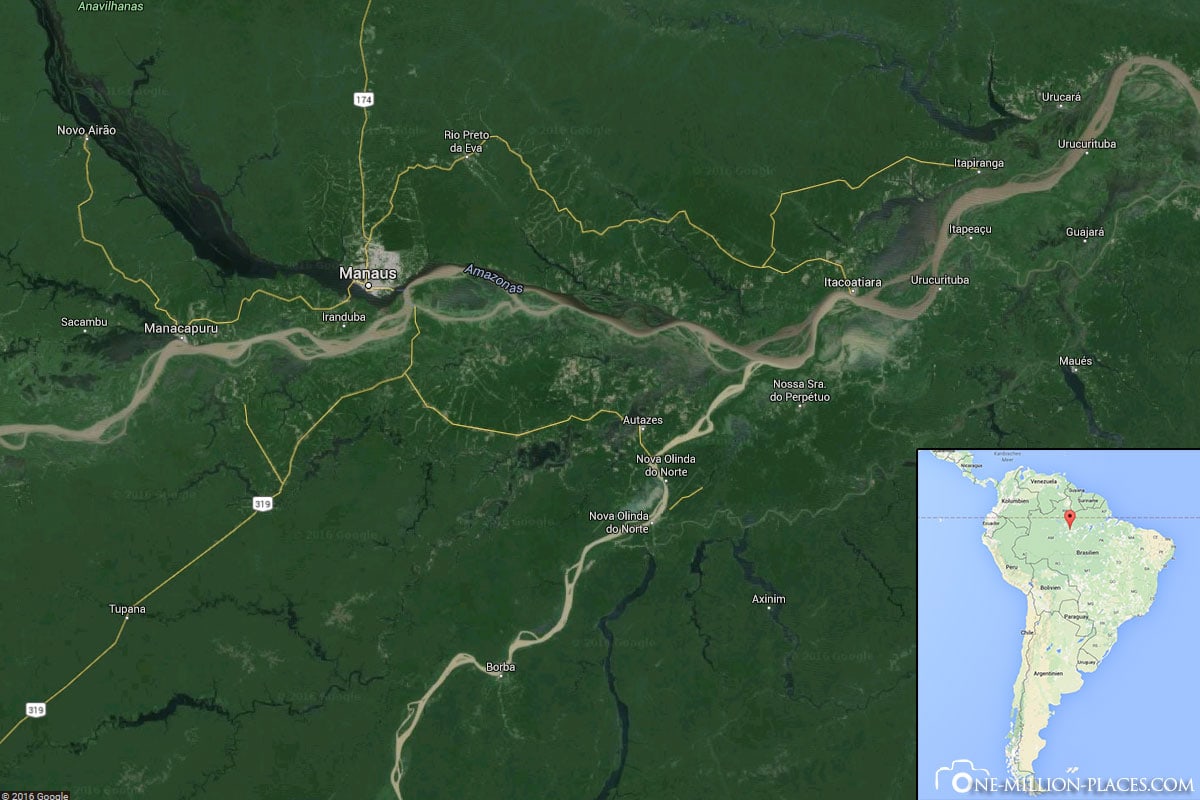 The location of Manaus in Google Maps

Our hotel in Manaus

At the airport we grabbed a taxi and drove to our hotel Adrianopolis.

We spent the night before our Amazon tour at the Hotel Adrianopolis in Manaus. When we arrived around 10 a.m., we were told that we could not check in yet, as check-in would not be until 12 o’clock. Rooms were free, but we should have paid another 50 of the daily rate for the two hours. Ridiculous! Of course, we did not do that. Our apartment was very spacious and we liked it very much. There was a large living room with sofa, TV, dining table and a small kitchen (not well equipped). The bedroom next door was a separate room. Air conditioning was available in both rooms. Soap, shampoo and conditioner are provided in the bathroom. The hotel has a rooftop swimming pool. Towels can be borrowed at the reception. The breakfast buffet was included in our rate and was sufficient and good. WIFI was also available free of charge. Within walking distance is the modern shopping center Manauara, where you will find a very large foodcourt and numerous shops. Right next to it is also a large supermarket.

Our journey by public bus through Manaus

Unfortunately we couldn’t check in yet, so we wanted to bridge the time with a small city tour. We had already read in advance in many Internet forums that Manaus does not have much to offer. But we wanted to make a judgment for ourselves. So we got on a bus towards Centro. Somehow we couldn’t find a real point to get out, because we had no orientation at all and the city was insanely dirty. We thought, OK, let’s just stay on the bus until we get back to where we got in. But our logic didn’t quite work out. The bus suddenly drove further and further out of the city, from roads became gravel roads, from houses small broken stalls and at some point we were the last people on the bus. When the bus stopped at its destination, we were somewhere in the middle and the bus driver looked at us inquiringly.

We wanted everything – just don’t get off here! No roads, no shops, certainly no taxis or the like. And no one who speaks English. We tried to explain to the bus driver somehow that we had missed our exit and wanted to go back to the center. But he understood only station. Somehow we managed with our hands and feet to ask him if his tour would be a round trip and he would go back. He then nodded and we just stayed seated until we really got out of our starting point at the end. What were we happy about!

In the horror, we first went to the nearby shopping center Manauara, which from our point of view forms a total contrast to the city – modern and clean. Here we spent a few hours eating and eating something before we got our room in our hotel.

A boat trip to the “Meeting of the Waters”

The next day we were picked up at 8 o’clock by our guide Roy for our four-day Amazon tour, which we had booked in advance via the Internet. First we drove by car to a kind of market hall “Peixaria da Bia” and to the river port “Feira do Porto da Ceasa”.

From here the boats start to the “Meeting of the Waters”. The “Meeting of The Waters” is one of the main attractions in Manaus and the place where the brownish Rio Negro and the blue Rio Solimes converge to the Amazon River – but the colours of the two rivers do not mix in an impressive way. The enormous masses of water flow 11 kilometres in the same riverbed next to each other before their water mixes and the river again has a uniform colour.

The colour boundary of the two rivers was really visible from the boat despite the onset of rain. And at least this is where the largest river on earth (Amazonas) and the second largest tributary of the earth (Rio Negro) meet.

On the way back to the city we made a short stop at the highlight of Manaus, the Teatro Amazonas. The Opera House was opened in 1896 and financed by the proceeds of the rubber boom. 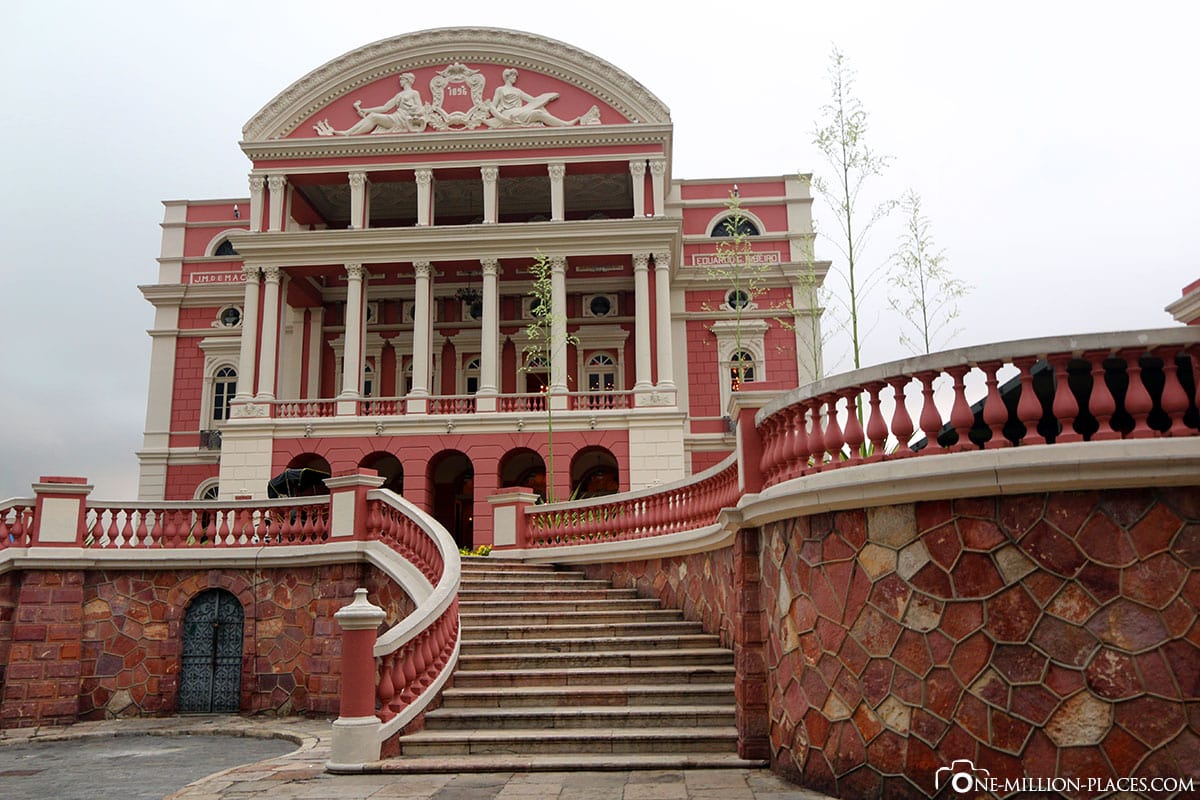 The Opera House in Manaus