During our travel planning we were told by many people that Sao Paulo is big, dirty and criminal and that there is nothing special to see there. In our opinion, the opposite is true: we are very positively surprised by Sao Paulo. Yes, the city is big, damn big even. But we found the city very modern, clean and with many beautiful places. Perception can sometimes be so different.

Our flight from Manaus to Sao Paulo with TAM Airlines was on time and already on the approach we could see how huge this city is. Sao Paulo is one of the largest cities in the world and the most populous city in the southern hemisphere. The urban area is home to more than 12 million people and the metropolitan area has more than 21 million inhabitants. Sao Paulo is the largest industrial agglomerate in Latin America and the main economic, financial and cultural center as well as transport hub of Brazil.

Our positive impression of Sao Paulo started at Guarulhos International Airport and the transfer to the city. We had already informed ourselves in advance that there is a local bus from the airport that goes to the Tatuapé metro station. From there you can continue to the city. This together is a very cheap way to get to the hotels in the city centre (about 2.70 euros) compared to all other means of transport. Especially the metro system is very modern and well signposted.

Our hotel in Sao Paulo

In Sao Paulo, we booked a room at the Tryp Paulista (now Intercity Sao Paulo Paulista),which is quite centrally located on the 3 km long Avenida Paulista – one of the most important streets of the city. We were there early at 10.30 a.m. and were lucky that we were already allowed to move into our room. And there was an upgrade to a higher room category, because of the standard rooms only (former) smoking rooms were available.

We enjoyed our stay at Tryp Paulista. The location is great – only 2 minutes from Avenida Paulista, also to the metro. The area is very safe. We had booked a normal room, but received an upgrade as there were only former smoking rooms in the normal room category (which also smelled like that). The new room was great, nicely decorated and very clean. In the bathroom there was shower gel, shampoo, conditioner, cream, razor, toothbrush and toothpaste, comb etc. Everything is available. The free wifi didn’t work well – you’re constantly thrown off the grid. The breakfast buffet was great. Very plentiful and something for everyone. 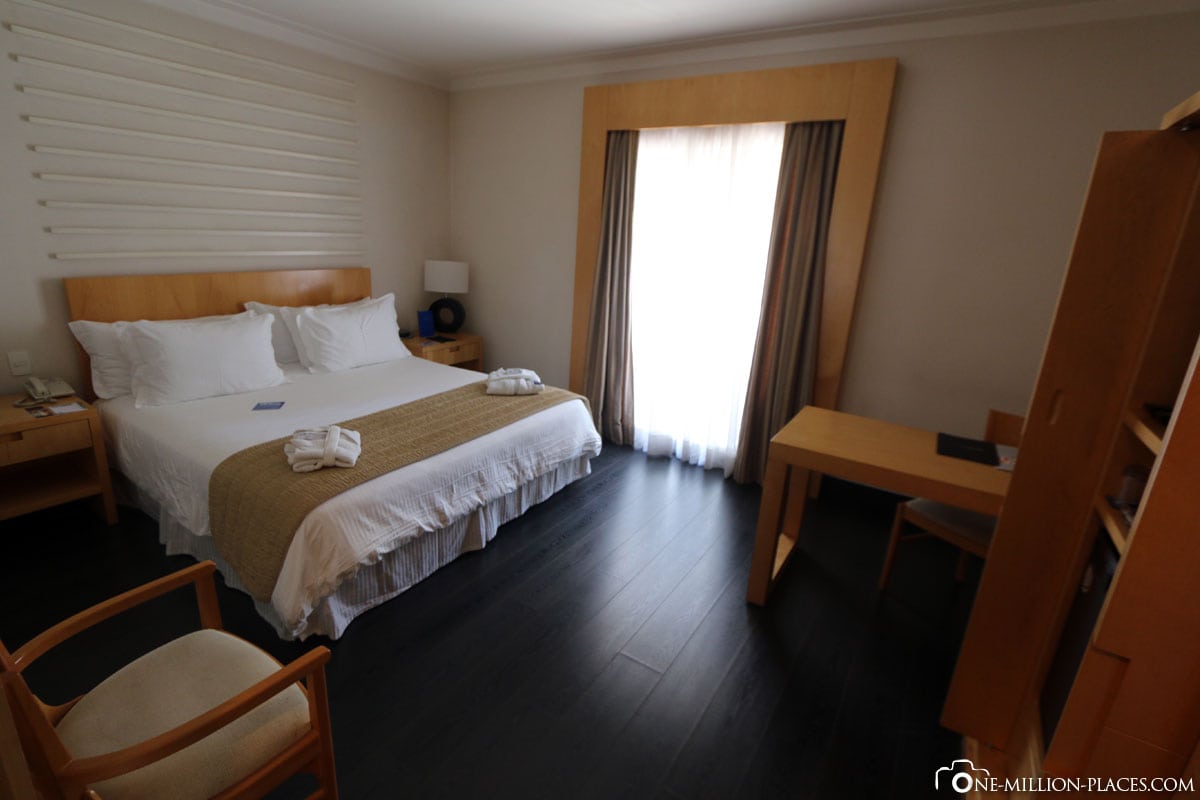 Our room at Tryp Paulista

What to see in Sao Paulo

After we rested a bit, we walked from the hotel to Downtown at noon and looked at the most important sights. Right in the city centre you will also find the Cathedral of Sao Paulo. It is often referred to as the fourth largest neo-Gothic cathedral in the world and is located on the Praia da Sé or the Cathedral Square.

The viewing platform at Edificio Italia

At Tripadvisor we had read that the tallest building in the city – the Edificio Italia – has a viewing platform, which can be visited free of charge on weekdays between 3 pm and 4 pm. Since the weather was great, we had a great view of Sao Paulo. From above you can see that the city is really huge. We took a lot of photos and enjoyed the view very much.

The City Park of Sao Paulo

The next day we had planned to visit the “Parque do Ibirapuera” – a huge city park in the middle of Sao Paulo, which is comparable to Central Park in New York City. After a late breakfast we started at 36 degrees at noon. At the north-eastern entrance of the park you will find the 72-metre-high obelisk of Sao Paulo. Since it was Saturday, there was a lot going on in the park: joggers, skaters, cyclists, picnickers, sunbathers… we also spent two to three hours in the park. Very close to the park you will find the Bandeiras monument and the Hotel Unique.

We really liked Sao Paulo. We never felt insecure, the city was clean and looks very international, there are some beautiful sights and there are also many shops to shop – especially around Avenida Paulista, the Rua Oscar Freire and in the center. From our point of view, Sao Paulo is really worth a visit.

The Starbucks Cup by Sao Paolo