After visiting the Borobudur Temple this morning, the journey continued to the Prambanan Temple, which we still wanted to visit today.

The location of prambanan temple

The Prambanan Temple, also a UNESCO World Heritage Site, is located 18 km east of Yogyakarta and is the largest Hindu temple complex in Indonesia.

The temple was built around 850, but was abandoned a short time later and began to decay. Reconstruction began in 1918 and is still ongoing.

An earthquake in 2006 severely damaged the temple. Around the plant there are dozens of loose stones that have yet to be assigned. We had 1.5 hoursto visit the temple complex. Since the plant is not as big as Borobudur, this was also quite enough.

For the many students, however, not even the temples were the attraction of the day, but the few white-skinned tourists. With big eyes we were stared at, secretly photos of us were taken in passing and some also asked directly if they could have a photo with us. The problem is only if you say yes, the children come running from all corners. And before you know, you have 20 students around you,all of them wanting to take a picture 🙂

A guide explained to us that he did it at a young age and then posted the photos on Facebook. This would be very specialfor the students.

Planning the last days of our world tour

Around 1 p.m. our driver dropped us off in front of our hotel and we took a short nap. The rest of the day we spent writing with reports and further research to plan the next days and excursions. And it was also time to skype with the family at home 🙂 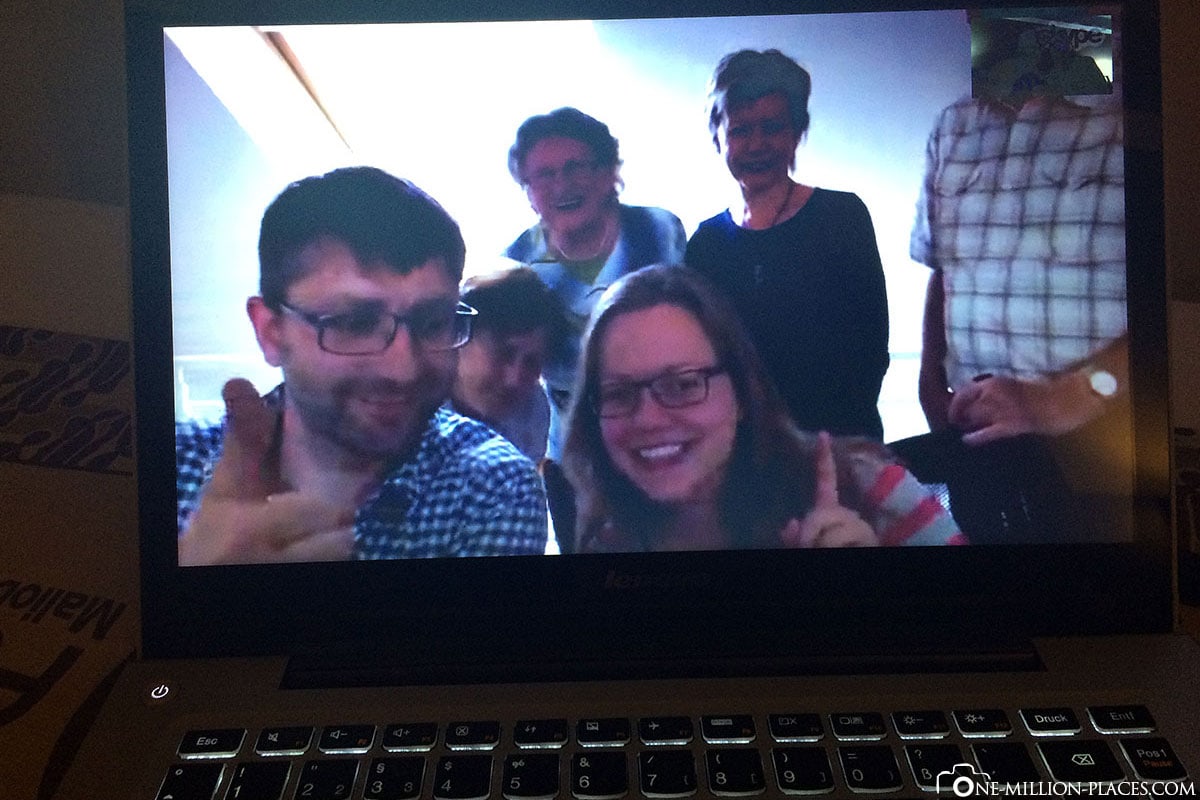 Skype with the family