In the run-up to the world tour, we had thought about where we would like to spend our New Year’s Eve. And on New Year’s TV you can see the pictures of the New Year’s Eve fireworks from Rio every time – and we wanted to see that live 🙂

Day
17
of our trip around the world

New Year’s Eve in Rio – the fireworks at the Copacabana

More than 2 million people can be found at copacabana this evening. However, the beach is so huge that there is really enough space and it never got too narrow in our place. Like all Brazilians, we dressed all in white. White stands for the light, the purity of the soul and the good-naturedness. Some say that this is how you start the year cleanly. Others see white as a symbol of happiness. In any case, it’s almost the biggest White Night Party in the world!

A gigantic fireworks display, ignited from boats, bathes the entire Copacabana for 20 minutes in a magnificent sea of colours – and at a pleasant 28 degrees. What a great place to celebrate Silvster. That’s how you like to start the new year 🙂 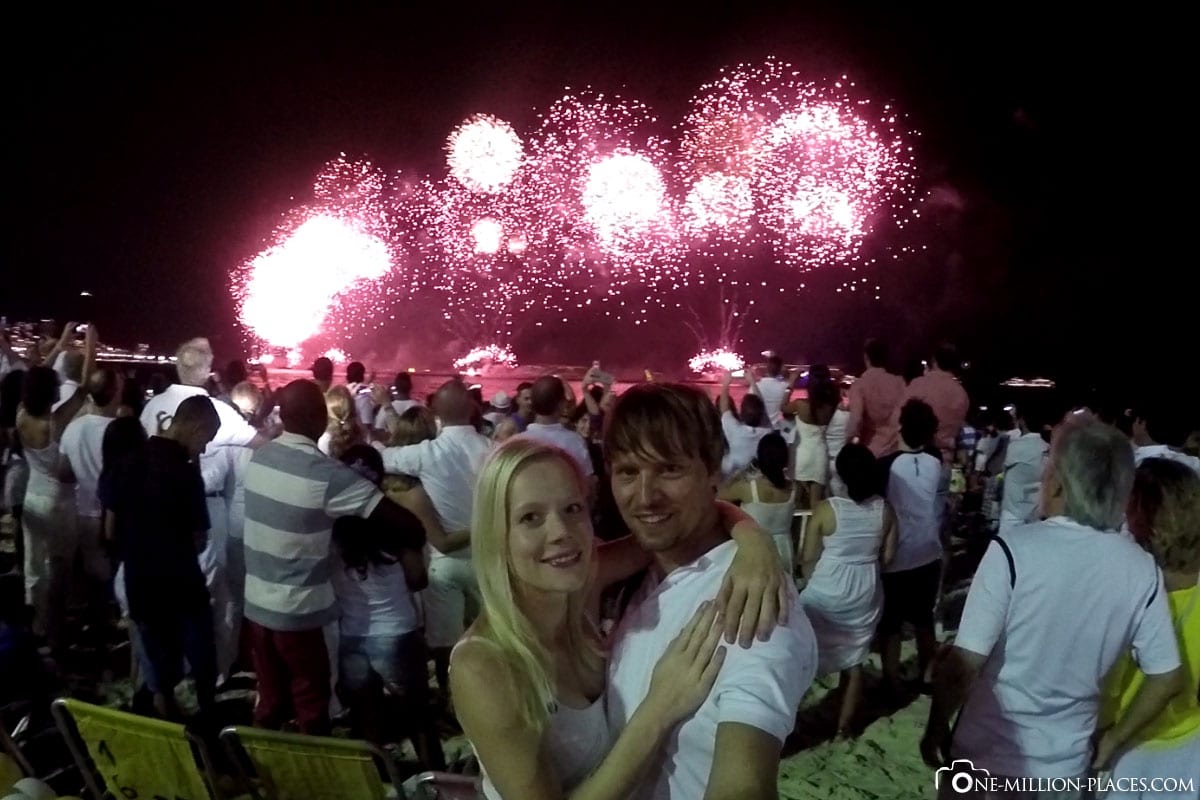 In our video you can see the finale of the gigantic fireworks. We wish you all a Happy New Year 2015 on this journey!!!