Today we had a day trip from Helsinki to Tallinn. Due to the short distance of these two capitals and the good connections by ferries and even air connections, it is a great opportunity to combine these two cities on a sightseeing trip 🙂

The Ferry Terminal Länsisatama in Helsinki

Very early in the morning at 6.20 am we set off on foot from our Hotel Scandic Marski in downtown Helsinki on our way to the Ferry Terminal Länsisatama (Western Terminal), 2.3 kilometres away. At the time, nothing was going on in Helsinki. Some taxis have been driving around, but we were almost the only ones on the roads. A good half an hour later we arrived at the ferry terminal. Since we had already checked in online the day before, we were able to go directly through the control and then followed the felt endless lyant walk to the ferry.

The route from Helsinki to Tallinn

The ferry was supposed to take us from Helsinki to Tallinn at 7.30 am in just under 2 hours. 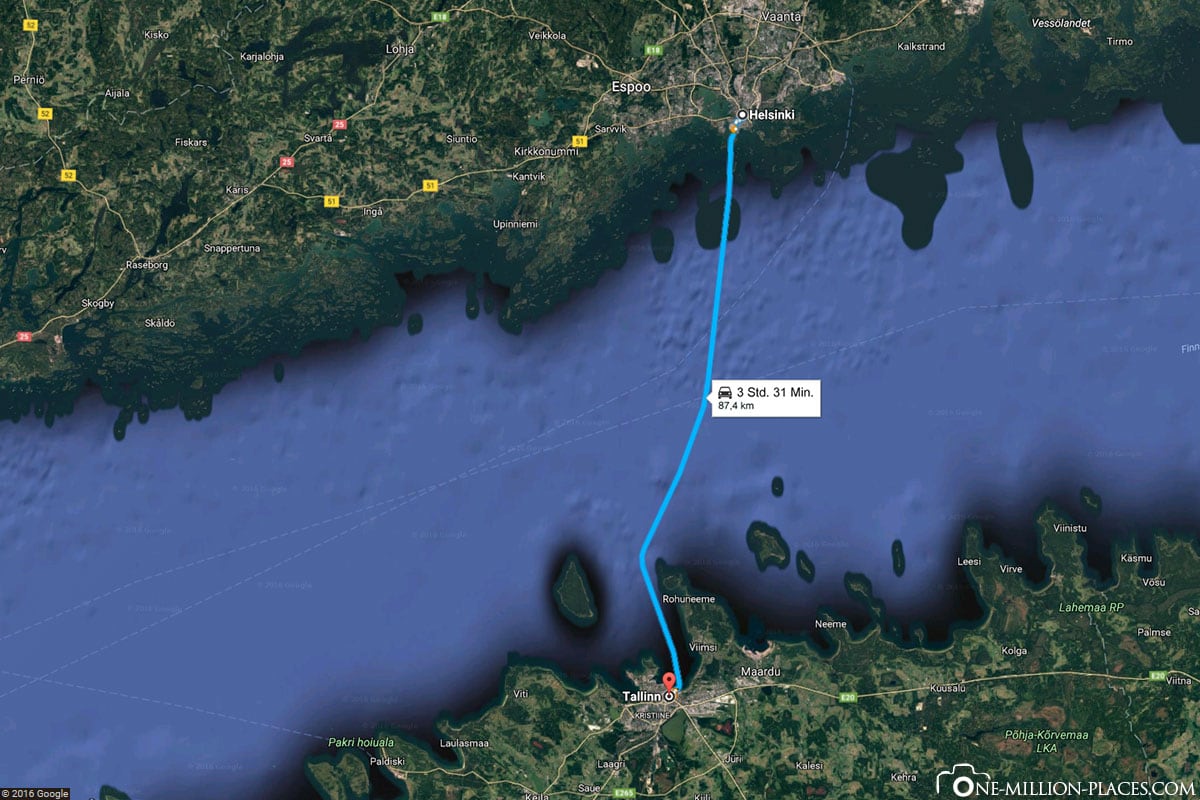 The Business Lounge of the M/S Star from Tallink

The M/S Star is a 2006 ferry operated by Tallink and one of the fastest passenger ferries in the world with a top speed of 27.5 knots. It is registered in Estonia and its home port is Tallinn. The M/S Star can accommodate up to 1900 passengers and additionally has 120 seats in the Business Lounge. The ship also has 131 private passenger cabins with toilet and shower.

On the ferry we arrived on deck 7. Here you have also found a map directly, on which you could orientate yourself. Our goal was the Business Lounge, which is conveniently located directly on the same deck. At the entrance, a member of staff checked our tickets and then we got an overview of the business lounge. Prices for a one-way ferry trip between Helsinki and Tallinn vary between 15,- € and 42,- € depending on the time of day. Cheap day tickets for a round trip are available from 28,- €. For a business lounge ticket you have to pay a surcharge of 65 euros per person on the normal ferry ticket. For this you can enjoy the ferry crossing in a relaxed atmosphere. There are plenty of seats, armchairs and sofas available for this purpose. Newspapers and free WIFI are also available. In addition, you can enjoy a rich breakfast buffet (cold/warm) and has a very wide selection of cold and hot drinks as well as alcoholic drinks. With us there were only 6 people in the Business Lounge. It must also be said, however, that there was not much going on on the ferry today. In many reports we had read that it can get very crowded, especially in the summer months and during the holiday season.

The journey from Helsinki to Tallinn with the M/S Star

When we had a delicious breakfast, we wanted to take a closer look at the ferry. Our attention had been directly attracted by a poster at the entrance where Burger King advertised. Should there really be a fast food shop on board? Yes, it should 🙂 The Burger King is located on Deck 9 and offers a wide selection and plenty of seating. When it opened in February 2016, it was probably the only fast-food restaurant at sea.

We also looked at the different, different areas of the ferry. Be it the cafeteria, the buffet restaurant, the duty-free shop or a supermarket (the bottles had to be well secured against possible swells). The ship also has a small outer deck in the rear area. Here you could – just as the ferry had left – take beautiful pictures. But it was also very windy and cold.

Just in time at 9.30 a.m. we laid out at the D-Terminal in Tallinn. The going down from the ship went super fast, because everything was well organized. 5 minutes later we stood in front of the terminal and made our way towards the city centre. You can read our report on the beautiful Old Town of Tallinn here.

Around 6.30 p.m. we made our way back to the port, because our ferry to Helsinki was supposed to depart at 7.30 p.m. Since we checked in online in advance and had our tickets on our mobile phone, we could simply walk through the turnstiles after the ticket was recorded. And from here it jammed enormously. People about people. We wondered how they all should fit on the ferry. The gangway to the ferry ran across the harbour. We certainly covered a few hundred meters here until we were finally on the ship.

The M/S Superstar is a 2008 ferry that operates several times a day between Tallinn (Estonia) and Helsinki (Finland). The M/S Superstar can accommodate up to 2080 passengers and has a total of 185 4-bed cabins. Luckily, the Business Lounge was right on the same deck, so we were able to escape the whole stream of people. There was a lot more going on in the business lounge than it was this morning, but it wasn’t completely filled either. We estimate that there were about 25 people. Since we were already hungry, we looked for a cozy place and immediately stormed the buffet. There was a selection of different breads, hot and cold dishes as well as dessert and cheese. Drinks could be served between hot, anti-alcoholic and alcoholic drinks from an open bar.

The ferry trip was very quiet overall. There was no swell or anything like that. Every now and then our eyes have fallen – not surprising after the exhausting day. When we arrived back in Helsinki at around 9.30pm, we took a taxi and drove back to the hotel. What a great day 🙂 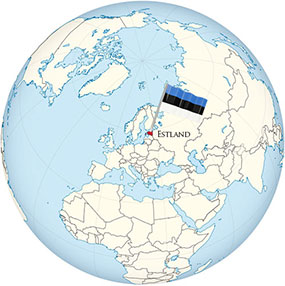