Whether you have completed 10 or 500 dives so far – every diver at the Coraya Divers in Marsa Alam must first take part in a guided check-dive on the house reef.

Diving on the house reef of Coraya Bay

From the diving school you walk about 3-4 minutes to the entrance to the house reef. This can be reached via a long jetty into Coraya Bay. There are 2 platformshere: one to get started for snorkelers and one for the divers. Bottle and lead do not have to be towed along, these are deposited on the jetty. In the dive center you register briefly before each dive and then get a fuel card. Upon presentation of this card, you will then get your diving bottle at the jetty. Actually a very good and simple system. The bottles are replaced several times a day.

The house reef of Coraya Bay has a southern and a northern reef. When you enter via the jetty, you are directly at the southern reef. You can either dive direk from there or you can go a little out with the Zodiac and so you can comfortably dive one-way along the reef back to the jetty. The same applies to the northern reef. Here it is best to take the Zodiac to the so-called glass fish window and then dive towards the bay.

There was virtually no flow in our place. The view was mostly very good. But since it had probably rained heavily the week before, the water was still a little cloudy in a few places. The water temperature was 27°, so quite pleasant for the end of November 🙂

Our most beautiful underwater pictures of Coraya Bay

Overall, we liked the Northern Reef a little better, although overall we find that both sides were relatively low in fish. In any case, this is what happened to us in comparison to other parts of Egypt. Nevertheless, we have seen a lot like turtles, moray eels, scorpion fish, firefish, crocodilefish, anemone fish, many blue dot rays, puffer fish, a barracuda and much more.

Our dive video of the house reef of Coraya Bay

Here is the video of our dives on the house reef of Coraya Bay:

All travelogues from Marsa Alam

All travel reports from our stay at Jaz Samaya Resort in Marsa Alam (Egypt) with diving and snorkeling in the Red Sea. 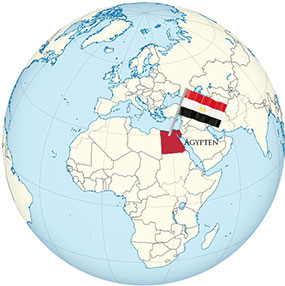