A short stop at the agency office in Arusha 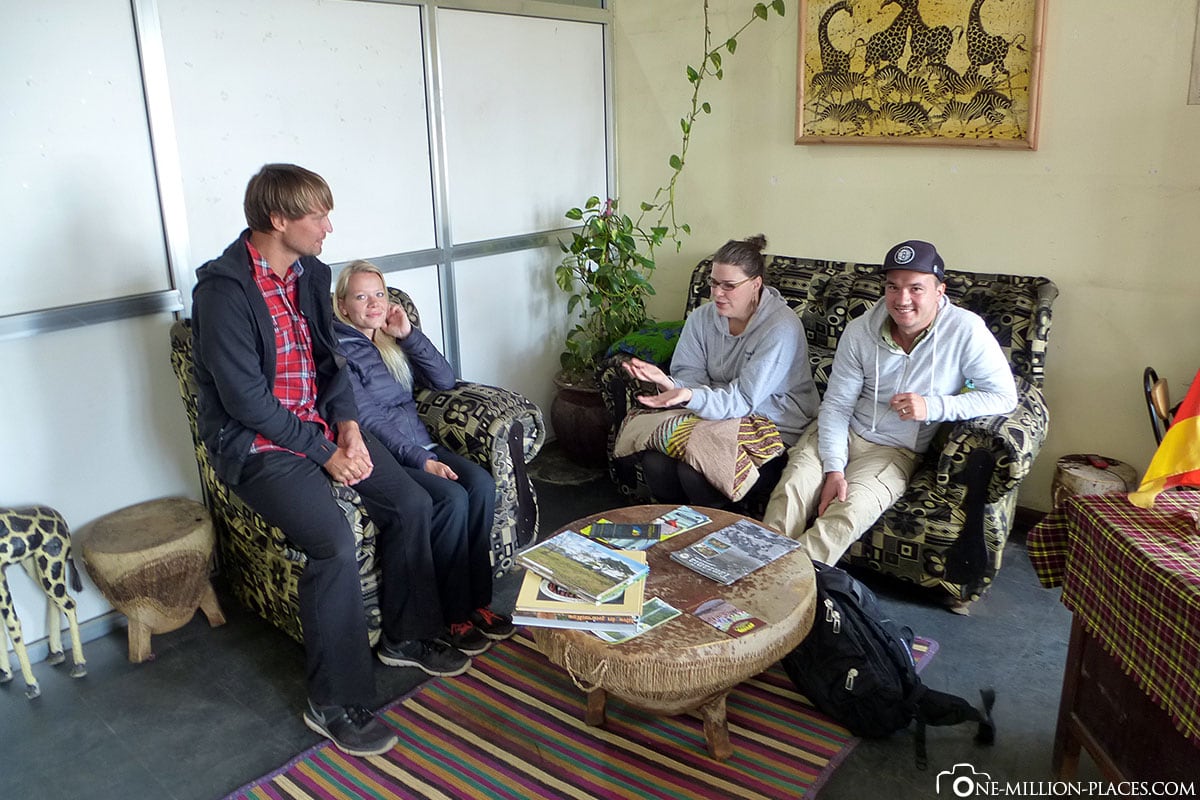 The office of Paradise Safaris

The next stop of our safari was the Tarangire National Park, which is about two hours drive from Arusha.

The park advertises with the slogan “
Home of Elephants
“, which is why we were very much looking forward to our game drive. Tarangire National Park is 2,850 km2 in size and is located near Lake Manyara at an altitude of 1,000 to 1,500 m. Especially during the annual dry season, many animals from other regions come to the park, which causes the highest large density of animals in Tanzania after the Ngorongoro crater. The landscape consists mainly of grassland, open tree savannah as well as dense bush and woodland. African monkey bread trees are also particularly often seen here. 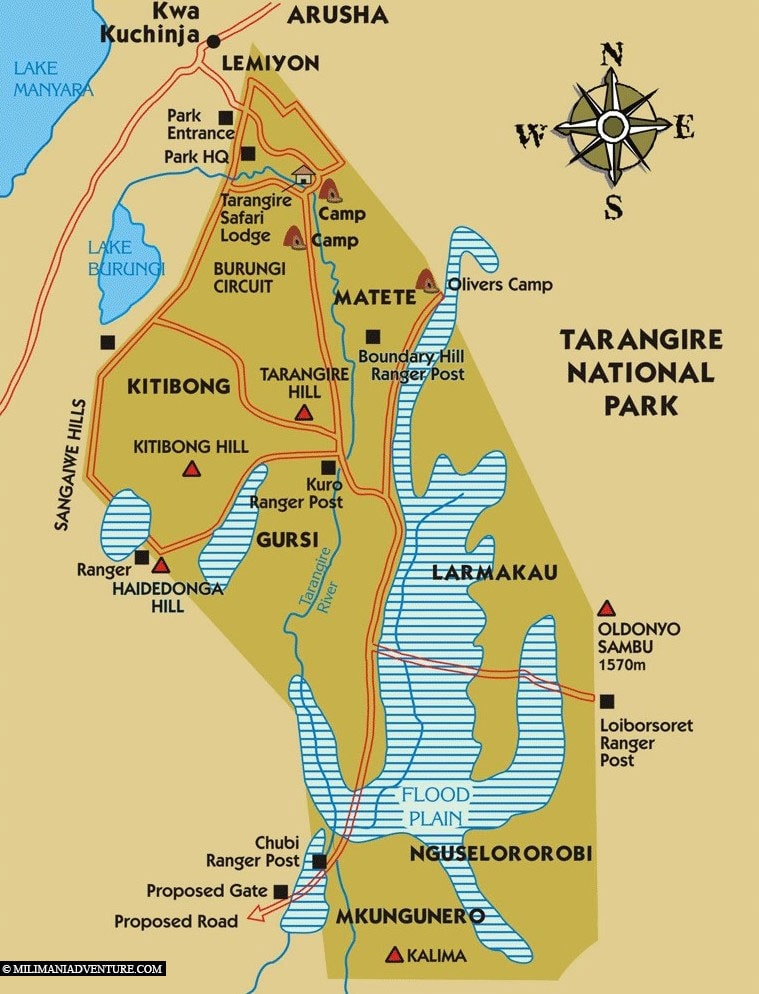 A map of Tarangire National Park

Our campsite on the edge of the National Park

But first we went to our campsite on the edge of the park to unload our cook and the tent equipment. During the time we were on a game drive with our guide, our chef Dixon always set up the tents and prepared the food for the evening.

From the campsite it took only about 10 minutes with our jeep to the main entrance of the national park. In the park we saw a large herd of elephants after a short time. We watched from the car for quite a while how they drink, eat or have fun in the mud. Especially the brave little elephant did it to all of us. After the extensive mud bath, it was funny to see the elephants covering themselves with sand and scrubbing at the trees 🙂

On the further drive through the national park we saw ostriches, monkeys, wildebeest, impallas, warthogs, waterbucks and much more. We drove through the park on different paths for quite a while and were back at our camp at sunset.

The night in the camp

We were very much looking forward to our first night in the tent. The tents were very generous, so you could even stand in them. There were also field beds with pillows and blankets. Unlike Kruger National Park in South Africa, there are no fences around the lodges, tent camps and the park in the Anansan National Parks. So it can happen at any time that animals come to the tents at night. Our chef Dixon prepared us again with the simplest means a super delicious dinner.

At night we actually heard the lions roaring and around 5 o’clock in the morning an elephant had got lost in our camp and only ate about 20 meters from our tent and scrubbed on the trees.

A video of the elephants in the national park

Here is a short video of the elephants in Tarangire National Park.