On our day tour through the Odenwald today, we first hiked the fairytale trail in the Obrunn Gorge in the morning and noon, looked at Fürstenau Castle, the Einhardsbasilica and the old town of Michelstadt and then walked a little through the alleys of the old town of Erbach. In the early afternoon we continued towards Lautertal to the rocky sea.

Day route through the Odenwald

Here again for an overview of our daily route through the beautiful Odenwald.

In the afternoon we arrived at the southern parking lot of the Felsenmeer. The rocky landscape is located on a mountain above Lautertal-Reichenbach in the front Odenwald and is a popular destination for many locals and tourists, especially at the weekend. The rocks of the rocky sea were formed by a collision between two original continents some 340 million years ago. As a result of the collision, rock melts formed, which cooled in the Earth’s crust at a depth of about 12 kilometers. In the following period (about 2.6 million to 10,000 years ago) the rock blocks were uncovered and transported downstream, where they gathered in gutters. A rather complex process, the result of which is the current rocky sea in the Odenwald.

To the right and left of the rocky sea, paths lead to the very top. In the middle there is a wooden bridge, from which you have a fantastic view of the extent of the rocky landscape. If you are on the road, you can also simply climb across the rocks. By the way, admission is free 🙂 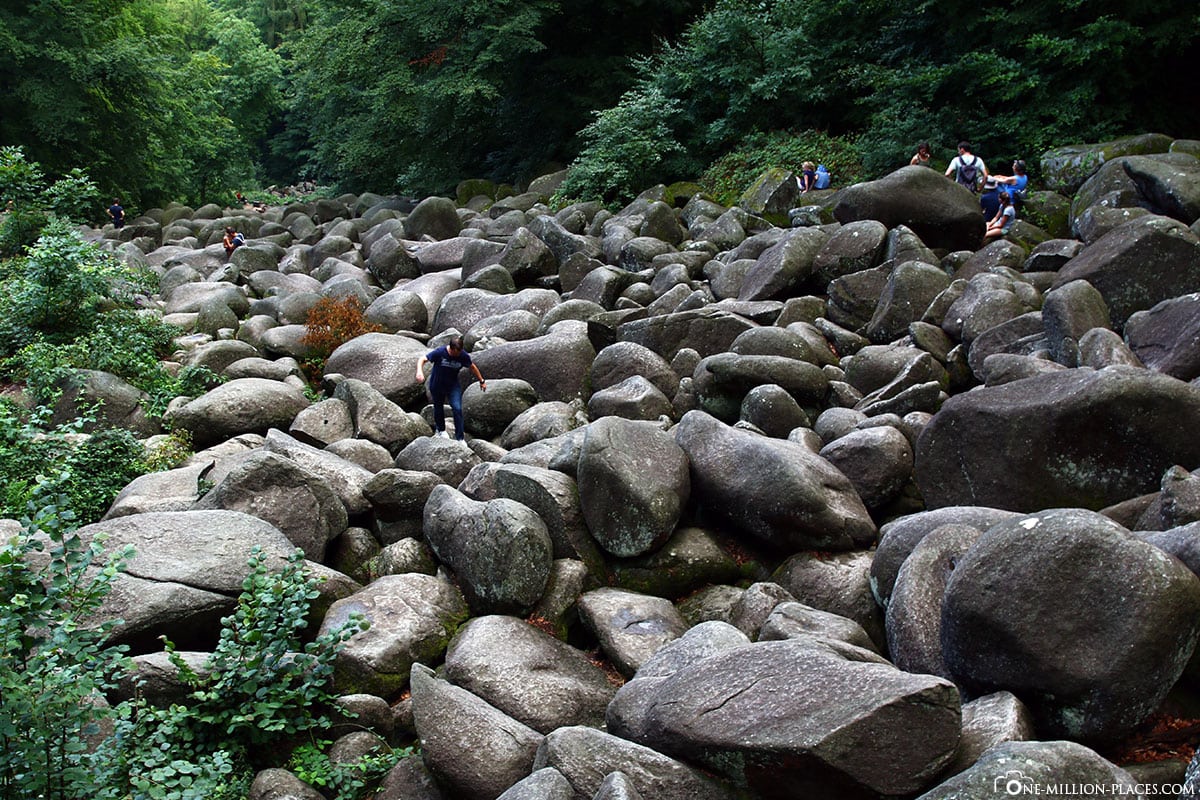 The rocky sea in the Odenwald

At the end of our sightseeing day we looked at a UNESCO World Heritage Site: The Lorsch Monastery. The monastery was a Benedictine abbey founded in 764. The history of the monastery ended when Mainz pledged the Lorsch monastery to the Electoral Palatinate. Almost a century later, the monastery was dissolved by the Elector in 1564 during the Reformation. On the former monastery hill there are still the three remaining buildings: the Royal Hall, the basilica fragment and the monastery wall. The picturesque Royal Hall with its colourful sandstone facade is considered one of the oldest fully preserved stone buildings in Germany of the post-Roman period. The extent of the original facility can be seen very well thanks to the addition of landscape architectural. 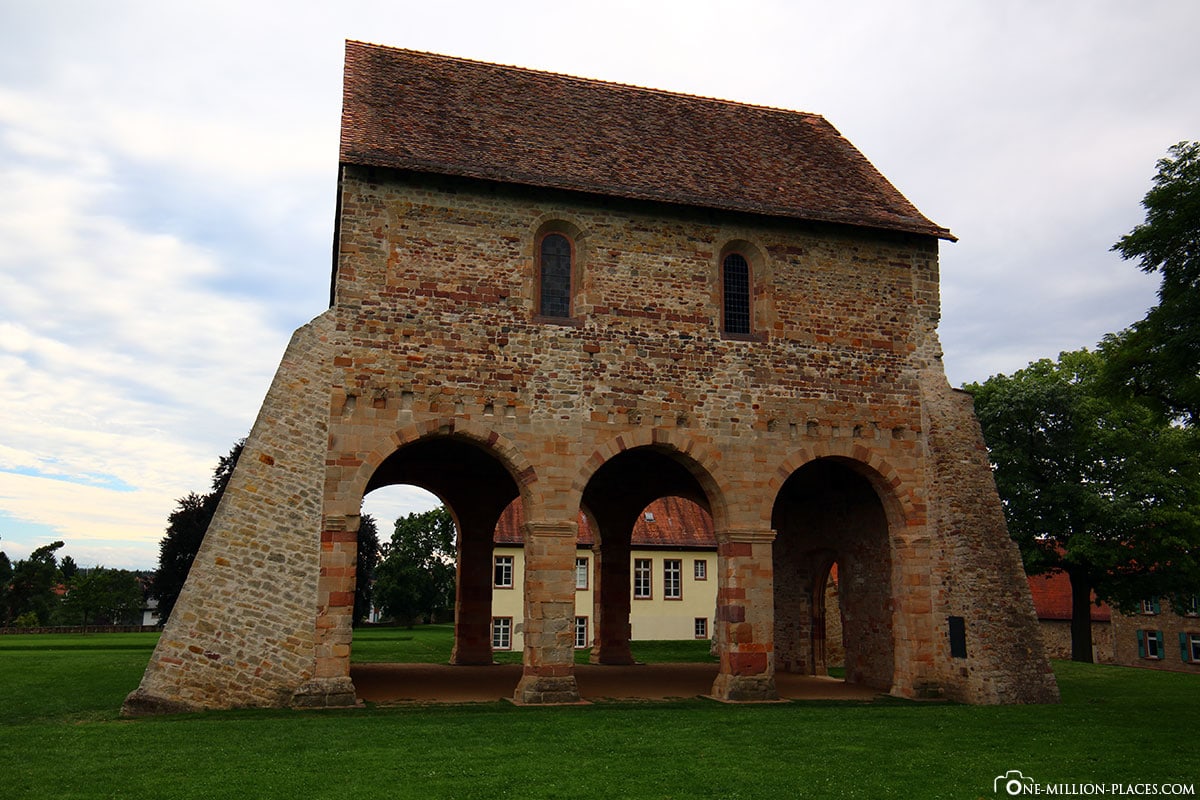 From the Königshalle stretches the small centre of Lorsch – the perfect place to have a bite to eat on a late summer evening and end the day with the evening sun. 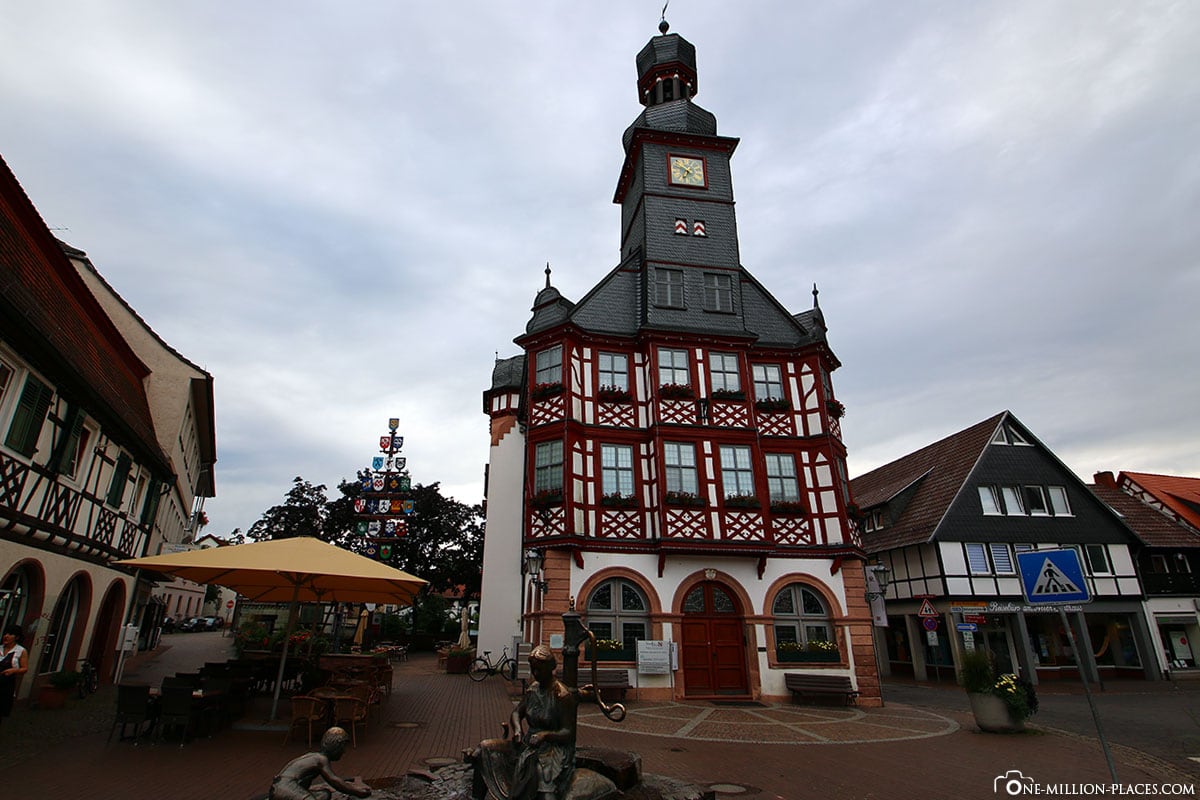 The town hall in Lorsch 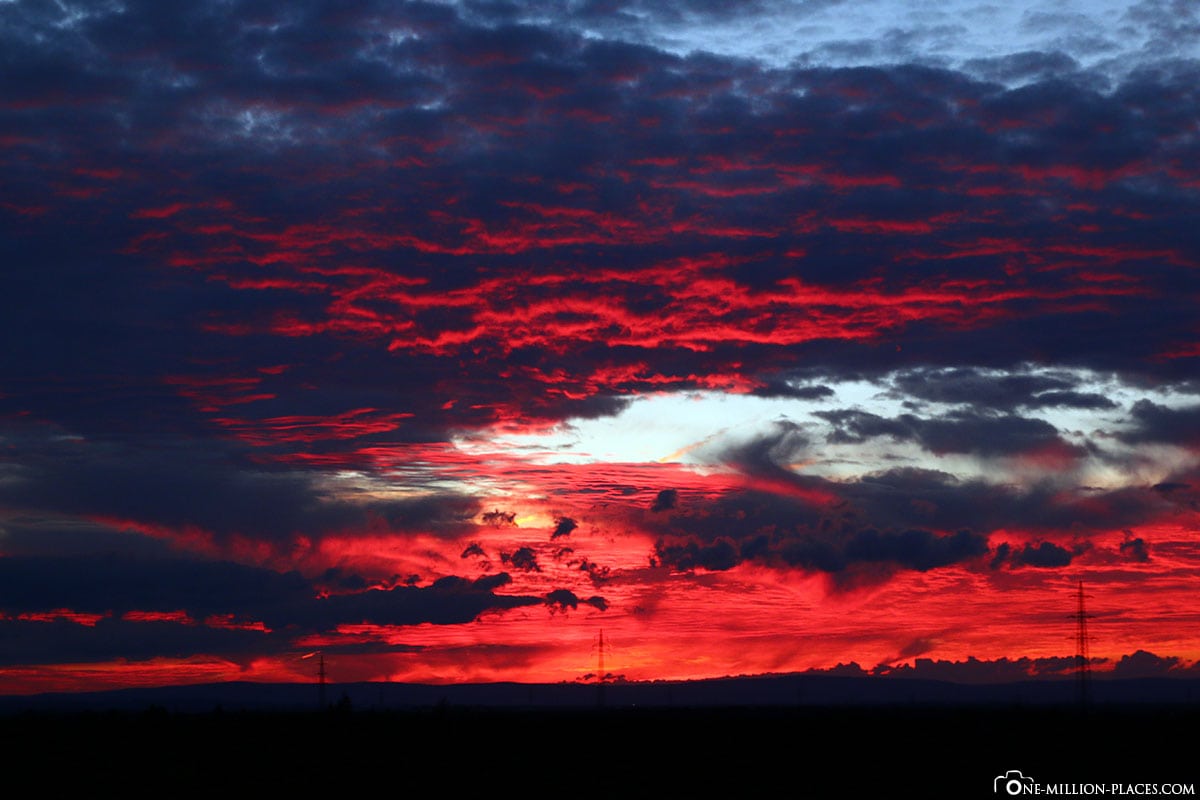