Sometimes you don’t have to travel far to discover something new 🙂 The occasion was a visit that awaited us at the weekend. Of course, one always wants to show its visitors something of the surroundings and since we live almost at the gates of the Odenwald, it was obvious to look at some attractions and sights of the Odenwald. Here you will find such beautiful cities as Michaelstadt or Erbach.

A day tour through the Odenwald

And so we have put together a beautiful daily route starting from Darmstadt to visit some of the most famous sights of the Odenwald.

The fairytale trail in the Obrunn Gorge

As early as the middle of the 20th century, a private citizens’ initiative had already emerged here in a large number of imaginative models of castles, castles, mills and forest huts as well as some sculptures from the world of legends and fairy tales, beautifully placed on the hiking trail: be it the Sleeping Beauty Castle, the Schwanenburg, the Wolfsburg, Rübezahl, Snow White & the seven dwarfs or a mountain church. We think this is a really great idea – so hiking is definitely fun 😉

The next stop was the small town of Michelstadt, which together with the nearby Erbach forms the centre of the Odenwaldkreis. On the outskirts of Michelstadt – in the District of Steinbach – lies the former Castle Fürstenau, which is still inhabited today by descendants of the Erbach-Fürstenau family. During the day you can easily walk to the grounds of the castle and look at it. The ensemble of the different houses on the site would really be a great film backdrop, we find.

The Einhards Basilica in Michelstadt

In the same part of the city, within walking distance of the castle, there is also the EinhardS Basilica, which was built in the 9th century by the Frankish scholar Einhard – a confidant of Charlemagne. The basilica is still very well preserved and is considered a beautiful example of carolingian buildings. 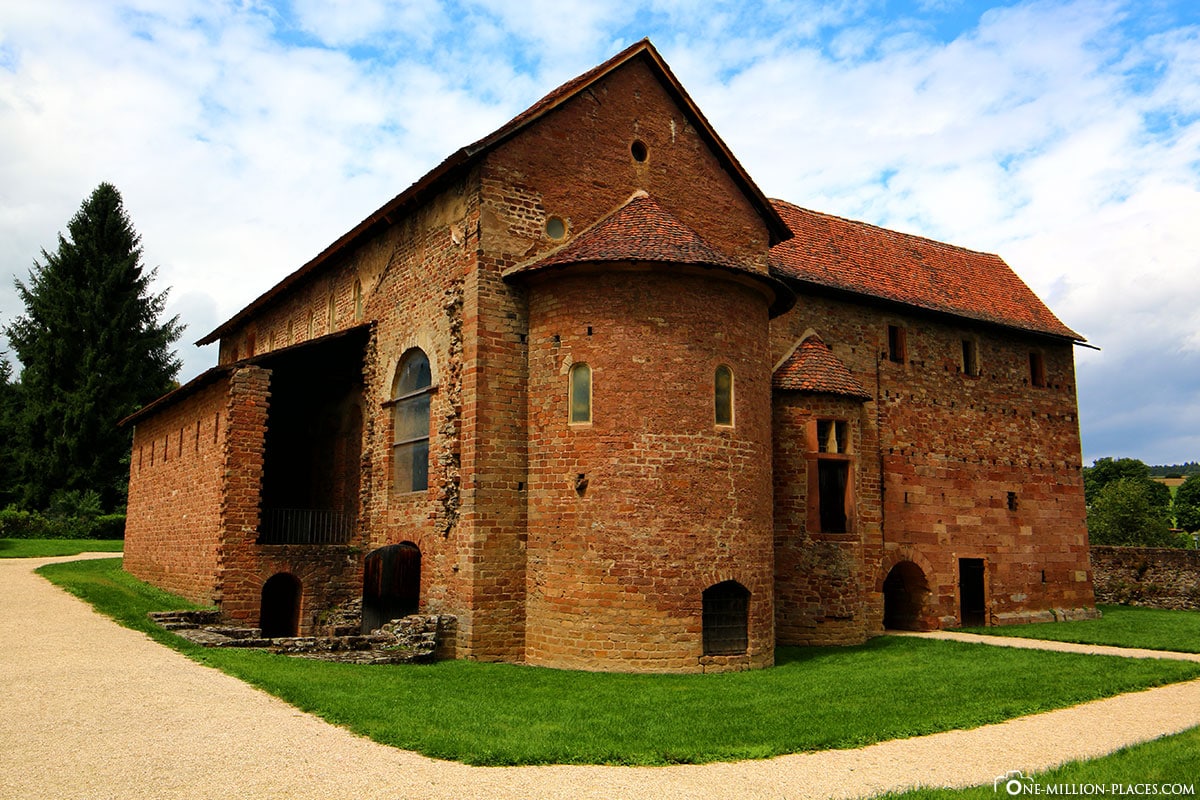 The Einhards Basilica near Michelstadt

The old town of Michelstadt with the historic town hall

The picturesque old town of Michelstadt with its cobbled, winding streets and half-timbered houses is world famous. Every year thousands of tourists come here from all over the world to marvel, for example, the historic town hall from 1484 and the beautiful market square. What we didn’t know before: In the 1970s, an enlarged replica of the town hall was built in the city of Blumenau in Brazil, which was once founded by German immigrants – crazy! 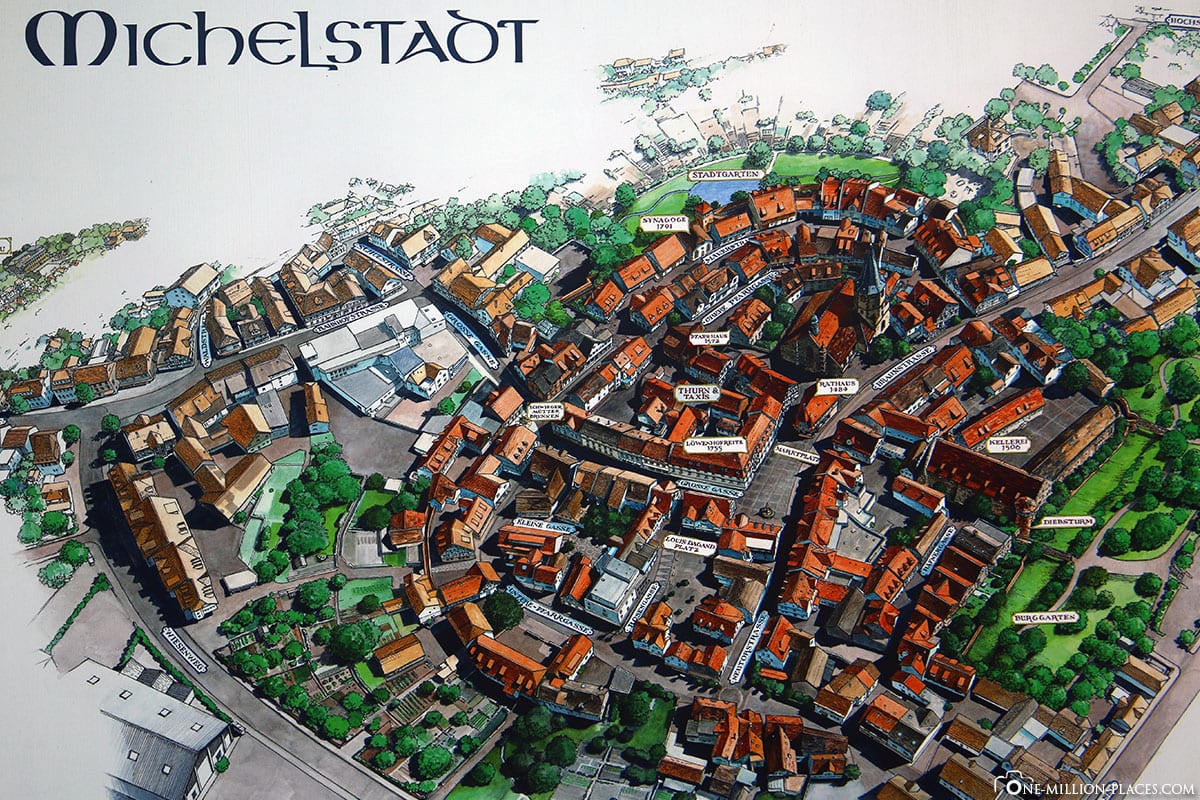 Behind the old town hall is the pink Protestant town church from the late Gothic period. The former city castle of Michelstadt is also located directly in the centre and is integrated into the city wall ring. The complex that can be seen today dates back to the 14th century. Today, the site is used for cultural events and markets.

The old town of Erbach with erbach Castle

Erbach borders directly on Michelstadt and has about 13,000 inhabitants. In the centre of the city is the castle of the Erbach-Erbach family. Today, the Erbach-Erbach family still lives on the upper floor. In the rest of the castle – which has largely belonged to the state of Hesse since 2005 – there are some exhibitions and collections, such as the German Ivory Museum. The castle complex also includes the late Baroque orangery with the garden, which is located diagonally opposite the castle and is beautifully planted.

Ivory in the Odenwald?

In both Michelstadt and Erbach we have noticed some shops and museums that deal with ivory carving. Ivory? Here in the Odenwald? At first, this seemed very strange to us. But in fact, the Odenwald is the stronghold of the ivory carvers. This has been an integral part of history for over 200 years. At the end of the 18th century, the ivory carving came to the Odenwald via the reigning count Franz I of Erbach-Erbach. At that time, ivory figures in the Rococo were very popular and were highly appreciated at the princely courts. The count supported the workshops on site, provided material and founded the guild of ivory carvers. Today there is a species protection law and ivory is strictly controlled by the authorities. For this reason, one has also switched to the mammoth ivory, which can also be carved very well due to the material hardness.

In the 2nd part of our day tour today we went to the rocky sea in Lauterbach and the UNESCO World Heritage Monastery Lorsch.