Today we started again at 6 o’clock in the morning, because we wanted to make a morning game trip through the northern part of the Serengeti before our long return trip to Arusha. At the reception we quickly grabbed our breakfast boxes and drove off.

Our game drive in the Lobo area

At first we took a short drive in the area of our lodge, but unfortunately there were only a few animals to be seen there.

The main road B144 through the Serengeti

But since today we were still a good 380 kilometers to Arusha and 7 hours drive ahead of us (Google Maps), we slowly made our way to our camp in Seronera, where our chef waited for us with the rest of the luggage.

On the way along the main road B144 through the Serengeti National Park we saw some hyenas, giraffes and jackals. Great was a really big herd of elephants of about 30 animals.

Another highlight were two lion males,which lay quite serenely next to a tree. Really absolutely imposing animals!

On the further game trip we saw about 30 vultures, who have just eaten the last remnants of a wildebeest.

On a river there was an encounter between a crocodile and a buffalo, who had looked at each other with curiosity for a while, but then decided to go their separate ways 😉

Cheetahs in the Serengeti

And then we finally saw something that we had been looking for over and over again over the last few days: two cheetahs! In Africa, the number of cheetahs has fallen by 90 percentin the last hundred years alone. They are relatively shy, can’t roar eerily as the only big cats and are marginalized by the lions, who are both physically and numerically superior. The Serengeti National Park in Tanzania and the neighbouring Masai Mara Nature Reserve in Kenya are home to more than 3,000 lions and an estimated 1,000 leopards,but only 300 cheetahs [Source: nationalgeographic.de]. So we were really happy that we saw these two cheetahs on our safari.

Around 10 o’clock we arrived at our camp from the penultimate night, collected the tents and our cook and drove towards the exit gate of the Serengeti National Park. And even here there was another highlight: a tree on which about four or five lions lay. At noon we left the Serengeti and drove back over the Ngorongoro crater rim and Lake Manyara back towards Arusha.

Our hotel in Arusha

After a car breakdown we arrived at our Hotel Torch Budget Inn in Arusha after a long drive around 6 pm. After our safari we had booked another night at the Torch Budget Inn, as our flight to Sansibar did not go until the next day. We were only given a room on the top floor, but the door could not be closed. The alternative room was ok. Very very simple and not clean in every corner, but sufficient for one night. The breakfast was very manageable: toast and jam. If you wanted, you could still order egg. We wouldn’t stay here again. 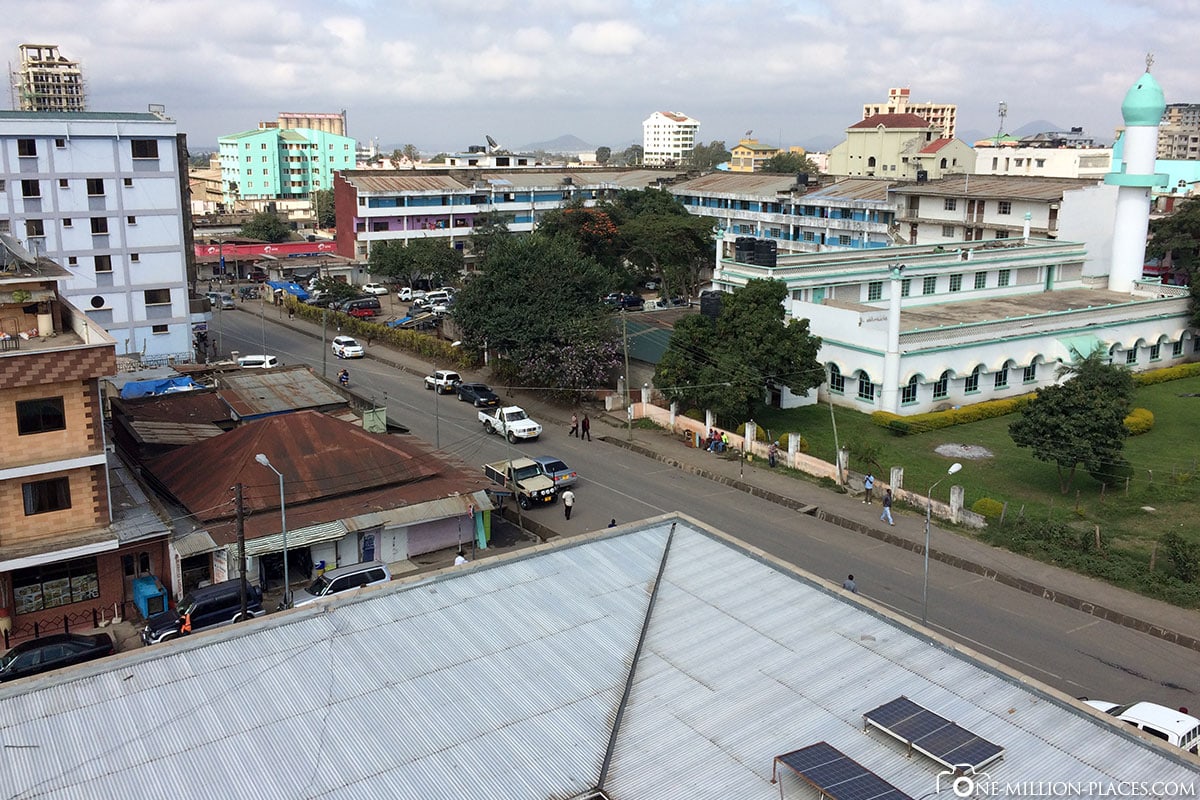 View from the roof of the hotel on Arusha

We can’t say much about Arusha itself and haven’t really seen much of the city. Probably a typical African city with about 350,000 inhabitants. The city is the centre of Anansan tourism, which is also the most important economic activity. Due to the many safari tourists who come to Arusha, the city is sometimes jokingly called Dar’s Safari, in reference to Dar es Salaam. In addition to Dar es Salaam, Arusha is one of Tanzania’s most important industrial sites [Source: wikipedia.de].

Two hours later we were four with Simone, an employee of our safari agency, for a barbecue in a small local restaurant. There were two other Germans who had just returned from their safari. The funny thing: for them, Tanzania is the beginning of their 3-month world tour, for us the end 🙂 So there was enough talking material and around midnight we fell into bed completely tired. 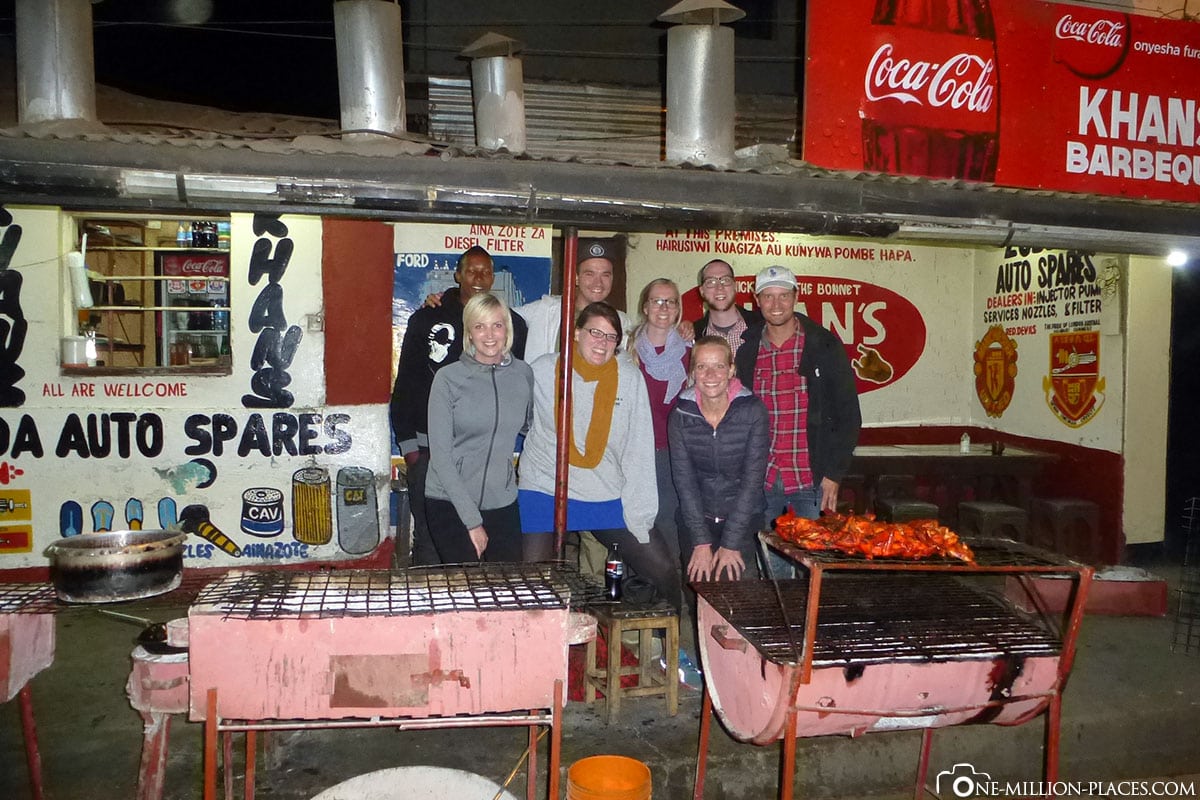 The video of an ostrich pairing in the Serengeti

Very interesting was an ostrich pairing, in which both males and females perform a kind of courtship dance before the actual act occurs.