At the end of our world tour, we made only one trip to Zanzibar: by boat we go to the nearby Mnemba Island for diving and snorkeling.

Mnemba Island on the east coast of Zanwibar

Mnemba Island is located about 4 km northeast of Zanzibar and its reef extends over a length of about seven by five kilometers.

Mnemba is especially popular with divers, as a variety of corals and over 600 different coral fish are native here. Three different species of dolphins and soup turtles can also be spotted here. The island itself can only be entered by the hotel guests of the luxury hotel there. 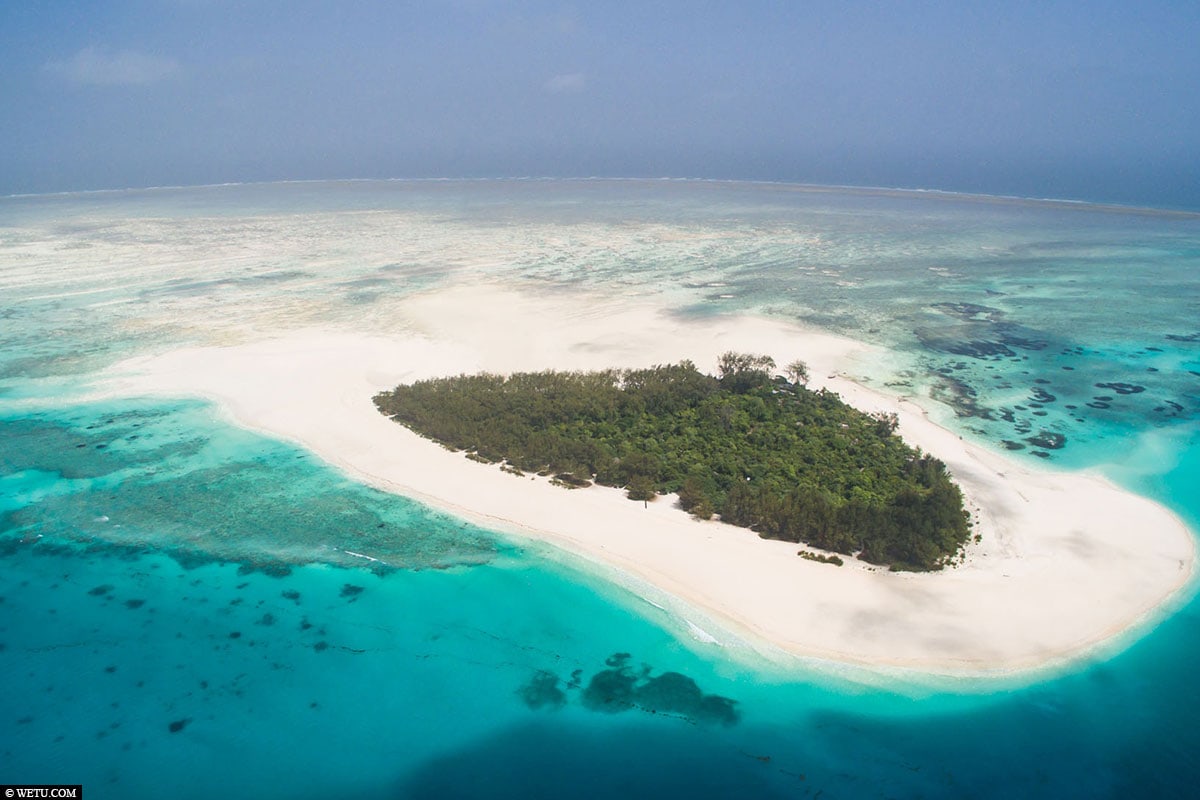 After we had already gathered our diving equipment the day before, today at 9 o’clock was meeting point at our diving school Extreme Diving Center. From here we started in the best weather and bright sunshine. The journey to the island, 4.5 km away, took about 45 minutes. It has a very fine sandy white beach and is surrounded by a tropical coral reef with crystal clear water. The sight from afar was already fantastic.

Just before the island we stopped to dive our first diving spot The Small Wall. We were under water for about 45 minutes and saw a light blue moraine, firefish, stingrays, various nudibranchs, a stone fish and large schools of fish. The second dive spot was then southwest of Mnemba Island and was called Aquarium. Here we have seen some turtles, stingrays, a moraine and many small reef fish.

As soon as we were back on the boat, our diving guide called “Dolphins, Dolphins“. So we quickly grabbed our snorkeling equipment and jumped back into the water. And then we saw them: a group of about 20 dolphins,who swam calmly and without fear right in front of us in the water. Insanely impressive, because we have never seen dolphins so close while snorkelling or diving!

Short break on a lonely sandbank

During our surface break we made a stop on a beautiful, snow-white sandbank in the middle of the turquoise shimmering sea.

Our video of diving & the dolphins

Here you can find our accompanying diving video and the swimming with the dolphins (from 4:08 min).

Afterwards we took the boat back to our hotel, where we arrived around 4 p.m. It was a beautiful day! 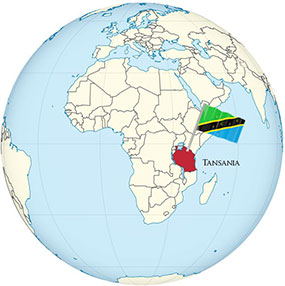