After the departure in Doha at 4 a.m. and a short stopover in Dar Es Salaam, we landed on time today at 9 a.m. with Qatar Airways at Kilimanjaro Airport in Tanzania. Here is the beginning of our 7 days Safari in Tanzania.

The country of Tanzania with its 54 million inhabitants is a state in East Africa on the Indian Ocean. The capital of the state is Dodoma, but the seat of government and largest city is the coastal city of Dar es Salaam. Other large cities are Mwanza, Arusha, Mbeya and Morogoro. In the northwest of Tanzania lies the Serengeti, one of the most famous national parks in Africa and since 1981 part of the UNESCO World Natural Heritage. The United Republic of Tanzania also includes the island of Zanzibar.

Germans need a visa that can be obtained either at home or directly upon arrival at the airport. We opted for a visa-on-arrival, which cost USD 50 per person.

Planning of the safari through the Serengeti

Last year we already did a tour of the Kruger National Park in South Africa and were so enthusiastic about it that it was clear to us that a safari on our world tour must not be missing. The choice was made quite quickly on Tanzania,because here you can combine great safari & beach. Unlike in South Africa, however, it is much more difficult in Tanzania to drive alone through the national parks, as these are not yet so well developed for self-driving cars. From official sites it is also recommended to book a safari through a tour operator. After countless researches and price comparisons, we finally decided on the agency Paradies Safaris, which from our point of view had the best price-performance ratio and were also very friendly and professional in contacting and organizing. 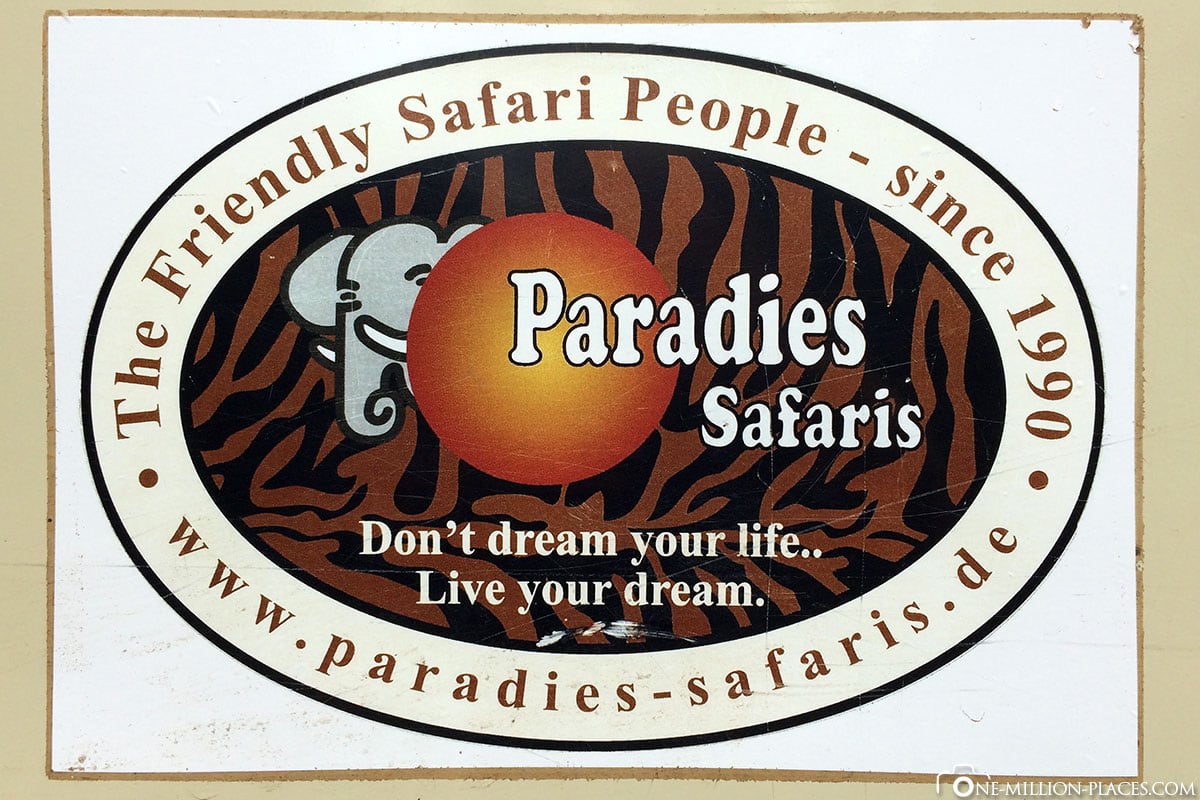 Here is our itinerary for the next few days: 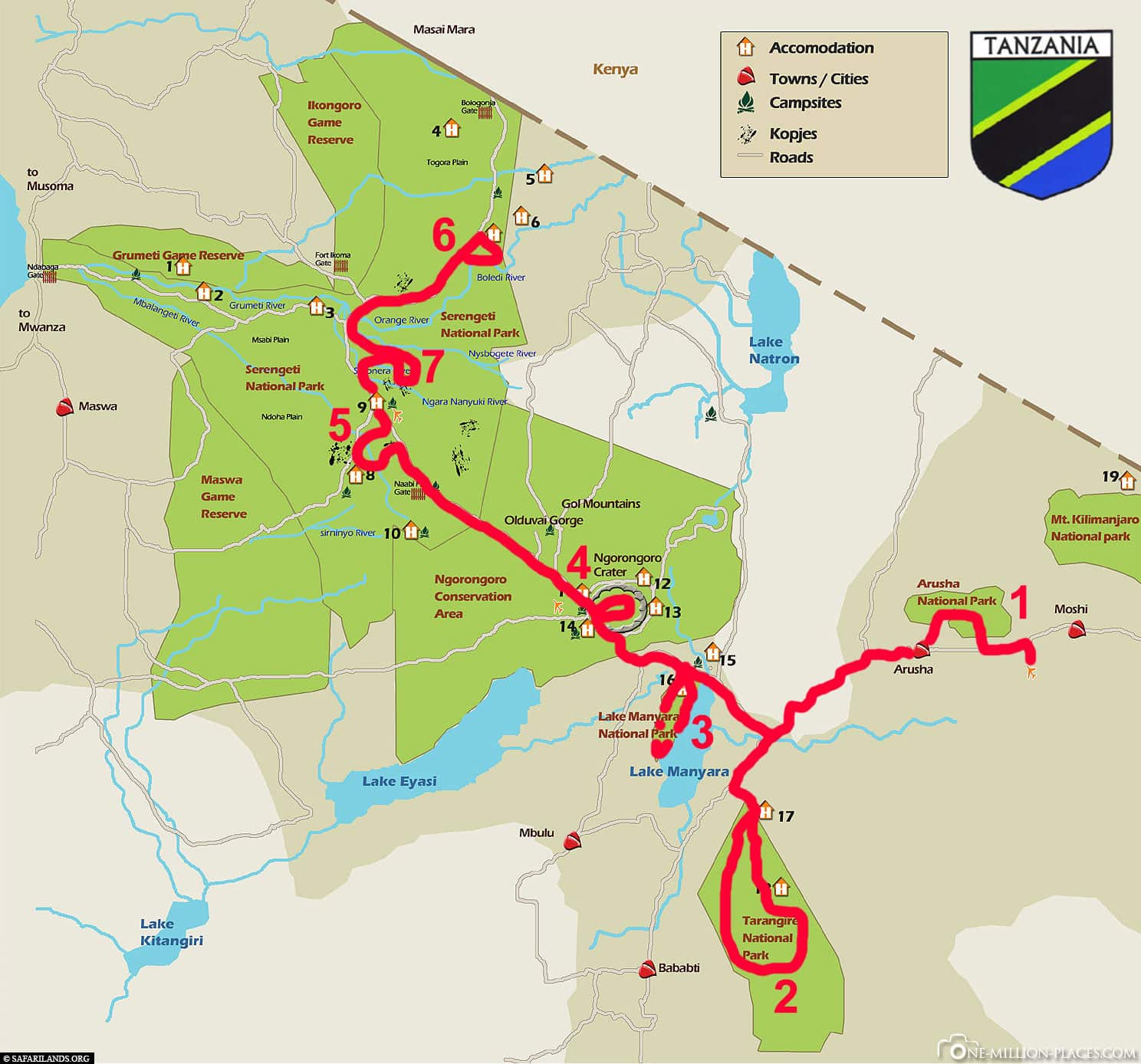 The itinerary of our 7-day through Tanzania

The start of our tour

After the baggage claim at Kilimanjaro airport, a driver was already waiting for us, who took us to an intersection about 20 minutes away. Our car waited there – with our guide John, our chef Dixon and two other German holidaymakers Sabrina and Sebastian. Now we were all complete and our seven-day tour through northern Tanzania could start 🙂 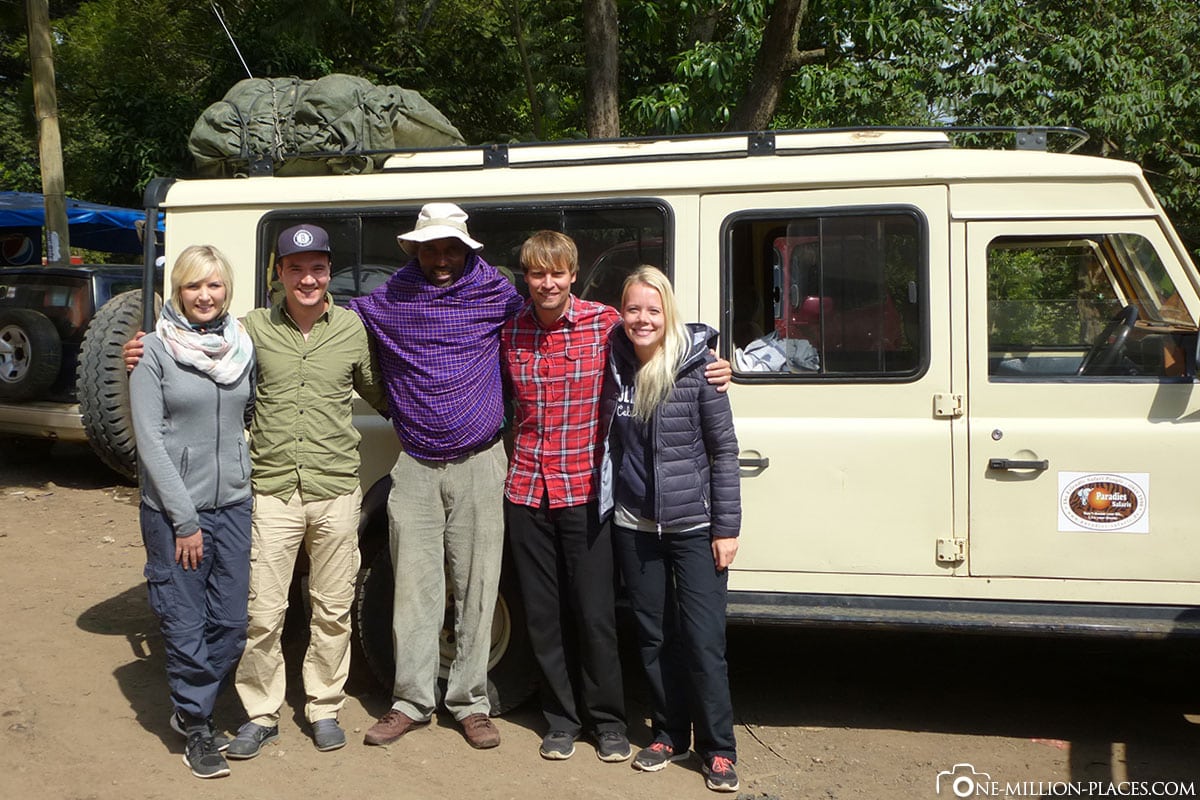 The start of our tour