After 7 wonderful days in the Caribbean, our cruise with carnival Valor ended today again in San Juan, the capital of Puerto Rico.

Day
14
of our trip around the world

Checking out at Carnival Valor

The day before, an information sheet was distributed with the most important information on check-out. We opted for the Self-Assist variant and had to carry our luggage from the ship and check it out the morning after breakfast. But it all happened quite quickly. 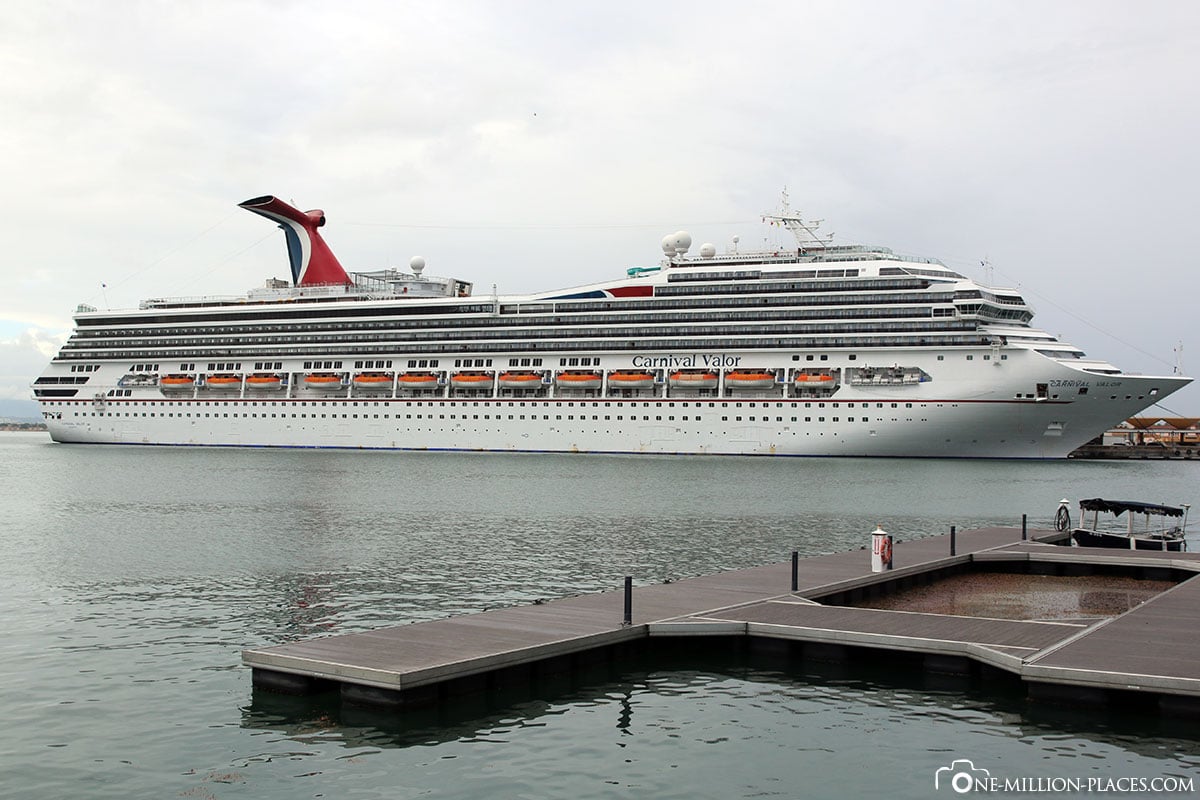 The end of our cruise in San Juan

For San Juan we chose the Hotel Radisson Ambassador Plaza Hotel & Casino San Juan (now AC Hotel by Marriott San Juan Condado). We stayed here one night after our cruise, because we wanted to look at the city a little bit. Located in the Condado district, the hotel was very easy to reach from Cruise Terminal by bus 21 or 53. The bus stop was just a few meters walk from the hotel. The check-in at the hotel was easy, but unfortunately we could not move into our room in the morning as it was still occupied. The room was very spacious – had a kind of anteroom with sofa, desk and TV as well as a separate bedroom. Everything was very clean and tidy. WiFi was available for free.

Since it was early morning and we couldn’t get to our room yet, we only handed over our suitcases at the hotel and went on a discovery tour of San Juan. The first stop was Playa Concha, which is only a short walk from the hotel. We can’t say if it might look different here at other times, but we didn’t really find the beach inviting, where there are some big hotels like the Marriott Resort. From the beach we walked on towards Old San Juan.

The first port of call was the Capitol in San Juan and a small park behind it, with statues of all presidents of the United States (“Walkway of the Presidents”).

From there we walked on to Fort Castillo San Cristobal, which is part of the National Park Service of the USA and has been a UNESCO World Heritage Site since 1983 together with the residence La Fortaleza and the historic site of San Juan National Historic Site in the Old Town.

To the north of the old town is the cemetery of Santa Maria Magdalena de Pazzis. Due to its direct location by the sea and the many beautiful white tombstones, this is absolutely worth seeing.

From there we walked to the second Fort Castillo San Felipe del Morro. The entrance fee for both fortresses is only 5 dollars and the ticket is valid for one week. The location of the fortress is really great, but otherwise there is not much to see.

The Old Town of San Juan

Afterwards we strolled a bit through the old town of San Juan in bright sunshine, which with its many small shops, restaurants and colorful houses is really very nice and we liked very much.

Back to the hotel in Condado we took a taxi, which cost around 20 dollars.

All travelogues from our Southern Caribbean Cruise

The Carnival Valor of the shipping company Carnival Cruise Lines has a capacity of almost 3,000 passengers and over 1,000 crew members. The ship, built in 2004, is 290 metres long, 35 metres wide and belongs to the so-called "Conquest Class". The Carnival Valor is a classic cruise ship that offers a wide range of entertainment. There is a huge theatre, a casino, numerous bars, a disco, a karaoke bar, sauna, jacuzzi, steam bath, a fitness centre with jogging track, two pools and several restaurants. Our route led us for 7 days through the southern Caribbean with stops in Puerto Rico, Saint Thomas, Barbados, St. Lucia. St. Kitts and St. Martin. 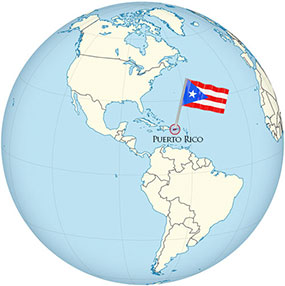