At 9am we started with four other divers. To Tulamben, where the wreck lies, it was an hour drive.

Arrived at the beach, after a short briefing from our guide we walked directly into the water with our equipment.

In contrast to our last dives this was not a Boat Dive, but a Shore Dive. Makes sense here, because the wreck is only a few meters away from the beach in the water.

The USAT Liberty was a supply ship of the US Army and was already built during the First World War. In 1943 it was torpedoed by a Japanese submarine and then put on the beach of Bali. In the following years the ship decayed more and more on the beach until it slid from the beach into the sea when a volcano erupted in 1963. Since then it has been lying on its side across the beach in a water depth of about 9 to 30 metres. The wreck is one of the most famous dive sites in Bali, so there were many divers. However, since the ship is 120 meters long, it has spread quite well.

Altogether we made two one-hour dives at the wreck – each at different places and with a lunch break in between. The wreck is partly very dilapidated but it is covered with soft and hard corals and there is something to see at every corner. We saw turtles, stingrays, lion fish, many puffer fish, an eel garden, trumpet fish and much more.

Our video of the dives in Bali

Here a video of our two dives at the wreck of the USAT Liberty. 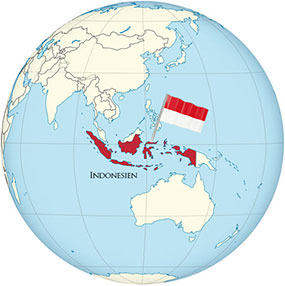