The last night before our flight to India we wanted to stay in Kuta as this is only a quarter of an hour away from Denpasar airport.

The journey from Candidasa to Kuta

Already the day before we had reserved two seats in the minibus of Perama Tour, which was supposed to leave at 13 o’clock in Candidasa. The drive from our hotel Puri Bagus Candidasa Resort took about 2 hours due to the heavy traffic on the route.

Our hotel in Kuta

From the terminus of the bus stop we walked to our hotel Terrace at Kuta. We stayed here for one night before our departure. The hotel is located in a side street. Our room was quite small, but clean and modern furnished. The window was to the inner courtyard, so it was quiet even at night. Unfortunately the free Wifi did not really work. The connection was very faltering. The breakfast was ok. There were some warm clothes, toast, muffins and croissants. To the beach you need about 8 to 10 minutes by foot. The hotel’s own pool is in the inner courtyard, so that unfortunately one does not get much sun. To the airport we paid 50.000 IDR with the Bluebird Taxi. The price-performance ratio is really great in this hotel. 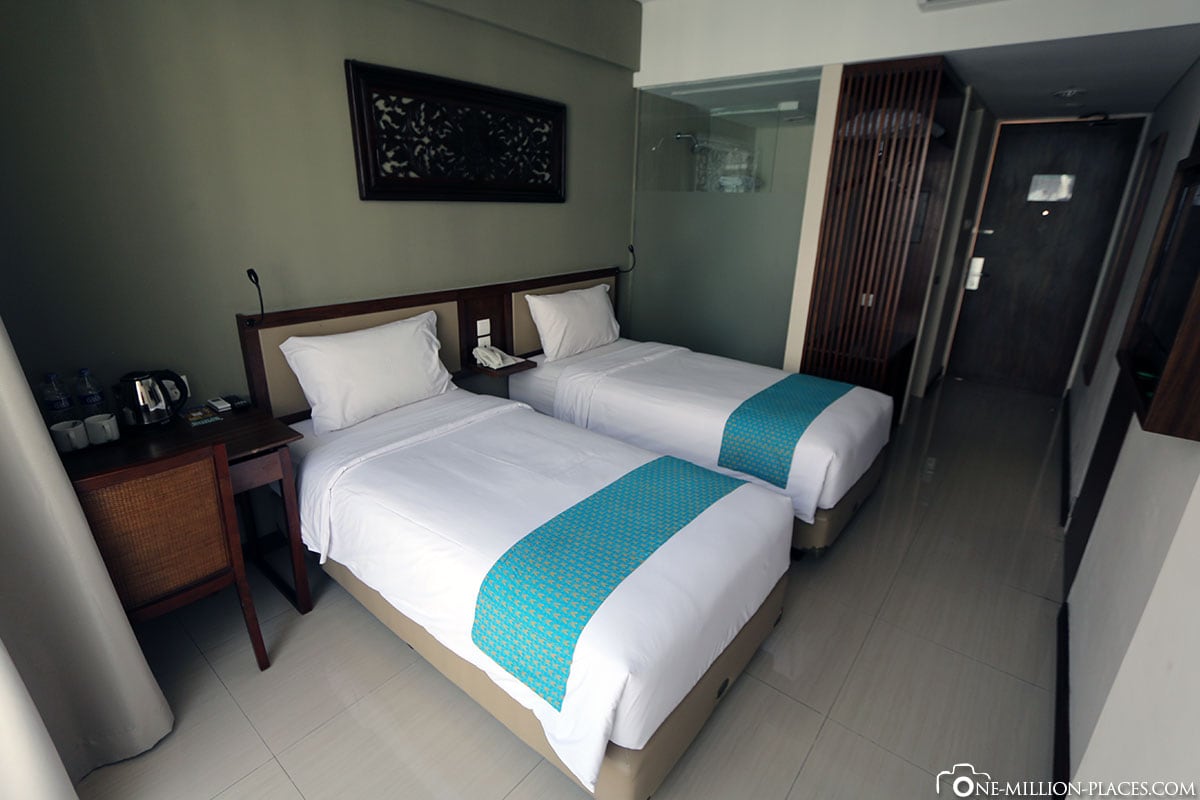 The tourist town of Kuta

Kuta is the biggest tourist center of Bali. Here you will find many hotels, restaurants, bars, clubs and souvenir shops. After we arrived, we put down our stuff for a short time and left again – after all, we wanted to see a little bit of the surroundings.

The first starting point was the beach, which we walked along a bit. A little further in the city there is a monument that reminds of the terror attacks of 2002. Almost at the same time, bombs were detonated in two bars and in front of the American consulate in Denpasar. The attack killed 202 people – mostly foreign tourists – and seriously injured 209. Most of the shops are located around the streets Jl. Legian and Jl. Pantai in Kuta. When it got dark we walked a little through the streets, ate something and watched the hustle and bustle.