Today we flew from Kuala Lumpur (Malaysia) to Manila (Philippines) at 10.55 am and landed at Ninoy Aquino International Airport at around 2.35pm.

Our flight from Kuala Lumpur to Manila

Manila – the Capital of the Philippines

Manila is the capital of the Philippines and has about 1.7 million inhabitants. The Manila metropolitan area has a population of about 12 million. The capital is the political, economic and cultural centre of the country as well as transport hub with universities, universities, theatres and museums. Because Manila was for a time the seat of the Spanish colonial administration, there are many Catholic churches in Manila, which are also under the protection of UNESCO.

Manila served us only as a short stopover on the way to Dumaguete on the island of Negros. A detailed travel report to our Hotel G Hotel Manila by Waterfront and Manila will follow.

Manila has several Starbucks stores and also its own coffee cup 🙂 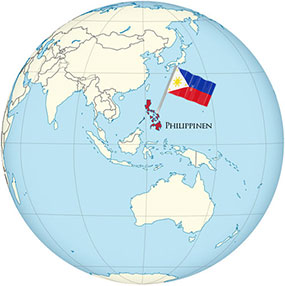