This morning we were picked up by a shuttle service from our hotel in Hanoi and taken to the N’i Béi International Airport. Our next destination is: Singapore!

Singapore is the third city on our world tour, along with Las Vegas and Orlando, that we have known from previous trips. However, as it was the cheapest flight from Vietnam to Indonesia, we still planned Singapore as a small stopover on our way. Around 5 p.m. we landed at Singapore Airport with Tigerair. Entry is easily possible for Germans with a passport, no visa is required. Up-to-date travel and security advice can always be found on the website of the Foreign Office. With Singapore’s metro, the MRI, we then drove directly from Changi Airport to the city. The metro from the airport to the city is really cheap, especially compared to many other world cities. We paid 2.40 Singapore dollars, just 1.60 euros.

Our hotel in Singapore

Around 7 p.m. we arrived at our Hotel Parc Sovereign Tyrwhitt which we had booked for one night. The hotel is 5 minutes’ walk from Lavender Metro Station, providing great access to the airport. A large supermarket and a very cheap food market with local food is also nearby. We had booked a superior room for one night – this is the cheapest room. Everything was clean and modern. The room was very small with a small window in the courtyard. You didn’t really know where to spread your suitcases – then you couldn’t move around the room. The free wifi worked wonderfully. What unfortunately didn’t work: We had asked for a second ceiling at the reception, which then after three reminders and five (!) Hours later, we were finally brought to us. In the evening we had sent an e-mail to the reception e-mail address with documents to print (boarding passes and visa documents), asking us to print them out and give them at check-out. When we asked for the documents the next morning, the mail suddenly became untraceable. Incredibly! 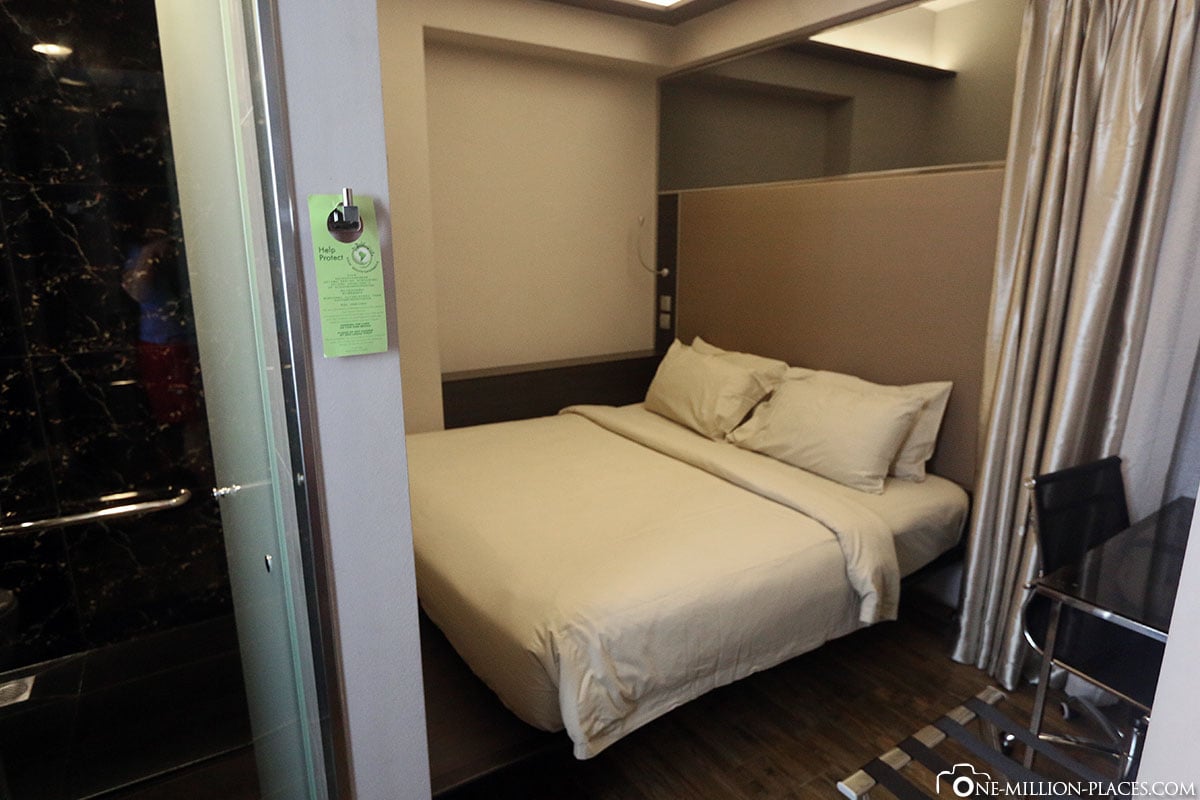 Our really small room at the Hotel Parc Sovereign Tyrwhitt

Since we wanted to see a bit of the city, we quickly parked our things in the hotel, went for a short meal and then drove towards the city. Our destination was Marina Bay, a younger part of Singapore built on a piled-up land. Highlights in this area include the Singapore Flyer, which is currently the second largest Ferris wheel in the world after the Linq High Roller in Las Vegas. From here we went on to the Fountain of Wealth in the office and shopping district Suntec City.

Then we went on to the architecturally unique Marina Bay Sands Hotel with its 2,500 rooms. On our last stay in Singapore two years ago, we stayed here and were able to try out the great 146-metre infinity pool on the hotel’s roof. In the foreground you can see the ArtScience Museum, which was modelled on the shape of a lotus flower.

Gardens by the Bay

Behind Marina Bay Sands is the Gardens by the Bay, a large park. Already from a distance you can see the Super Trees – plant-covered steel scaffolding with heights between 25 and 50 meters, which serve, among other things, the rearing of rare plants and the production of electricity. In addition, there are two glass-enclosed biotopes in the park (Flower Dome and Cloud Forest), each showing different plants from different climate zones.

From the shoreof of Marina Bay you can take a great picture of the skyline of Singapore. There is also a daily water and laser show. More information about the free show can be found here. 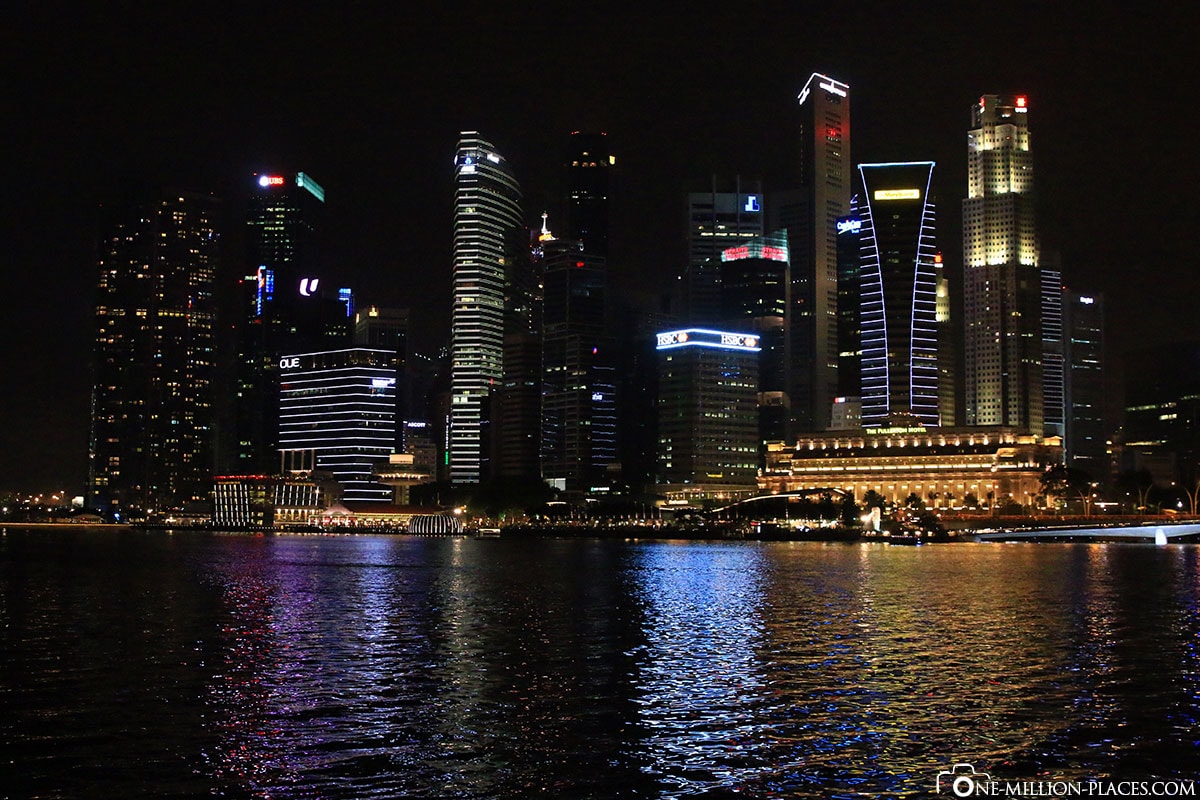 Around midnight we arrived back at the hotel after a short sightseeing program and fell into bed, because tomorrow the alarm clock rings for us already at 7 o’clock.

Singapore has several Starbucks stores and also its own mug 🙂 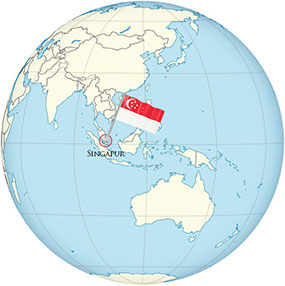