Today was the start of our three-day tour through the salt desert “Salar de Uyuni” and the Andina Eduardo Avaroa National Park in Bolivia with the fist stop at the old railway cemetery in the desert.

Our flight from La Paz to Uyuni

At 6.30 p.m. our plane went from the airport in La Paz with Amaszonas Airlines to Uyuni. 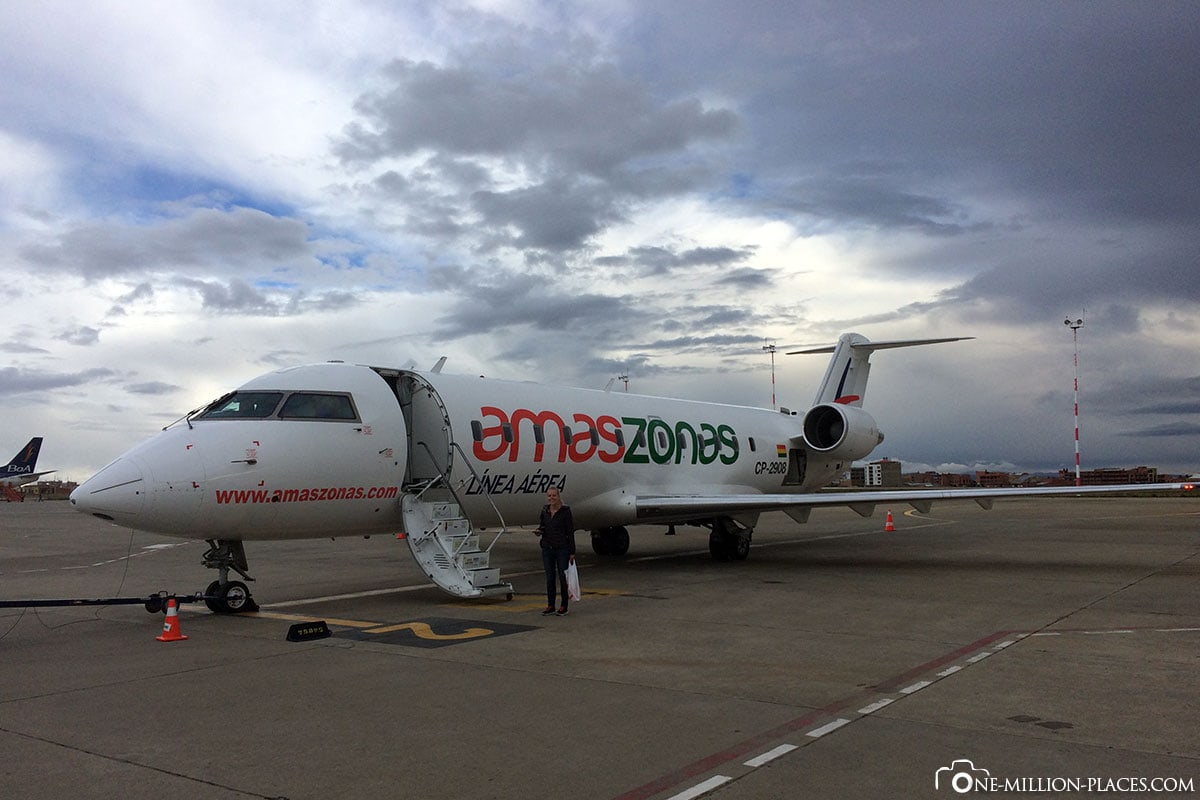 Our flight from Santiago de Chile to Uyuni

Arriving at the really small airport of Uyuni, a taxi driver was waiting for us and took us to our hotel La Petite Porte. Tomorrow we start our 3 day tour through the “Salar de Uyuni” and the “Reserva Nacional de Fauna Andina Eduardo Avaroa”.

The city of Uyuni

There is not much to say about the city of Uyuni itself. The city was founded in 1889 as a military site and is located at an altitude of 3675 meters. If you quote from reports from Tripadvisor, there is something like “a bleak, godforsaken place” or “no one would get lost here“. There is really nothing more to add to that. Somehow it would have been only missing that a thorn bush would have rolled over the dusty streets from left to right as in an old western film 🙂

After our flight from La Paz to Uyuni yesterday we had spent the night in the small hotel La Petite Porte.

In January 2015 we stayed at “La Petit Porte” one night before our three-day tour of the Salar de Uyuni. We arrived in the evening and Christophe – the host and owner of the accommodation – welcomed us kindly and showed us everything. From the reception area you walk through a light-flooded outflow into the respective rooms. We had booked a double room, which was very tastefully decorated. There were also ways to cook tea. The open bathroom is integrated directly behind a wall in the room. Unfortunately, the toilet is only separated with a swinging door – privacy adé. The shower is open (without door). Everything was very neat and very clean. Breakfast was included in the price and we took it right in front of our room in the light-flooded hallway. We were able to choose what we wanted and everything was brought to the table.

During our jeep tour we were able to place our suitcases in the guesthouse, which was great. If you go out of the hotel to the right, you walk about 5 to 7 minutes to the nearest small shop. All in all highly recommended. Certainly one of the most beautiful guesthouses in Uyuni.

The start of our Bolivia tour

We had already booked our 3 day tour, which starts today, via the agency “Red Planet Expedition“. The price was USD 175 per person. At 11 o’clock we started with our packed Toyota Landcruiser. In addition to us, our driver José and our guide Eddie, there were four other people: Alexander and Desirée from Switzerland as well as Thomas and Ida from Denmark.

The railway cemetery in Uyuni

Our first stop on the tour was the Uyuni Railway Cemetery (“Cementerio de los trenes”), where up to a hundred years old discarded trains and steam locomotives can be seen. The railway cemetery is located just a few kilometres south of Uyuni and is considered the largest railway cemetery in the world.

Unfortunately, the locomotives are doomed to rot in the wild. For the most part, these are very rusty and completely excavated, but still impressive.

We then had our lunch in a small accommodation, which consisted entirely of salt – the walls, the table and the chairs… everything was made of salt. There was also a small museum with sculptures made of salt. 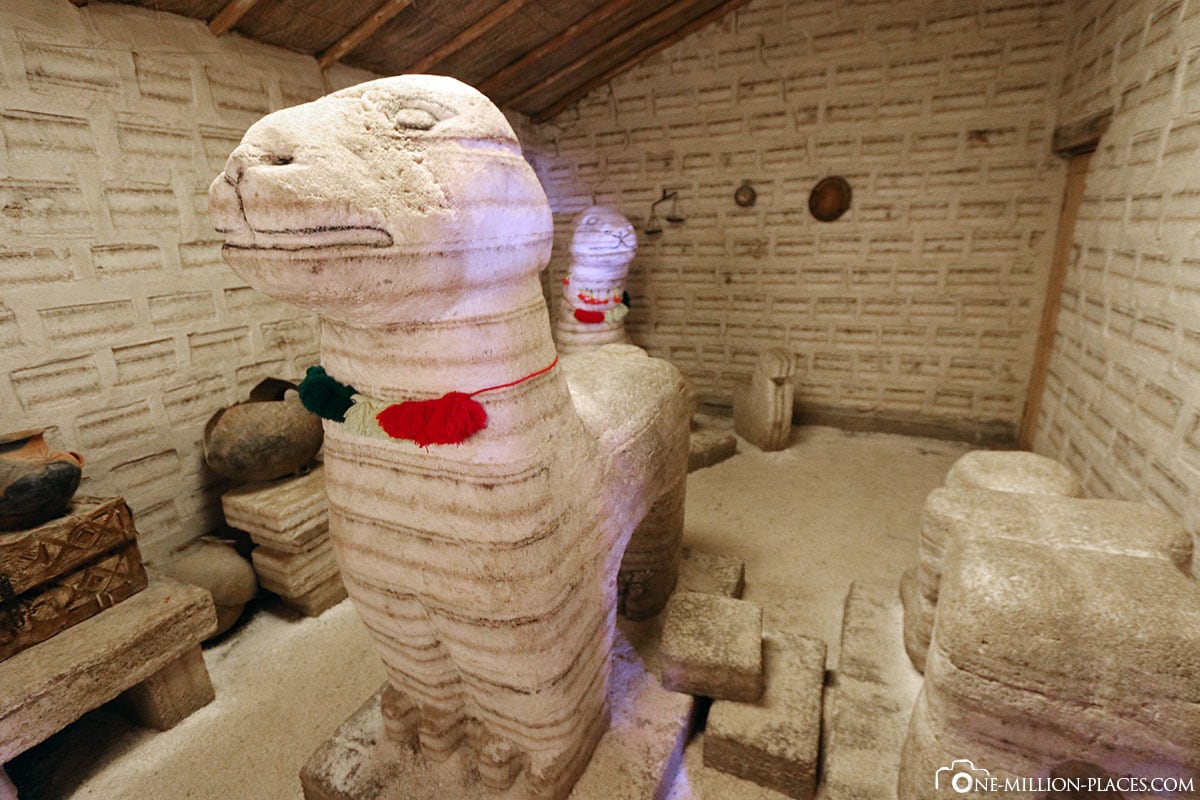 Museum with sculptures made of salt 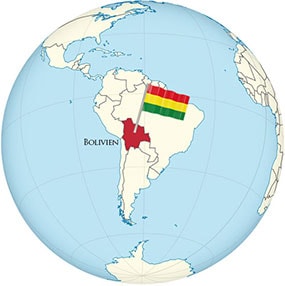