After our stay in Delhi and Agra, we landed today at the domestic terminal of Chhatrapati Shivaji Airport in Mumbai shortly after 6 pm.

An employee of our booked hotel Oriental Aster has already expected us and brought us to the hotel. The free airport shuttle was one of the decisive reasons for choosing the hotel.

We stayed for two nights in this hotel. We wouldn’t have stayed there any longer. The only positive was the free shuttle to and from the hotel; for this, the way to the city center is all the longer. We had a room on the top floor. From midnight a neighbouring room was rebuilt/renovated, smoked, rattled with dishes, loud music heard, etc. Even after repeated complaints at the reception, the noise around two o’clock at night was still no better. Terribly. We have not even apologised. To make matters worse, there was free blue mould on the toast at breakfast, which was in a cellar hole. Well good appetite. Again, there was no apology after a complaint. We then had breakfast somewhere else. All in all, no hotel, which we would recommend. 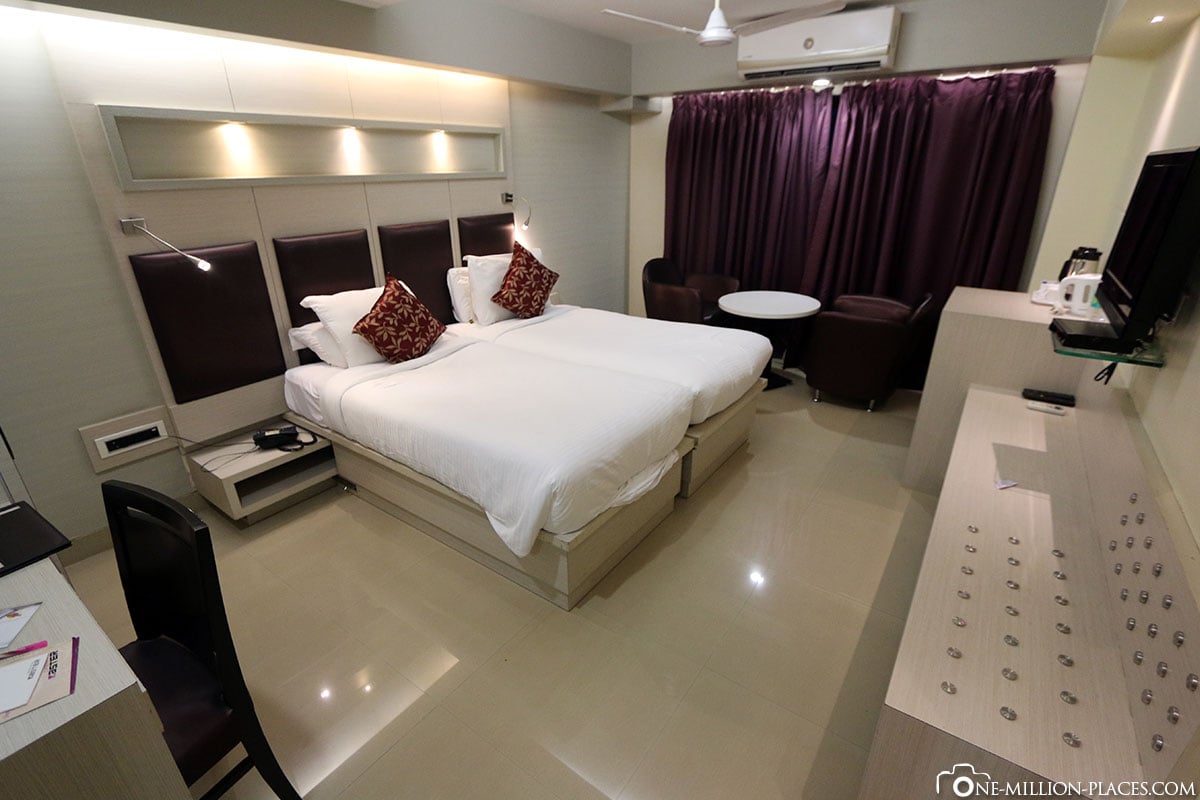 Our room at Hotel Oriental Aster

For the next day we had booked a city tour with private driver via our hotel – just like in Delhi. Beforehand, we had put together a route, which we wanted to see. Mumbai is the largest city in India and an important port city with 12.5 million inhabitants (excluding suburbs). Until 1996, the city was officially called Bombay, but was renamed Mumbai. Unlike Delhi, Mumbai is the business and financial center of India, and thus much more modern and Western.

Formerly known as Victoria Terminus, the station is one of the most used stations in the world. It has been a UNESCO World Heritage Sitesince 2004. Just across the street is the Brihan Mumbai Mahanagarpalika. The Rajabai Clock Tower was built between 1869 and 1878 and is located on the grounds of the university.

The Gateway of India

The Gateway of India archway was built in 1924 to commemorate the visit of King George V and his wife Maria von Teck in 1911. It was originally intended as a ceremonial landing point for steamship passengers.

Located just across the street from the Gateway of India, Taj Mahal Palace is a luxury hotel. During the terrorist attacks in Mumbai in November 2008, the hotel was also a target of the terrorists. At that time, there were 17 explosions, rapid-fire attacks and hostage-takings in ten different locations in Mumbai in a short period of time. According to the Indian authorities, at least 239 people were injured and 174 dead.

Mumbai’s seafront was built in the 1920s on piled-up land and consists of an eight-lane city highway and a wide walkway. The Haji Ali Mosque was built in 1431 and is located on a small island off the coast of the Worli district. The island is connected to the mainland by a narrow embankment, which is accessible at low tide.

In the middle of Mumbai on the river Mithi and right next to an S-Bahn station is “the big washing place” Dhobi Ghat. More than 135 years ago, the British built these brick sinks. Up to 1 million garments are washed, dried and ironed every day. On the way back to the hotel we passed a green mosque.

In the late afternoon we were back in the hotel, had a bite to eat and went to bed early, because tomorrow the alarm clock rings again in the middle of the night, as already at 4 o’clock our next flight to Doha (Qatar) goes.

Our conclusion on the country of travel India

Of all the cities and countries during our world tour, India has fallen by far the least. We can now only speak for Delhi, Agra and Mumbai – but we have never seen and experienced so much dirt, noise and discomfort in any other city in the world. It is simply sad how waste is handled here, for example. One of the main streets in Agra – and the dirt piles up at every corner… and the “holy” cows stand on it and eat all 🙁

Yes, India is a poor country – more than 360 million Indians (about 30) live here on the edge of the subsistence minimum! But that does not justify everything. When our guide simply threw his butterbread paper into the park in front of the Taj Mahal, we simply didn’t understand it. In Delhi’s main train station, the faeces lay on the tracks and everything was full of giant rats. It was all a pity, but unfortunately these were our impressions. 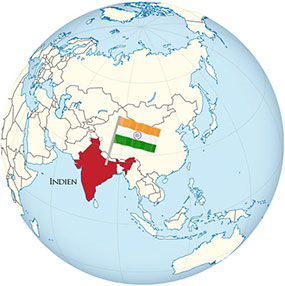