Freudenberg is one of the cities in Germany that we have always wanted to see. With its many white half-timbered houses standing right next to each other, the city offers a special backdrop that is certainly unique. For this reason, the old town was also included in the NRW Cultural Atlas as a “monument of international importance”.

Things to know about Freudenberg (Siegerland)

Freudenberg is a town in the Siegerland region of North Rhine-Westphalia in Germany. The oldest districts are probably the Oberholzklau (1079) and Niederholzklau (1256), which were already mentioned in a document in the 11th and 13th centuries. Freudenberg Castle was first mentioned in 1389. In 1456, the inhabitants of Freudenberg were granted the rights of a spot, i.e. city-like rights such as freedom of service and market law, by the then sovereign.

The city is known above all for its unique, almost closed half-timbered ensemble. In the old town centre, which is also called “Alter Flecken”, more than 80 black-and-white half-timbered houses are still lined up close together and thus form an impressive backdrop. After the city burned down for the second time in the 17th century and the citizens rebuilt their houses, they were all built gable to the streets. The resulting characteristic appearance is now a perfect postcard motif. 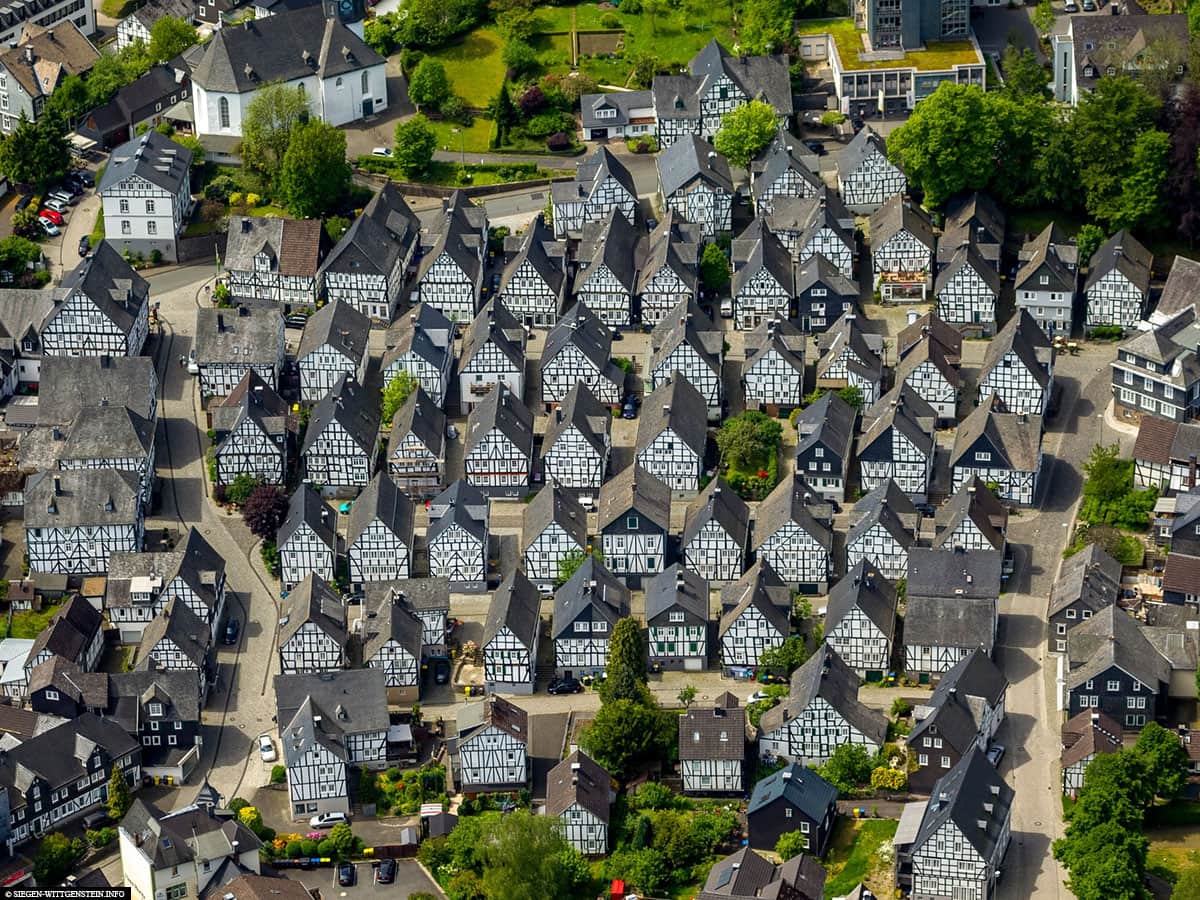 The half-timbered town of Freudenberg in the Siegerland

Where is Freudenberg located?

The city of Freudenberg is located in the district of Siegen-Wittgenstein in North Rhine-Westphalia, about 80 kilometers east of Cologne, 90 kilometers south of Dortmund and 140 kilometers northwest of Frankfurt am Main (location in Google Maps). The border with the neighbouring state of Rhineland-Palatinate is only 5 kilometres away. Most of the landscape belongs to the Siegerland natural area and the highest elevation is the 527 m high Giebelberg.

The best viewpoint of the city

The most beautiful vantage point on Freudenberg and the half-timbered houses is from the Kurpark. This was already created in 1979, when the city was awarded the title “climatic health resort”. Parking is free for 3 hours in the hiking car park, directly opposite the tourist information (location in Google Maps). From here it is only a few meters to the newly renovated stairs up to the park. 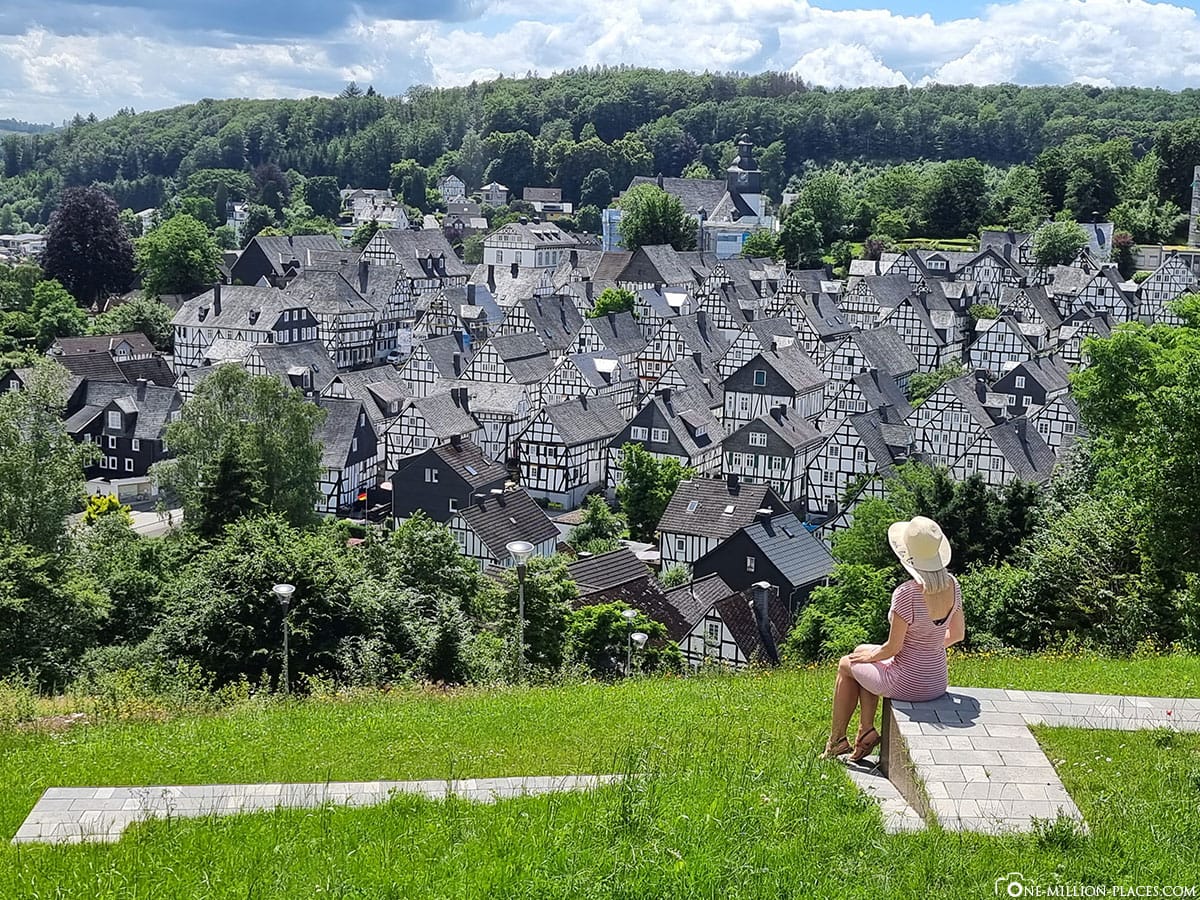 The unique backdrop of the city of Freudenberg

The closer you zoom into the images, the more unreal the scenery becomes. One house is like the other, and yet all houses are different. In the 17th century, the builders really thought about how a city gives off a particularly photogenic appearance 😉 We spent about 30 minutes here and enjoyed the view of the “Alter Flecken”.

But not only the panoramic view of Freudenberg is worthwhile. Also a walk through the alleys of the old town should not be missed during a visit. On the “Kölner Straße” we walked through the “Poststraße”, “Unterstraße”, “Mittelstraße” and “Marktstraße” and were able to discover beautiful photo spots again and again. Alone 86 buildings or half of buildings in the old town were each entered as individual monuments in the monument list of the city. Freudenberg’s oldest house is the house at “Kölner Straße 3”, which was the only one to remain intact during the fire in the 17th century.

One of the most beautiful houses is located in Mittelstraße 4-6 and today houses the “4Fachwerk Mittendrin Museum“.

Overall, we spent a good hour in the old town of Freudenberg and were really thrilled ❤