On our way back from the ROBINSON Club in the Maldives we made a stopover in Zurich, because we didn’t know the city yet. From our hotel 25hours Zürich Langstrasse, which is only a 10 minute walk from Zurich Central Station, we walked towards the city centre after a great, extensive breakfast at the NENI.

A map of Zurich

Since we were on a public holiday (May 1st) in Zurich, unfortunately all shops were closed and the usual bustle on the streets, which often also makes up the flair of a city, was unfortunately missing. Instead, there were many demonstrations and police presence. Light drizzle on top. Well, that shouldn’t deter us from exploring the city with its sights, after all, we only had a good half day to do it.

The city centre of Zurich is not very large and therefore you can walk everything we have done. We got a good map of the city from the hotel, which can also be downloaded online as .pdf. 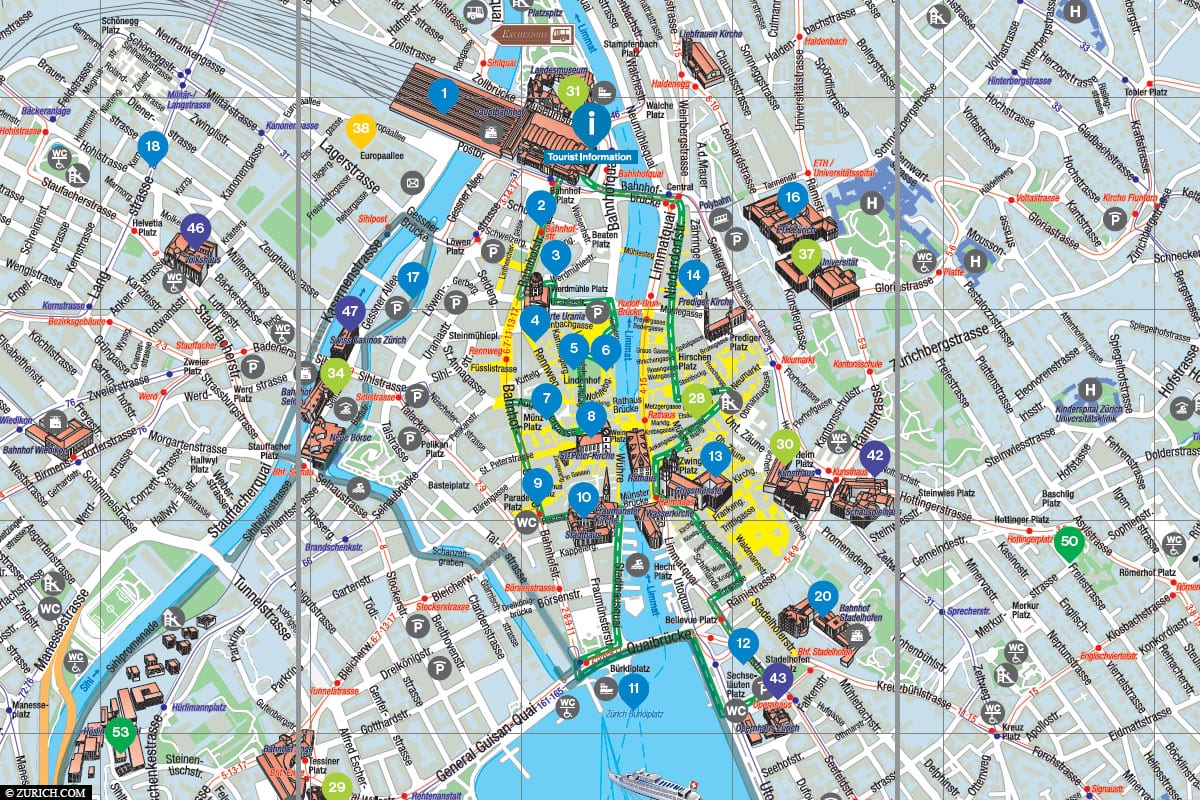 Below we show you the most important sights that we have explored during our city walk.

The Old Town of Zurich (West of the Limmat)

The main shopping street of Zurich stretches from Zurich Central Station to Lake Zurich (Bürkliplatz). On the 1.4 kilometre long Bahnhofstrasse there are some of the most expensive boutiques and fashion shops in the city. The Paradeplatz, which is located directly on Bahnhofstrasse, is Zurich’s well-known financial centre. For example, the buildings of the two major Swiss banks Credit Suisse and UBS can also be found here. And if you are a chocolate lover, you should visit Café Sprüngli at Paradeplatz. The shop windows of the chocolate shop alone are worth a visit.

The Old Town of Zurich (East of the Limmat)

The Niederdorf is considered to be the promenade of the old town and is located on the right side of the Limmat. The small cobbled streets of the district invite you to stroll and linger – not quite as much in bad weather as we had. But in the sunshine and in summer it is definitely easy to stand here in the countless bars and restaurants 😉

The baroque town hall was built at the end of the 17th century free-standing in the Limmat. Like the water church, the river bank was later brought to the town hall by a spill of the quay. The facades of the town hall are decorated with the busts of famous men from (city) history.

A very beautiful historical building is also the guild house for carpenters from 1156, one of the traditional guild houses on the Limmatquai. It was largely destroyed by a fire in 2007, but then rebuilt faithfully to the original.

The opera house of the city of Zurich is located right next to Sechseläutenplatz in the centre of the city. The neo-baroque building was rebuilt after being hit by a fire and reopened in 1891. It can accommodate 1,100 spectators.

The view over the city from the Lindenhof

It is worth turning into the small cobbled streets on both sides of Zurich. So we also came to the Lindenhof: formerly a Roman castle, today a place of peace and relaxation in the middle of the historic city centre. From up here you have a fantastic view of the river Limmat and the old town on the other side of the river.

The churches in the Old Town

The two characteristic twin towers of the Grand Minster are already visible from afar and have made the church a landmark of the city. The church was built around 1100 and has been rebuilt and renovated many times since then. One of the two towers, the Karlsturm, offers an observation deck with a view of Zurich after 187 steps.

The oldest parish church in Zurich is the church of St. Peter. It is best known for the largest tower dial in Europe from 1538 with a diameter of 8.7 metres. On the small hill on which the church stands today, the first church of the city was already in the 9th century. A real special feature of the church is that the nave and the tower belong to different owners – we had never heard of that before. The shipbuilding and the bells belong to the church and the church tower of the city of Zurich. The reason for this is that the tower was used by the fire station until 1913 and thus for fire policing tasks.

Another church highlight in Zurich is the Fraumünster, a church with a former women’s monastery from the 9th century. The three-nave church with its characteristic pointed tower is located directly on the Limmat and is known for its coloured glass window cycle by Marc Chagall. Directly in the Limmat itself is the water church. Once the church stood on an island in the Limmat, today it is bordered by the accumulation of the Limmatquais from one side of the shore. Unfortunately we could not visit the church from the inside, as it was closed that day.

A cruise over Lake Zurich and the Limmat

With our 24-hour day ticket for Zurich public transport, we were also able to make a small boat trip free of charge on the Limmat. Since it was a bit silly anyway and the streets full of demonstrators, it was a nice change to just look at the city from the water. We boarded directly at Bürkliplatz, the central point for small and large tours. From here we went over a small part from Lake Zurich (Zurichhorn, Enge) over the Bürkliplatz into the Limmat, past the large churches of the city, the town hall up to the Landesmuseum and back again. We were on the road for a good hour and were able to see what we had already done.

Zurich, of course, has several Starbucks stores and also its own beautiful cup 🙂

The Starbucks City Cup of Zurich 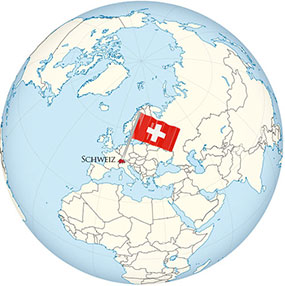