For today we had planned to visit the Pearl Harbor Memorial and Downtown Honolulu. For this purpose, we went from our city hotel in Waikiki by local bus directly to the Pearl Harbor Visitor Center. This route takes just over 1 hour.

Admission to the Pearl Harbour Museum is fortunately free,which includes a visit to the USS Arizona Memorial and a boat trip there. Tickets are issued according to the first-come-first-served principle and then have a fixed time. That’s why it’s worth being there early. If you also want to visit the USS Missouri Battleship, the Bowfin submarine and the Pacific Aviation Museum (which we haven’t done), the total entrance fee for these sights is about ’40.

The free tour to the USS Arizona Memorial first includes a 23-minute film about the background to the Japanese attack on Pearl Harbor and shows sequences from the day of the attack. Afterwards, a boat was taken to the USS Arizona Memorial, which was built over the sunken remains of the battleship Arizona. After the tour we looked at an exhibition that illustrates further details of the attack with image, sound, film and historical documents.

After about three hours in Pearl Harbor we took the bus back to Downtown Honolulu. The King Kamehameha statue (first king of Hawaii) was particularly interesting in front of the Hawaii State Supreme Court. This building is also known from the series “Hawaii 5O” 🙂 Directly opposite is the Iolani Palace, the former royal residence. A few streets away is Chinatown, which is rather small compared to other cities in the Us.

Our rental car for O’ahu

After a short visit to the city centre we took the bus back to the airport and picked up our rental car at Avis (booked via billiger-mietwagen.de)for the next two days: a black Chevrolet Camaro convertible 🙂 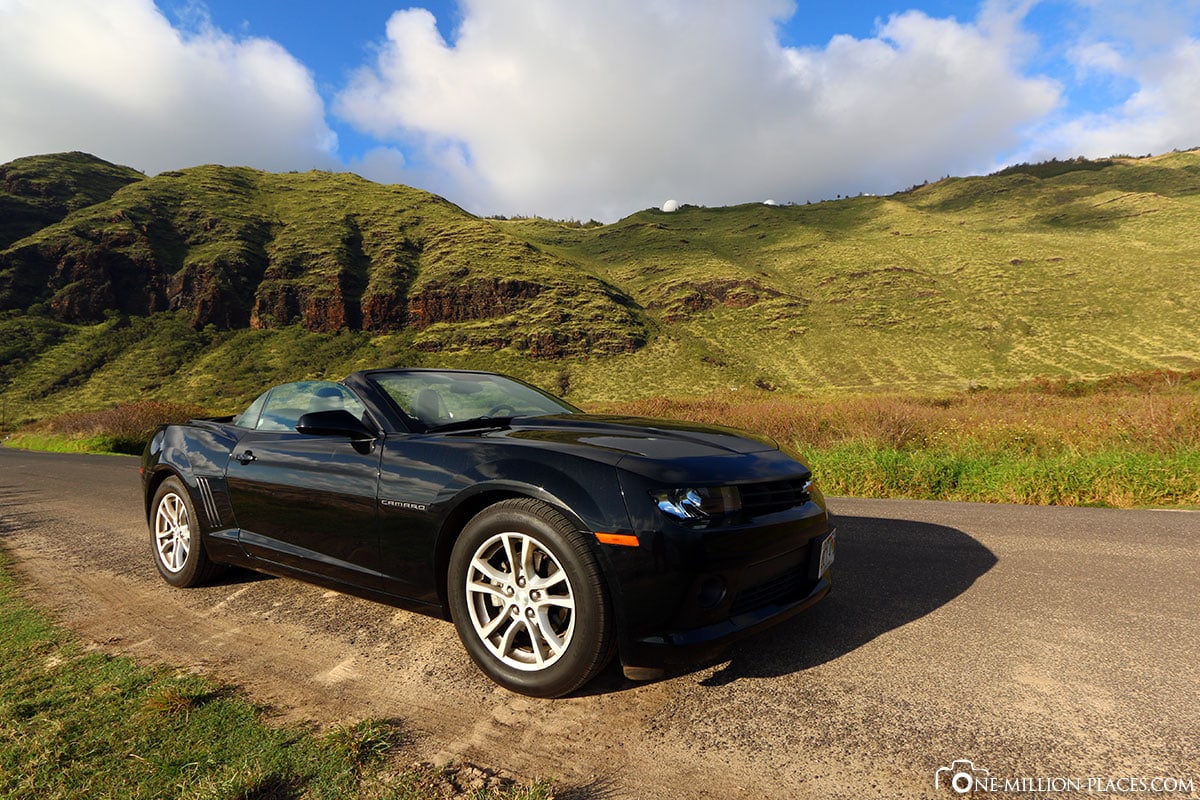 Our car rental for Oahu

A drive along the west coast of O’ahu

With bright sunshine and an open roof, we headed to the west coast of Oahu – past countless beach parks, green mountains and through small surfer sands.

The Starbucks Cup by Waikiki

Waikiki has several Starbucks stores and also a really nice cup with a hula dancer, which is now very rare and correspondingly expensive.

The Starbucks City Cup of Waikiki