Today we went to Oahu and Kauai on our 3rd Hawaiian island – to Maui. After breakfast in our Hotel Kauai Inn we went to Lihue Airport and gave up our rental car.

Our Hawaiian Airlines flight from Lihue to Kahului departed at 11.10am and landed 50 minutes later on time at 12pm. 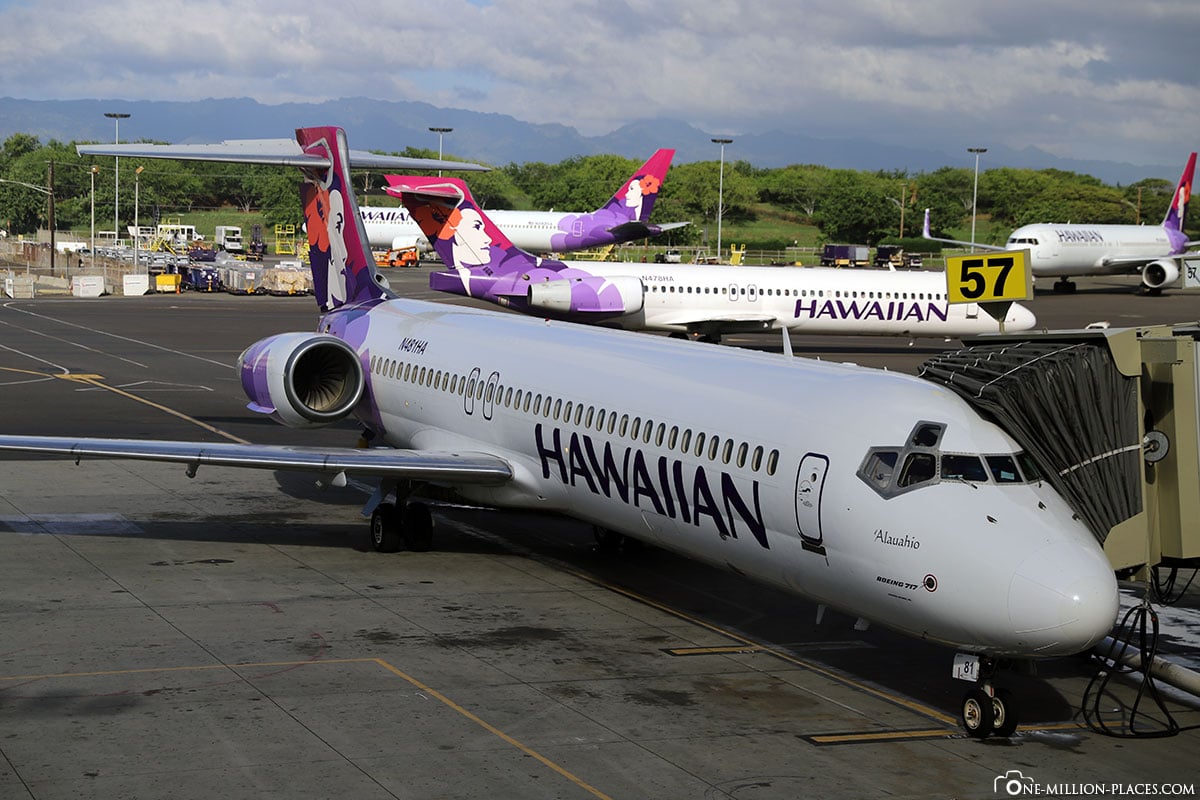 Things to know about Maui

The island of Maui with its 150,000 inhabitants is the second largest island of Hawaii after Big Island and the most popular holiday destination besides Oahu. The appearance of the island is characterized by its two volcanoes: on the west side rises the 1,746 meter high Puu Kukui and in the east is the volcano Haleakala, which is much higher at 3,055 meters. In between is the green and fertile plain “Central Maui”, which at the same time forms the narrowest part of the island with a width of just under 15 kilometres between Kahului and Maalaea. The island’s most famous attractions include the 50-mile Road to Hana, Haleakala National Park, Haleakala National Park, Lahaina, Molokini Crater, Kula Botanical Gardens, Maui Ocean Center, Iao Valley State Park and surf spots in northern Maui. The largest cities on Maui are Kahului, Wailuku, L’haina, and Kohei.

Our rental car for the island

Unfortunately, the weather was not as one imagines in Hawaii: it rained and due to the wind it was a bit cool. Immediately after arrival we picked up our rental car: a white Dodge Journey. As always, we have booked this with all insurances via billiger-mietwagen.de. 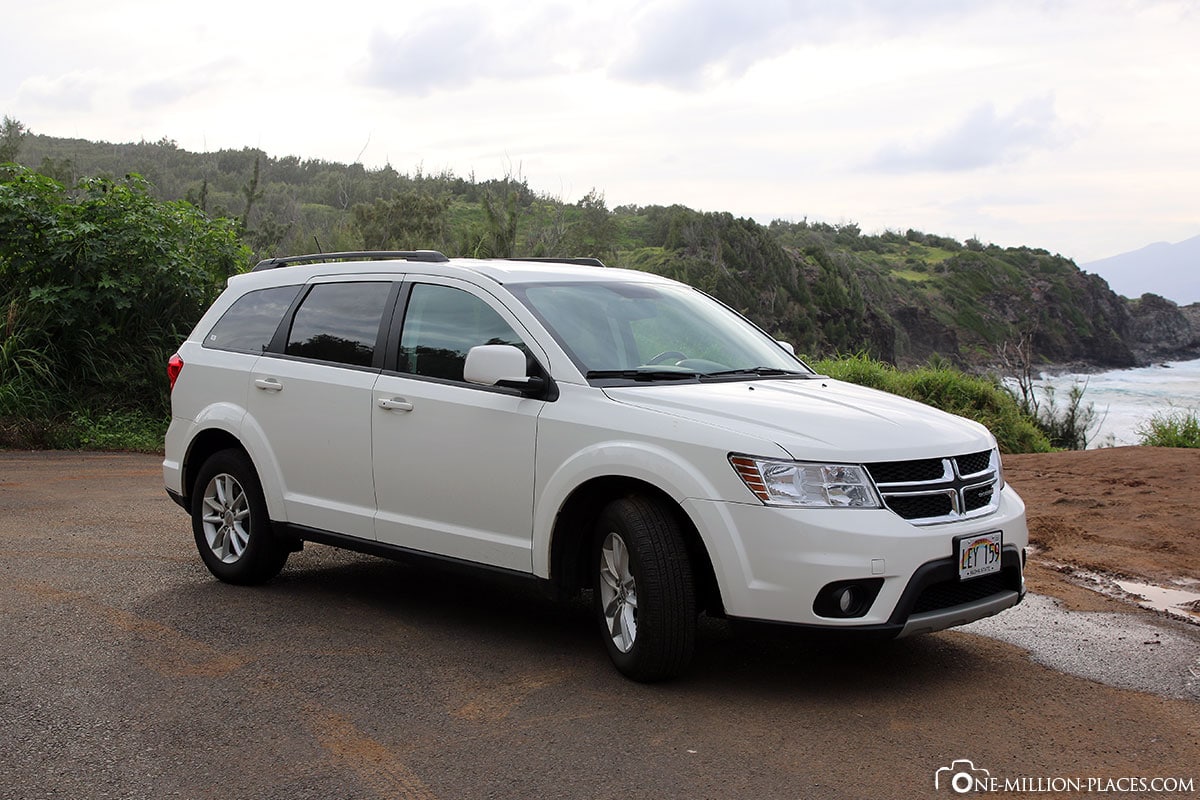 Our rental car for Maui

Our Hotel in Kahului

For the next three nights we had booked a room at the Maui Seaside Hotel, which is only about 5 miles from the airport.

The rooms were very large and spacious. Everything was clean. We had a room overlooking the water, so it was very quiet at night. WIFI worked well. Right next to the hotel entrance there is a small restaurant, on the other side of the street there is a mall and a shopping center. There are ways to wash your own laundry. All in all a solid hotel.

Our room at Maui Seaside Hotel

A visit of the Maui Ocean Center

Since we would hardly have seen anything of the landscape in the rainy and foggy weather anyway, we drove to the Maui Ocean Center. This is a tropical aquarium – supposedly the largest in the Western Hemisphere. The price was also really hefty at 26 dollars. We found the frogfish, the camouflage properties of the flounder and the colourful Picasso pusher fish particularly interesting. The aquariums were nice, but unfortunately far too little, so that we were already finished with the tour after 1.5 hours. You can also see a few sharks in the aquarium.

After dinner we are not so late to bed, because we have to get up very early tomorrow.