For today we had planned an island tour on Kauai, which is often referred to as “Garden Island” due to its lush vegetation. The main attractions on Kauai are Waimea Canyon, often referred to as the “Grand Canyon of the Pacific”, and the famous Napali Coast on the North Shore.

The first thing we wanted to do was drive from our Hotel Kauai Inn in Lihue to Waimea Canyon. The distance of about 55 kilometers can be done in just over an hour.

Via the main road, Waimea Canyon Drive, we have come to various vantage points. From the main viewpoint, Waimea Canyon Overlook, you have the best view of the canyon with its mountain peaks, rugged crevices and deep canyons. 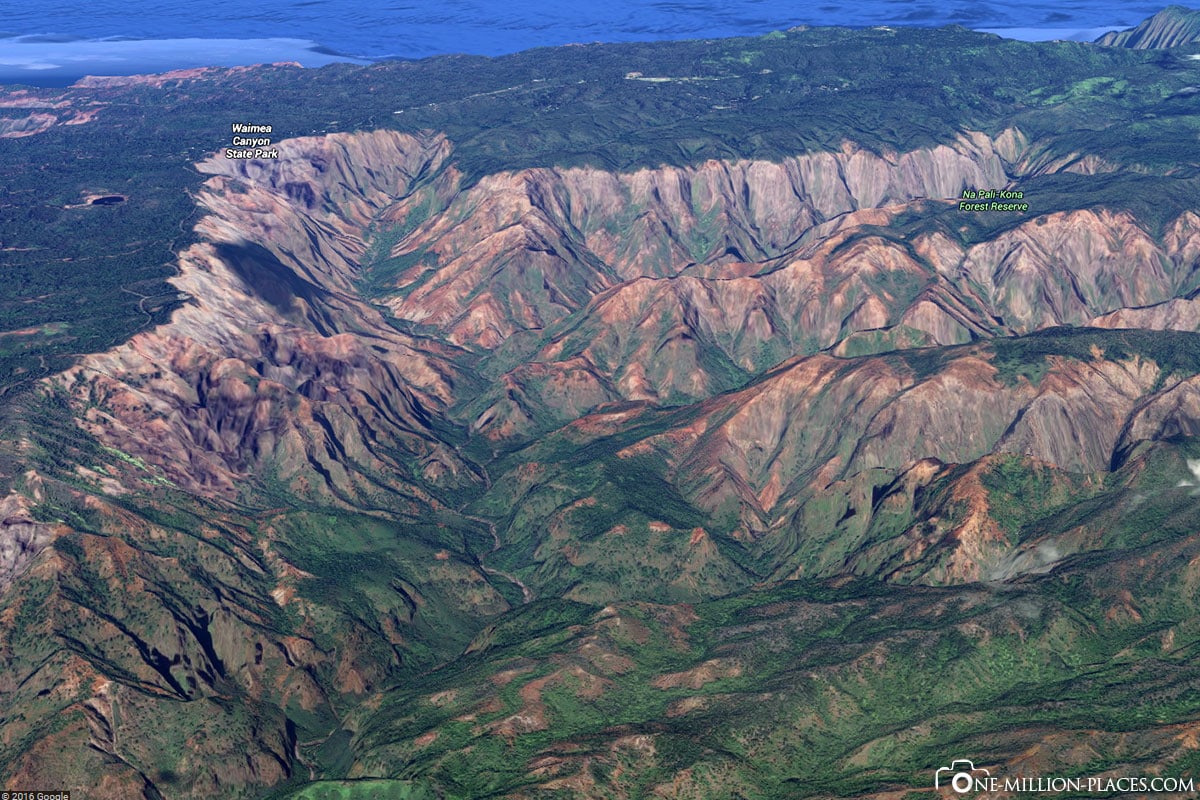 The canyon is a total of 16 km long and up to 900 meters deep. In the canyon you will also find the waterfall, which is known from the movie Jurassic Park. In general, many parts of the film were shot on Kauai. On Youtube you will find a very nice compilation, where which scene of Jurassic Park was filmed on the island.

The road then continues into the mountains and ends at Kokee State Park, from which numerous hiking trails depart. From here you can also get a view of the Napali Coast. At the very end of Waimea Canyon Drive you will find The Mountain Wai’Ale’Ale – “One of the wettest spots on earth”. It didn’t rain, but everything was completely covered in thick fog and the view was = 0.

After leaving the canyon, we drove along “Waimea Canyon Drive” to the east. Here there is a small waterfall on the road, which is embedded in incredibly red sandstone hills. 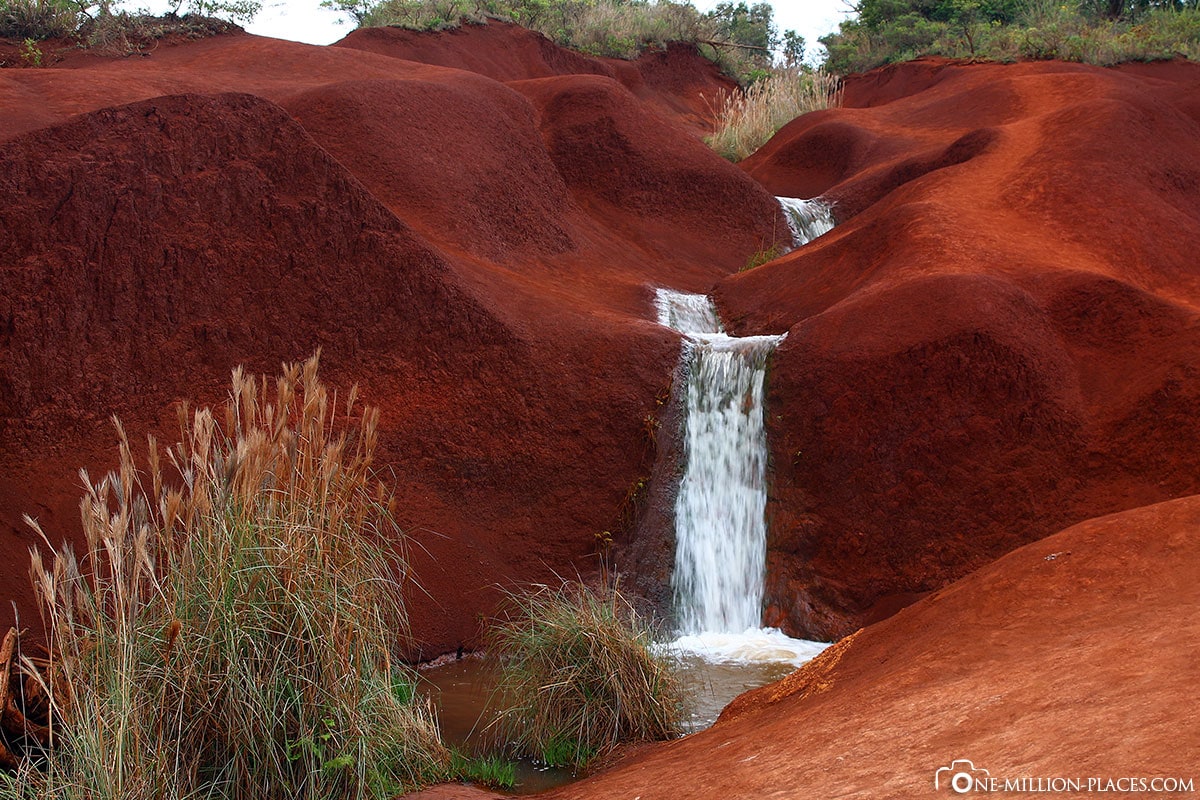