Today the alarm clock rang already at 4.40 am, because we had booked a diving trip on the west coast of Maui via B&B Scuba and meeting point was already at 5.45 am.

Totally tired we arrived in the dark energised at the boat ramp. In addition to us, there were eight other divers. The destination for the two dives was actually Molokini Island, which is not far from the coast of Maui.

Molokini Crater Scuba Diving is world renowned as having some of the best Wall diving and shark diving in the World. 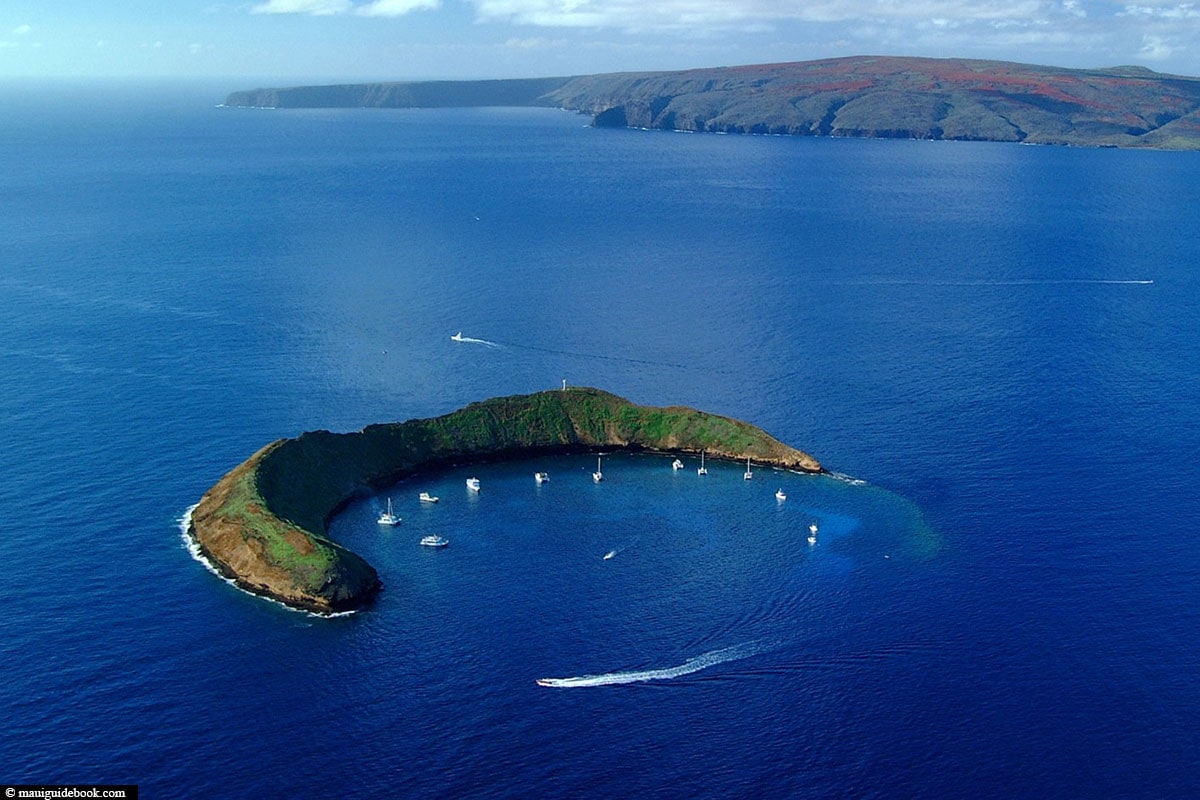 Unfortunately the waves and the wind were already too strong despite the early time, so that we could not drive by boat safely to the island. That’s why we completed our two dives off the coast of Maui. On the way there we have already seen some whales from the boat.

Our dives on the west coast of Maui

We were divided into two groups – each with a diving instructor. And then it could start. We were underwater for 45 minutes and saw turtles, moraines and many fish. But the most impressive were the many whale songs that were heard during the dive. The second dive we completed a few hundred meters further at the so-called “Wailea Point”. And there we saw eagle rays, a manta, an octopus and again many other fish.

Our video of diving in Maui

A small impression of the underwater life in front of Maui and the clearly audible whale songs you get in the video:

A drive along the west coast of Maui

Around 11 o’clock we were back on land and then went back to our hotel Maui Seaside. Since we got up so early, we took a little nap and then left in the afternoon with our car to explore the western part of Maui. It passed many beach parks and through nice beach resorts. At one point we could see whales that were very active at the time, so that you could see tail fins or a fountain every few minutes.

At the end of the route we drove along a 25-mile-long serpentine road along the coast. The view of the sea and the cliffs on one side and the view of the mountains on the other were simply fantastic.

In the dark we arrived back in our hotel and decided to just sleep out tomorrow.