Today we wanted to explore the island of Oahu with our rental car and drove from our Hotel Maile Sky Court in Waikiki to Diamond Head.

Our first stop was the Diamond Head Crater (called L’ahi in Hawaiian) the landmark of Honolulu and Waikiki.

We walked over the Diamond Head Summit Trail from the parking lot to the crater rim – a steep path about 1.3 km. From below, this looks relatively boring – but the effort was more than worth it, because once you have reached the top you have a magnificent view of Honolulu and Waikiki, of the crater itself and of the coast with its lighthouse.

Panoramic image of the Lookout of Diamond Head

Along the coastal road of Oahu

After the descent from Diamond Head Crater we drove on to the coastal road 83 and passed many viewpoints. The whole thing reminded us a little of Highway 1 in California and the drive along the Cape Peninsula in South Africa.

At one point we could even see some humpback whales in the ocean, which can be found everywhere here in Hawaii from November to April. Unfortunately, even with a 300 zoom lens from the coast, there is not much to be done. 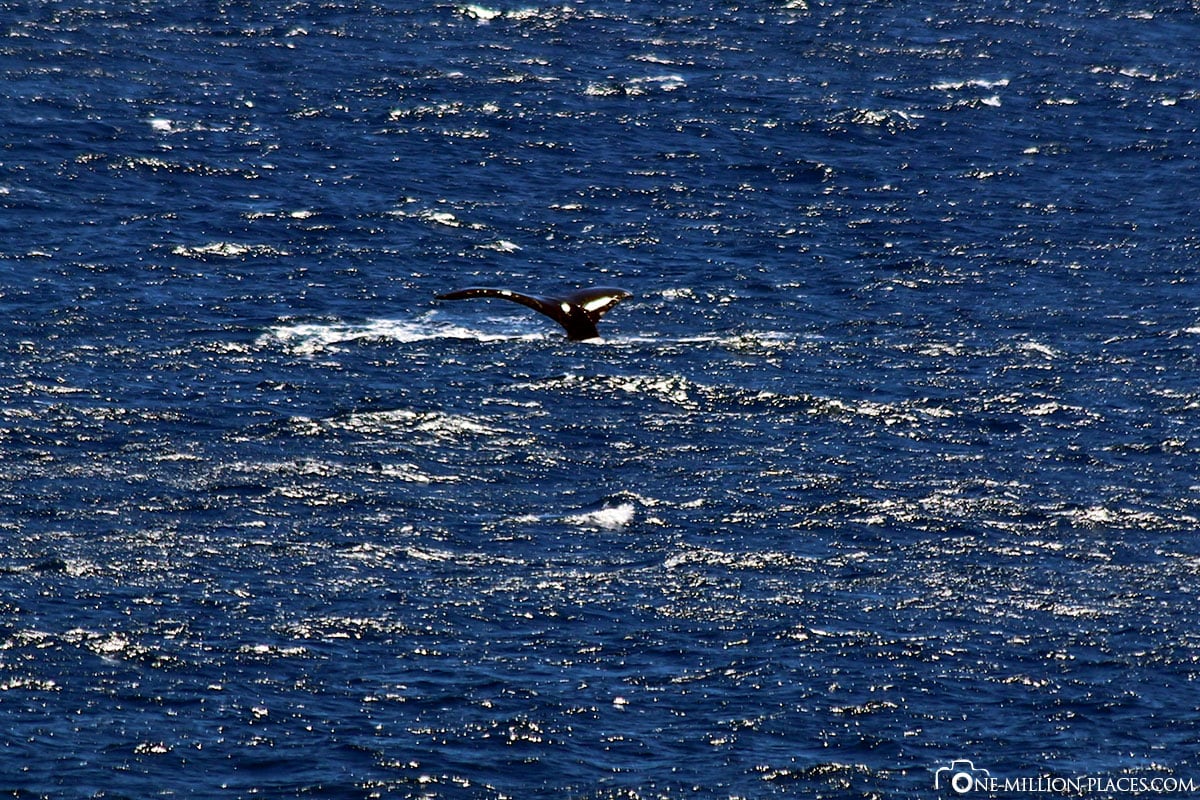 Humpback whales off the coast of Oahu

Surfers on the north coast of Oahu

On the route there were many beach parks, which are very beautifully laid out here in Hawaii. There is free parking, toilets, showers and picnic areas. Especially on the north coast you will find the beaches so typical of Hawaii with their meter-high waves and the many surfers.

We drove the road 83 and then the 930 just so long until it didn’t go on. The road ends at Kaena Point Trail. When it was already dawning we drove back to Honolulu. All in all a beautiful route for Oahu (link in Google Maps), which can be done well in one day. 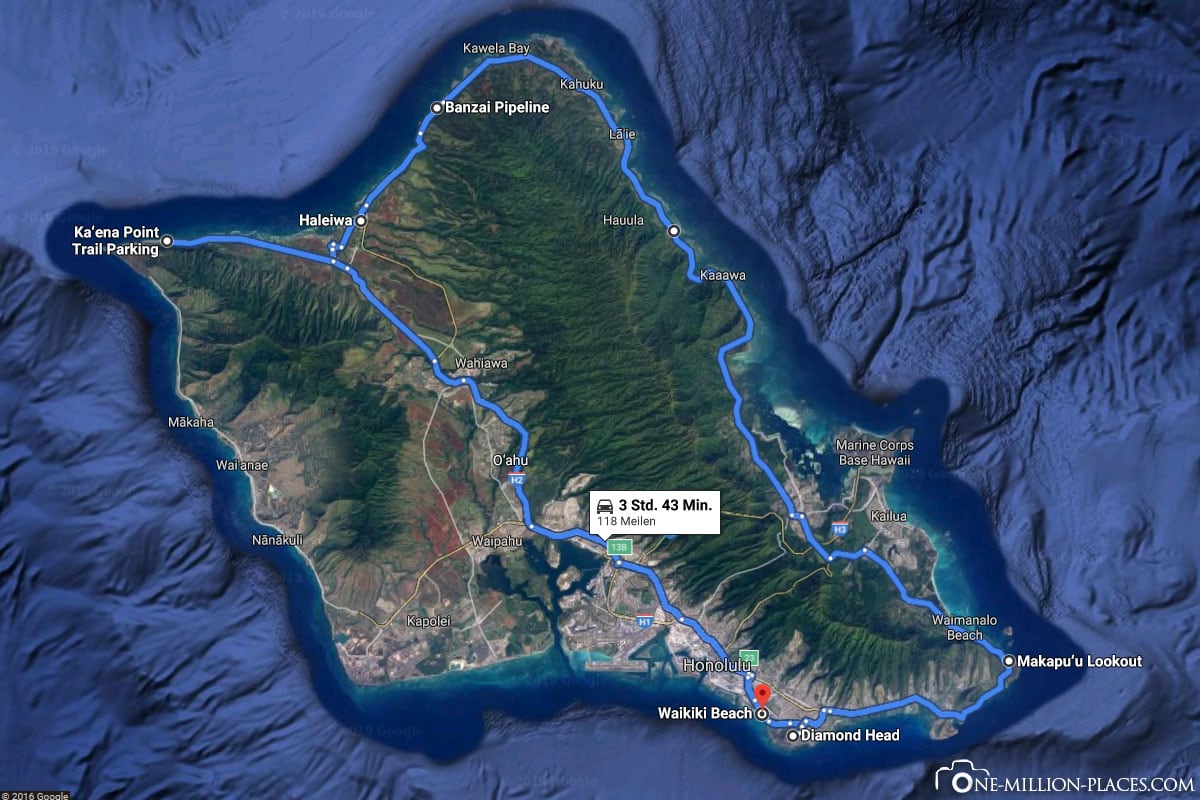 The route of our current tour over the island of Oahu

The next morning we actually wanted to snorkel at Oahu’s most popular snorkeling spot: Hanauma Bay. Unfortunately, the Beach Park is always closed on Tuesdays. Unfortunately, we hadn’t researched this before. Very annoying. As an alternative to Hanauma Bay we went again to the north coast to Pupukea Beach Park, because we had read that you can also snorkel there in the tide pool “Sharks Cove”. But it wasn’t really worth it. The tide pool is not very large and has only a few fish to offer.