Today our journey through Peru continued by bus from Puno via the pass road La Raya in the Andes to Cusco.

Day
42
of our trip around the world

The bus tour “Route of the Sun” from Puno to Cusco

For the 380 km long route “Route of the Sun” we had already booked the tickets online through the agency Tourismo Mer. 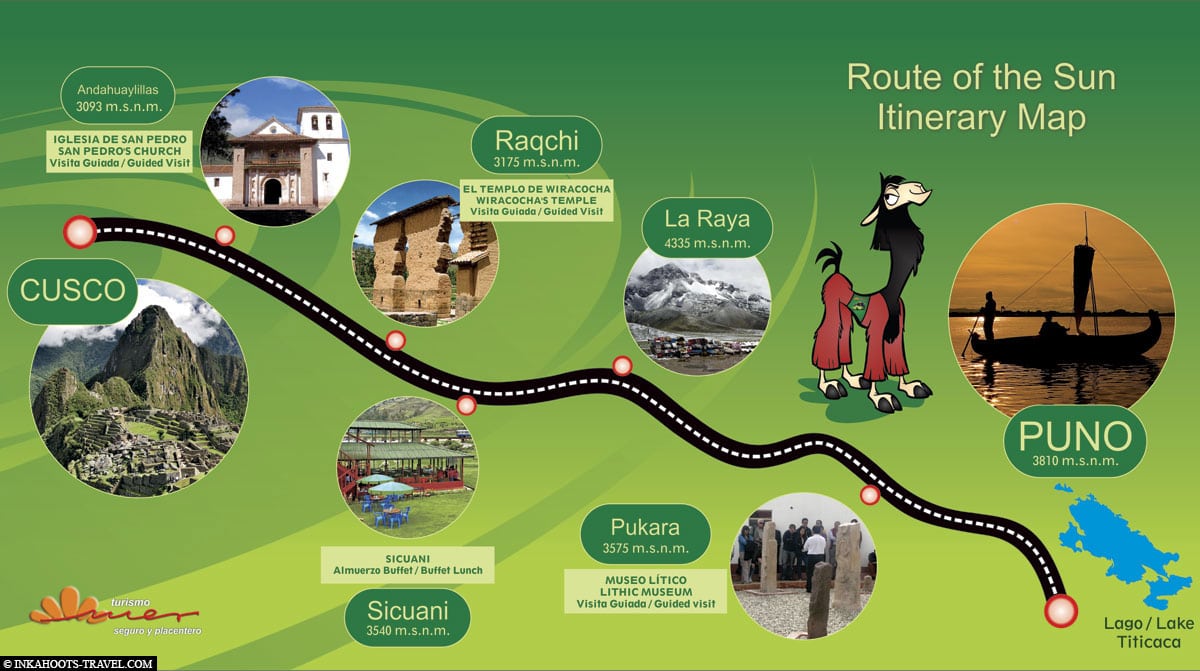 The route of the bus tour from Puno to Cusco

At 7 o’clock we left the bus terminal with the bus “Turismo Mer”. We had incl. of all the stops a 10 hour long trip in front of us. With us there were 5 French, 2 Americans and 1 Czech on board. A really small group for the huge bus – you can see that it’s just off-season here.

The ceramic city of Pukara

Our first stop was the ceramic city of Pukara, where there are ruins from a time far before the Incas. We visited a small museum where we were told something about the story, as well as the church next to it.

La Raya – the highest point of the route

After a short drive we reached with “La Raya” the highest point of the route (4,335 meters). From the viewpoint you could see the snow-capped mountains and the Chimboya glacier.

Around 12 o’clock we stopped for lunch. What was nice: behind our restaurant was a meadow with alpacas and a vikunja.

The ruined city of Raqchi

The next stop was the archaeological complex “Raqchi”, an ancient ruin site of the Inca. Next to it stood an old chapel from the 18th century.

About 40 km before Cusco we reached our last stop in the afternoon: The Andahuaylillas Village with a visit to the San Pedro Church. As almost everywhere in Bolivia and Peru you can see a lot of stray dogs on the streets. But this little one here really did it to us a little 🙂

At 5 p.m. we arrived in Cusco by bus and went to our Hotel Eco-Hotel B&B Pensi’n Alemana. As the name suggests, the pension is under German management. We chose this property because of the excellent Tripadvisor reviews.

Cusco is a city in southeastern Peru near the Urubamba Valley of the Andes mountain range. It is the capital of the Cusco Region and of the Cusco Province. The city is the seventh most populous in Peru and had a population of 430.000. The city was the capital of the Inca Empire from the 13th century until the 16th-century Spanish conquest. In 1983, Cusco was declared a World Heritage Site by UNESCO with the title “City of Cuzco”. It has become a major tourist destination, hosting nearly 2 million visitors a year.

We enjoyed our stay at Pension Alemana. We booked them due to the excellent Tripadvisor reviews and were not disappointed. The reception was very warm and also during our stay the staff was very friendly and helpful. The guest house is super located in the artistic district of San Blas. From here it is only 10 minutes walk to The Plaza de Armas. Small kiosks and restaurants can be found around the corner. The guest house has a beautiful garden. Breakfast is served in the own café Siete & Siete, which was also very tasty. It was all there: rolls, toast, fruit salad, egg, pancakes, cheese, etc. Unfortunately no sausage – we would have expected it in a German guesthouse. 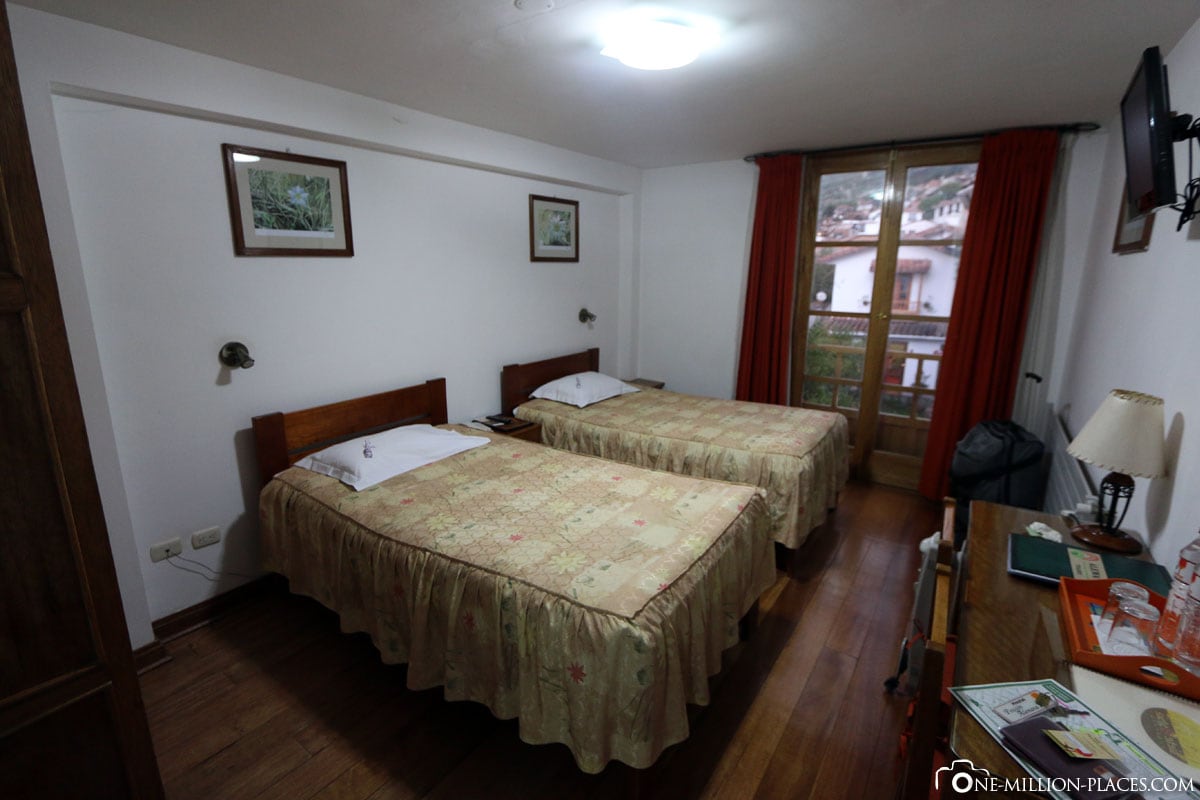 Our room at Pension Alemana 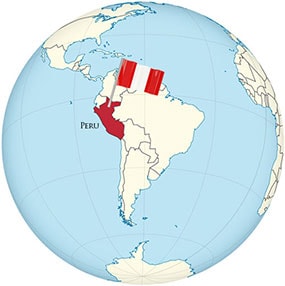