After our 2 days in Vienna, today we continued on the A-ROSA Bella on the Danube towards Budapest. Our next stop was Esztergom in Hungary, where our ship was laid out for almost 2.5 hours. The reason for the relatively short stay is that on the one hand the main attraction of Esztergom – the basilica – is only about 10 minutes away from the boat pier on foot and you can easily visit it in less than two hours. On the other hand, an A-ROSA day trip started from here, which takes the guests from Esztergom along the Danube to Budapest – during which the ship travels the rest of the way to Budapest.

The A-ROSA harbour info for Esztergom

The day tour “From danube knee to Budapest”

The description of the day tour “From danube knee to Budapest” with the stations Esztergom, Visegrid, Szentendre and a small city tour in Budapest in the A-ROSA excursion brochure sounded really great, so we joined the tour group. Just in time at 8.50 a.m. the tour started in front of the ship with a minibus – on board were about 20 A-ROSA guests, our Hungarian guide and our Slovak bus driver. 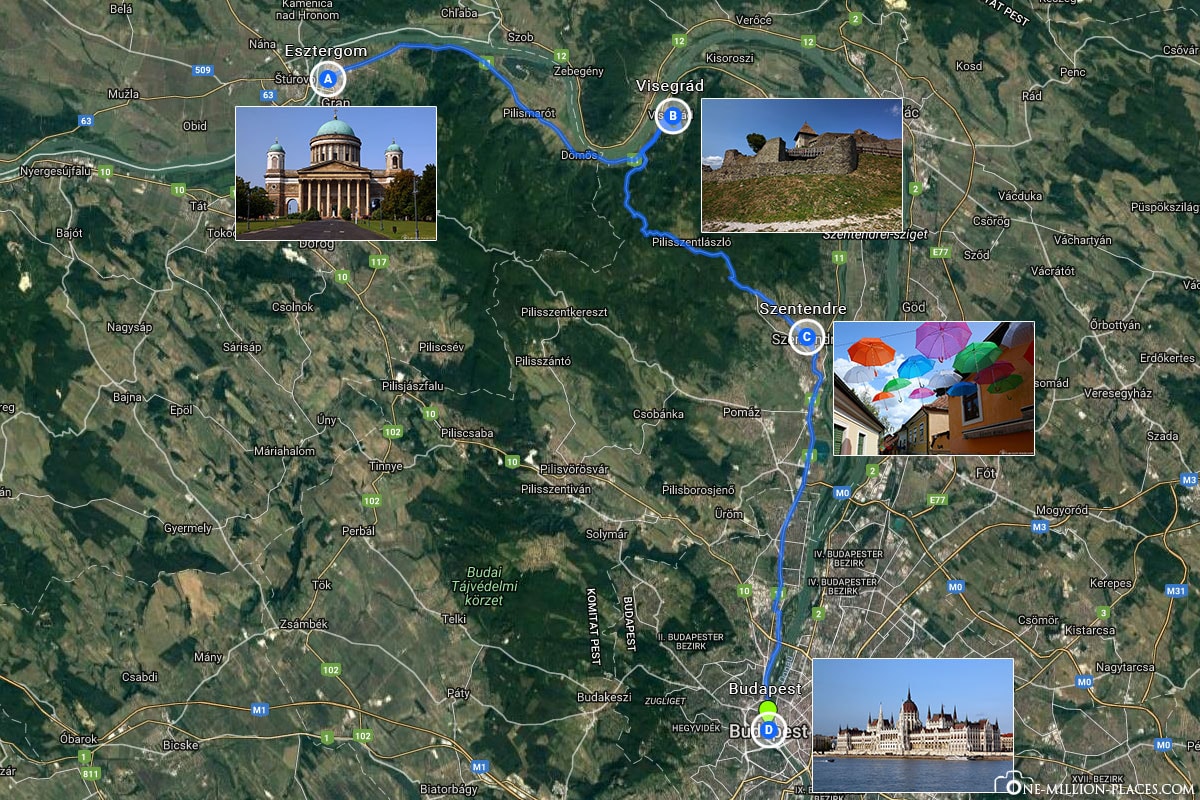 The day tour “from the Danube Knee to Budapest”

Esztergom is one of the oldest places in Hungary, the former capital of the country and home to one of the largest churches in Europe: the Basilica of Esztergom, also known as St. Adalbert Cathedral.

First we went to the other side of the Danube in Slovakia, where we had a beautiful view from the banks of the Danube to the basilica opposite and the water city below – but unfortunately completely against the sun. Since we wanted to see the basilica again from the near, we went back to the other side of the Danube. The history of the basilica in Esztergom spans several centuries. Hungary’s first king, Stephen I the Saint, had the first church built here between 1001 and 1010. After a fire, the Mongol incursion, repairs, a 140-year occupation of the Ottomans, an occupation of Austrian troops and a decided new building of the cathedral, a cardinal succeeded in 1867 to complete the construction of the basilica in two years.

The Basilica of Esztergom is a hall church with a wide-visible dome. The highlight of the interior is the altarpiece, which, with a size of 13.5 meters per 6.5 meters, is the largest painting in the world, painted on a single piece of canvas. Pictured here is the assumption of the Virgin Mary in heaven. Because we still had a few minutes to go to the bus, we still looked at the crypt where some archbishops found their final resting place.

The Castle of Visegrid and the Danube Knee

From the basilica we continued to Visegrid. We have always driven along the 26 km long path along the Danube and were able to observe the passing ships.

Visegrid is a small town located about 40 kilometres north of Budapest on the Danube. The most famous attraction – and also our destination – is the castle Visegrid,situated on a 250-metre-high mountain, which was built in 1247. Some remnants of the wall can still be seen from the then mighty castle – especially in the Oberburg. You enter the castle from a parking lot over the castle gate, behind which is the cash register. A few meters further you come to a beautiful viewpoint, from where you can see the Danube course beautifully. And here it becomes clear why one speaks of the “Danube knee”: The Danube makes a loop at this point and then bends south at a 90° angle. From the lookout point, you can access the castle grounds via stairs, where the bergfried and some outbuildings are located, which are used for various exhibitions. Here you will find, for example, a small hunting museum, an exhibition about the history of the castle and a replica of the original castle.

The artist village of Szentendre

From here we went to a nearby restaurant (Nagyvillam), where we all had lunch together. Afterwards we drove well strengthened to szentendre, a small, winding artist village directly on the Danube. With the group we walked a bit through the cobbled streets before we had some time to look around individually. What we noticed most: In the small village there are really many churches and beautifully decorated streets, for example with colorful umbrellas or lampshades. The countless souvenir shops and touri restaurants we leave out 😉 After a good hour we had to go back to the bus, because we went to the capital, which was only a few kilometers away from us. 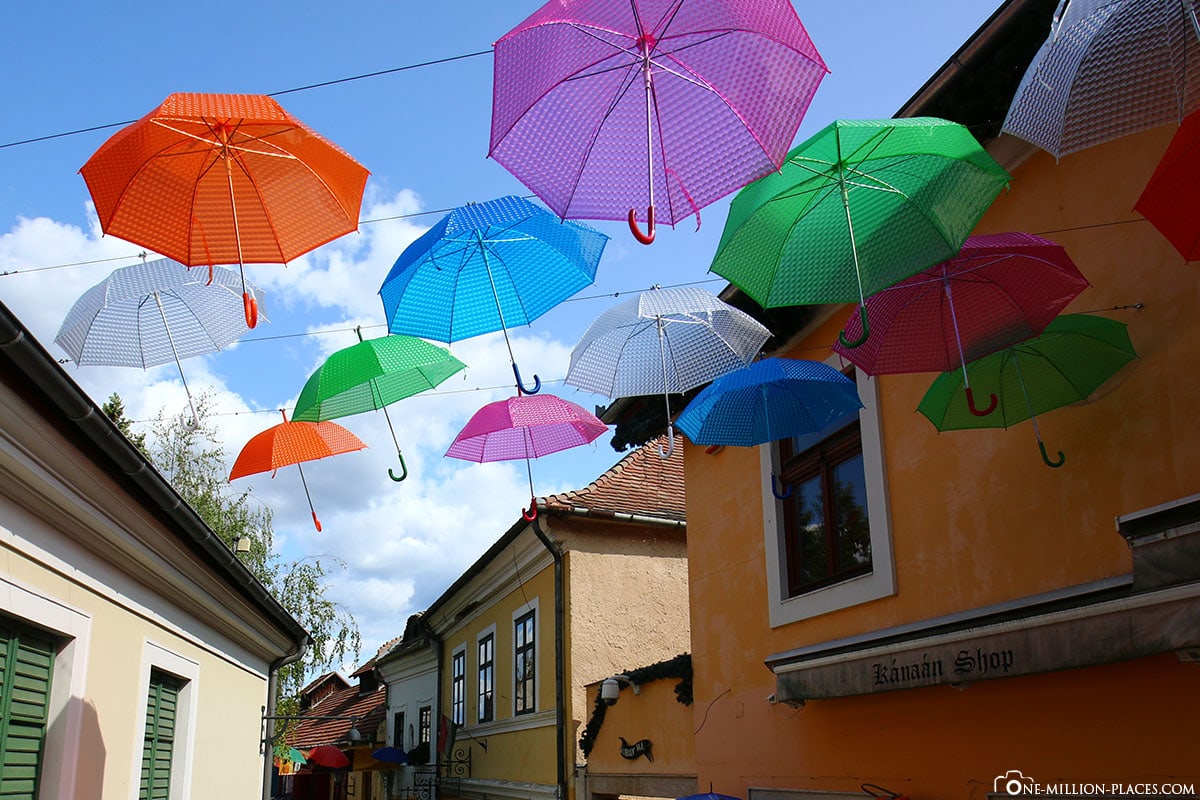 A small city tour in Budapest

Arriving in Budapest, we were coached through the city for an hour and saw the most important squares and sights. But since we knew that the next day we would make an extensive individual city tour on foot, we let the city only affect us without taking many photos. But there was a photo stop with an exit at the end of the day. The bus left us right at the gates of the fisherman’s bastion, so that we could still have a beautiful view of Parliament with the Danube from up here. 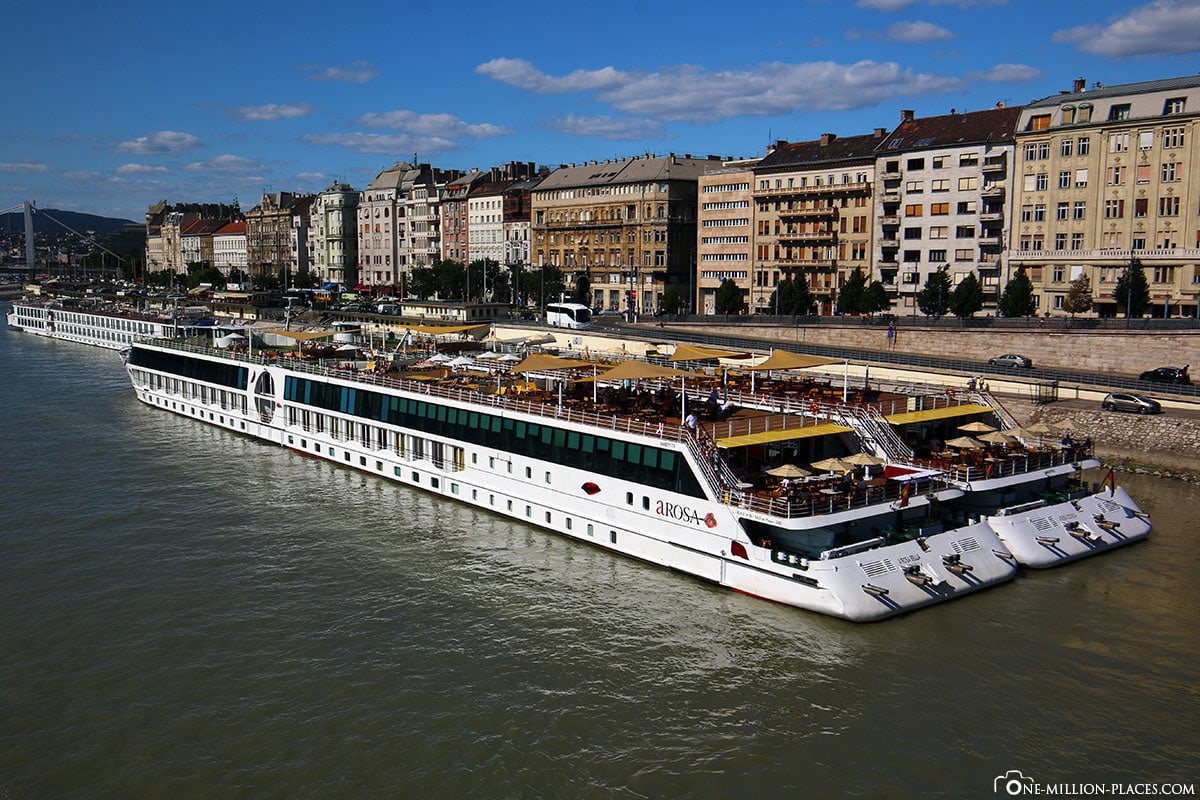 The pier of the A-ROSA Bella in Budapest

Around 5 p.m. we were “delivered” to the A-ROSA, which had a super pier in Budapest right next to the Freedom Bridge. What an eventful and impressive day! 🙂 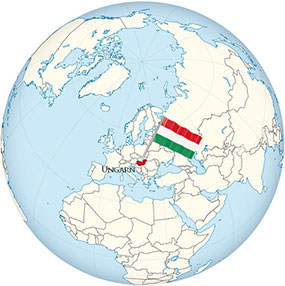