For our day on the island of San Cristobal a catamaran & snorkeling trip to Kicker Rock and the beach “Manglecito” was on the program.

Day
50
of our trip around the world

A catamaran tour to Kicker Rock

With a catamaran and nine other tourists we started at nine o’clock at the port in Puerto Baquerizo Moreno. The first stop was the Kicker Rock, a volcanic rock that stands in the middle of the water at a height of 140 meters. We had already seen this rock on the approach to San Cristobal.

We snorkeled there in two different places and were thrilled by the underwater world. Especially in the gap between the two rocks there were huge schools of fish, parrotfish, puffer fish, sea lions, Galapagos sharks, turtles… and we were able to swim right behind eagle rays. 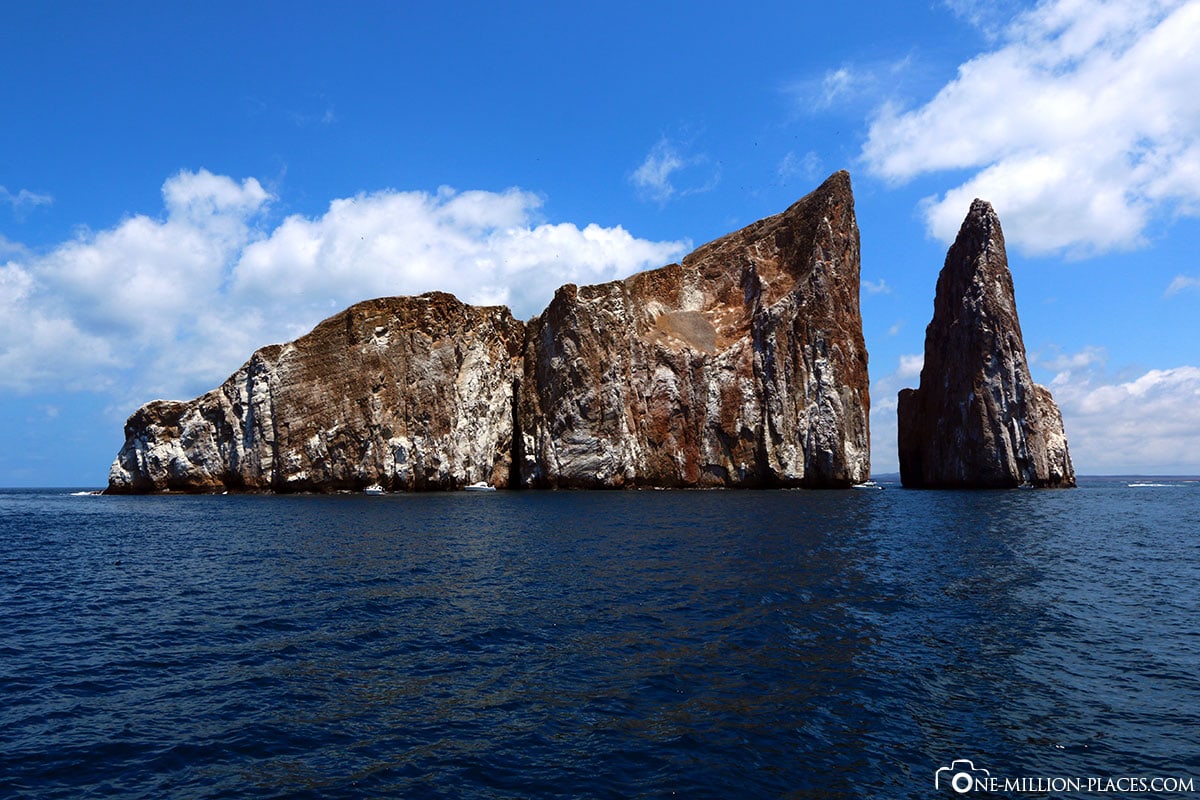 The Kicker Rock at San Cristobal

Our video of snorkeling at Kicker Rock

Here is a short video of our snorkeling tour at Kicker-Rock.

After a delicious lunch on the ship, our second stop was the beach “Manglecito”, where we had some free time. We first looked at the many red cliff crabs on the rocks and then we basked a bit. 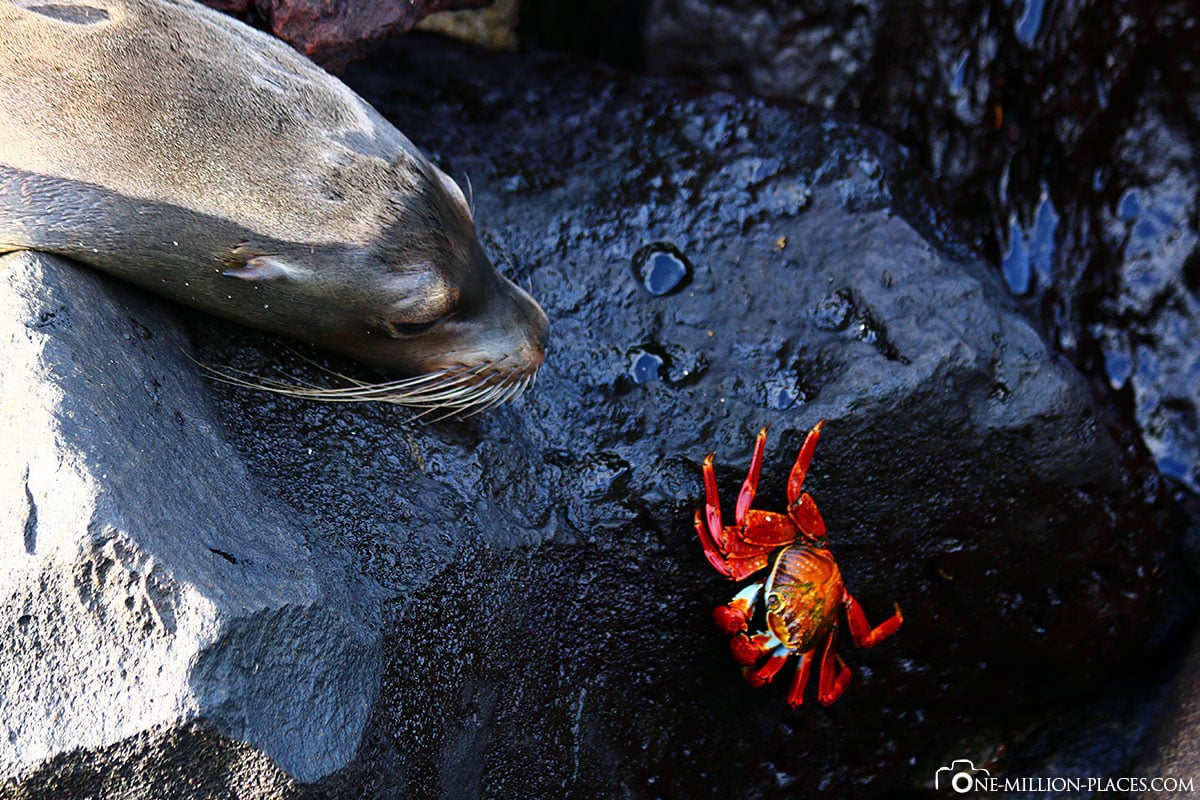 The promenade of Puerto Baquerizo Moreno

Around 4.30 p.m. we arrived at the port again and walked along the promenade of Puerto Baquerizo Moreno. The town consists mainly of small supermarkets, restaurants and hotels.

The sea lions on the beach

Above all, there are many sea lions here. Everywhere you hear sounds, the sea lions play with each other, swim in the harbour basin, just lie in the sand or even take the park benches on the promenade for themselves. A little south there is a small beach with some old cutters.