Today we had to visit our 2nd Galapagos Island after San Cristobal: Santa Cruz. Already in the early morning at 7.15 am our ferry started from Puerto Baquerizo Moreno to Puerto Ayora, where we will spend the next 3 days.

By ferry from San Christobal to Santa Cruz

The ferry was a small speedboat for about 20 people, which took us to the other island in two hours. Unfortunately, the crossing was far from pleasant. The sea was relatively agitated that day and the swell was quite strong, so that we both became completely seasick during the trip and fed the fish several times involuntarily 🙁 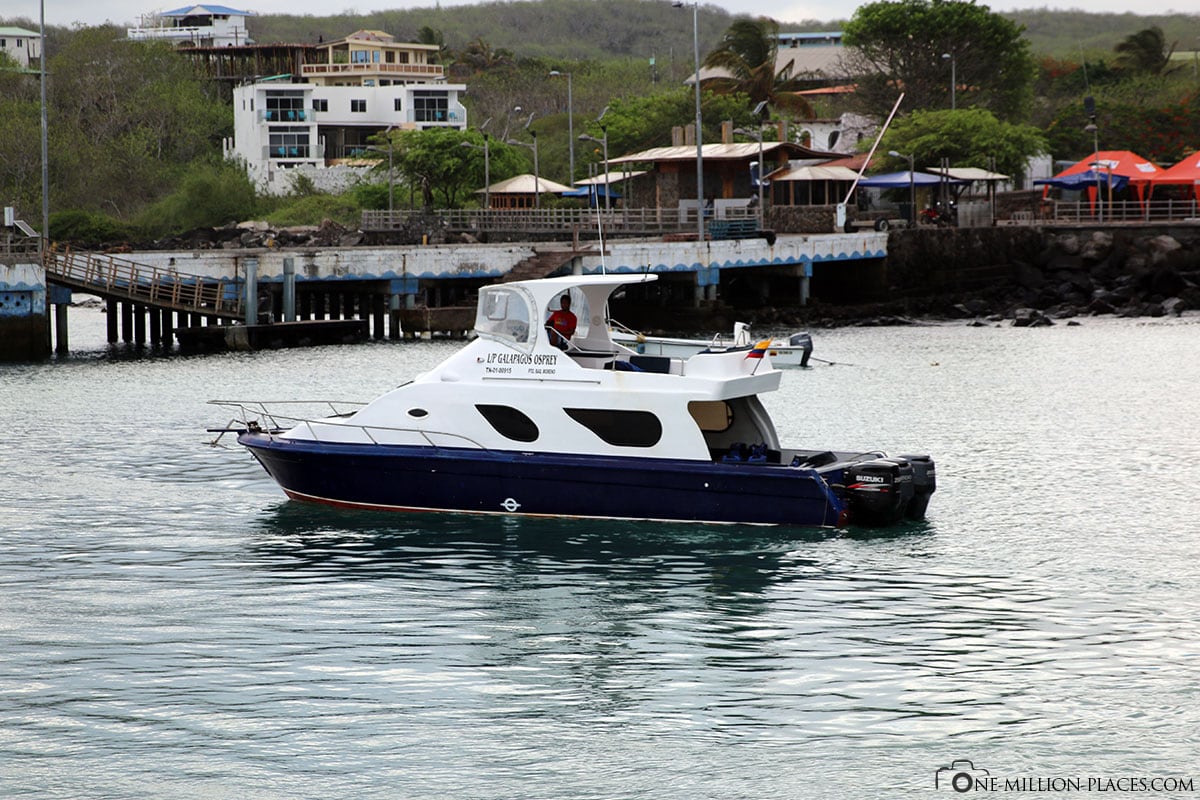 The ferry to Santa Cruz

Our tip against seasickness

The journey with ferries, small boats or even cruise ships can get quite rough from time to time. If you are not used to the movements, high swell can easily lead to seasickness. Until now, we as divers rarely had problems with it, but on the crossings between the Galapagos Islands it also caught us quite.

Our tip: In order not to become seasick, it is advisable to get a few tablets against seasickness beforehand! This can be found in every pharmacy on Galapagos (10 pieces = $1) or in advance already here at home e.g. from Ratiopharm or Aliud . After our horror trip we got “anautin” tablets with the active substance “dimenhydrinate” from our guide in Santa Cruz… and the little things help really amazingly well! We still take these tablets today with every trip on the water, where it can get a little more violent. And since then we have never again become seasick 🙂

Santa Cruz is the most populous island of the Galapagos Islands and the second largest island after Isabela. The island is of volcanic origin and the highest point is 864 meters above sea level. On the south coast of Santa Cruz of the island lies Puerto Ayora, the largest city of all the Galapagos Islands with about 15,000 inhabitants. It is also home to the Charles Darwin Research Station, named after the evolutionary scientist Charles Darwin.

Our accommodation in Puerto Ayora

At about half past ten we arrived in Puerto Ayora, the capital of Santa Cruz, and were picked up directly by our guide Sandro. Since we were not well because of the trip, we went straight to our accommodation Casa Cascada Suites and went to sleep for 2 hours.

We spent three nights at Casa Cascada as part of our pre-booked tour. Host Sandro and his family were always very nice and helpful. We also made some trips with Sandro as he is also an official guide. Our room was very clean, it was cleaned every day. Shower gel and shampoo were also available. Air conditioning worked very well. Only the Internet was a bit slow, but we could also use the Internet at the reception at any time. At night there are a lot of dogs barking in the area – that disturbed us a bit. The breakfast was individual. We could just say a time and it was ready in a small breakfast room. Juice, yoghurt, fruit, rolls, cheese … it was sufficient and delicious. The accommodation is a bit away from the center/port. It takes about 15 minutes on foot. Since every taxi ride in Puerto Ayora costs only 1 USD, you can easily use the taxi pick-ups. We would stay at Casa Cascada again at any time – a great value for money. 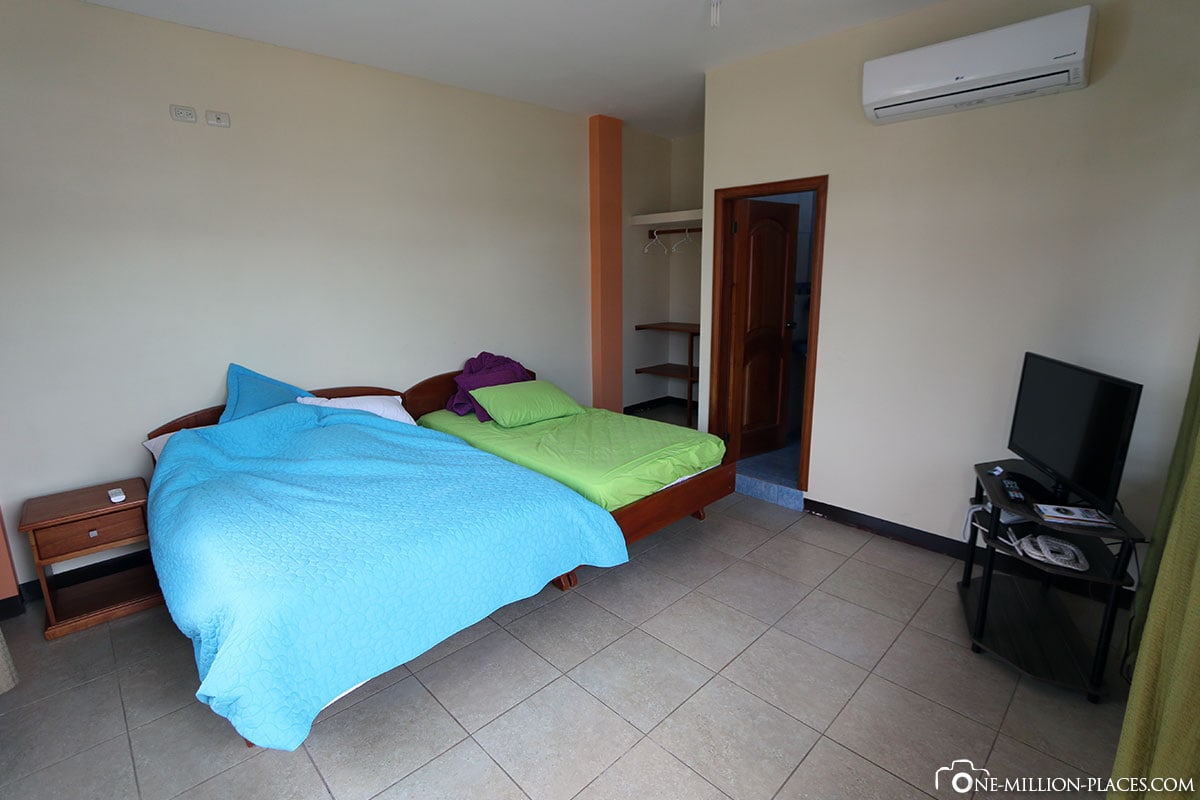 Our room at Casa Cascada Suites

Santa Cruz is the second largest but most populous island in the Galapagos Archipelago with a population of just under 15,000. After lunch in a restaurant at the harbour, we went with our guide to the twin craters “Los Gemelos”, which are located about 15 km from Puerto Ayora. The craters are not really craters, but have formed into crevices and chambers as a result of a collapse of the surface material.

Afterwards, a visit to the “El Chato Ranch” was on the program. Here we have seen for the first time a whole lot of Galapagos giant tortoises, which can be seen there in their natural environment. The animals can live up to 150 – 200 years and weigh up to 300 kilograms – really madness!

A pairing of Galapagos giant tortoises

And even turtle sex was free to marvel at… which can take up to 1.5 hours. If you want to know what it’s like when a Galapagos giant tortoise wants to mate and what sounds it makes, here’s the answer 🙂

On the grounds of El Chato Ranch there is also an old lava tunnel, into which you can walk a whole piece. 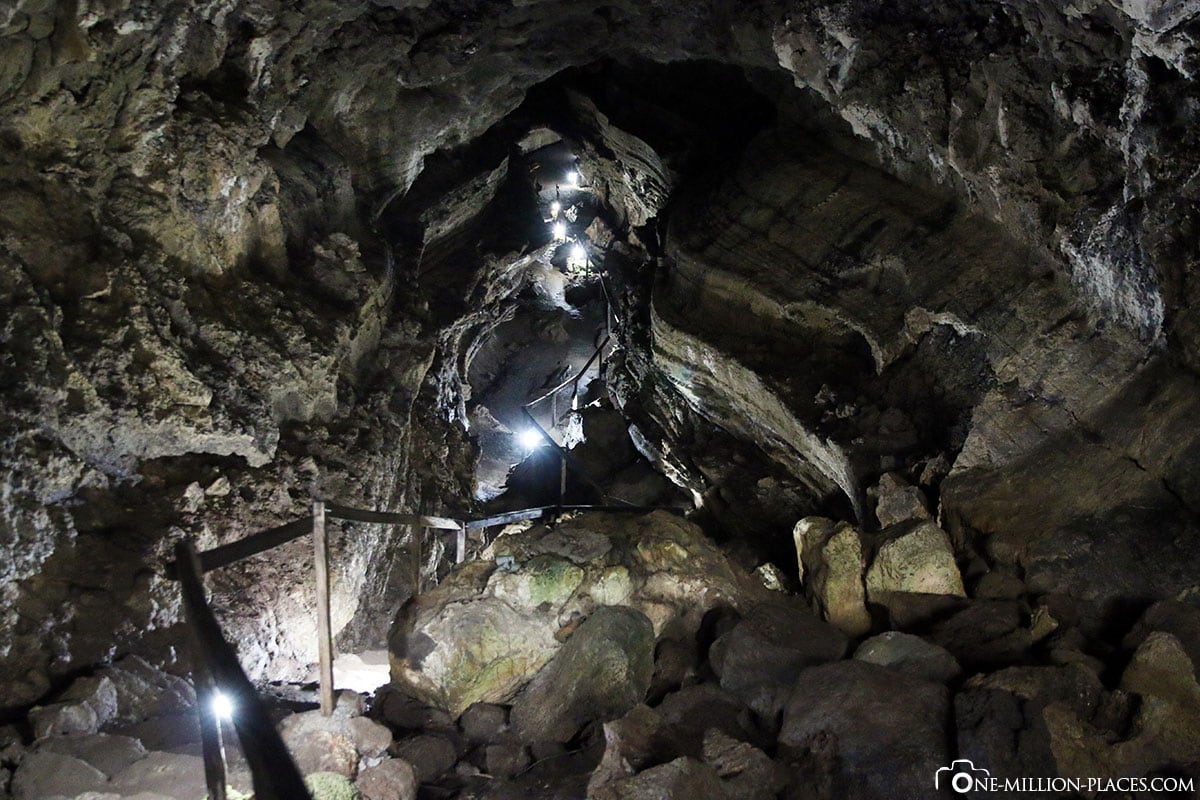 In the evening we had a bite to eat in a small restaurant at the port in Puerto Ayora and went to bed early.