After the islands of New Providence and Great Exuma, we wanted to visit another island on our Bahamas trip to dive a little more into the “Real Bahamas”. New Providence is already very touristy due to the many cruise ships and the Hotel Atlantis and from Great Exuma we could not see so much, because all rental cars were fully booked. When planning our island hopping in the Bahamas we had a little research, which island could still be quite interesting. We came across Long Island. An island that is not so well known for tourism, but really has a lot to offer!

By ferry from Great Exuma to Long Island

The cheapest and easiest way to get from Great Exuma to Long Island is by ferry. It runs once a week from the port of George Town to Simms on Long Island. Since our Hotel Peace and Plenty was only a few minutes walk from the port, this was perfect for us.

On the Bahamas Ferries page, we bought a ferry ticket for just 30 USD per person.

In the morning at 7 o’clock it should start. The ferry provider recommends that you be at the port at least 30 minutes before departure to ensure timely boarding. We were of course on time at 6.15 a.m. at the port. At first glance, it looks like it could start in time, because the ferry has already been loaded with containers. We thought. After all, a question from one of the employees revealed that the ferry was delayed and is just being unloaded and that we still have to wait about 1.5 hours. Welcome to the Bahamas. Everything is a bit different here 😉

Around 8 o’clock it was finally possible to start. On the deck there is a small lounge where we could get two more cookies. Cozy is different, but we got the time to watch movies well. For the last meters we went to deck and watched the ferry dock in Simms. The crossing took a total of 3.5 hours. Shortly after docking we were able to leave the ferry with our suitcases and took a taxi for 30 USD to our Hotel Stella Maris Resort. On the way we made a short stop at a small Aunt Emma shop and equipped ourselves with drinks, snacks and fruit.

For the next three nights we had booked a room at Stella Maris Resort, which is located in the north of the island. Funnily enough, the hotel is run by a German: Jill Smith. In 1965, her parents emigrated from Germany to Long Island after reading in a German newspaper advertisement the call to take over a hotel on Long Island. Two years later, Jill was born on Long Island, grew up here and spent several years in Europe before returning to the Bahamas.

Stella Maris has developed over the years into a beautiful boutique hotel with an associated marina. The property once included Stella Maris Airport. However, because it was very expensive in entertainment, the airport was sold to the government a few years ago for 1 dollar. Currently, there are no direct flights from the US to Long Island, as the runway for larger aircraft at Stella Maris Airport is not long enough. The goal, however, is to expand them in a timely manner, so that the island is easier to reach for guests from the USA.

The resort offers hotel rooms, bungalows and large villas. We stayed in a large bungalow where we felt very comfortable. But what took us a lot of getting used to was the fact that you don’t get a room bowl here at first. This means that the doors are open all day and all night. That’s just part of the culture on Long Island, because everyone trusts each other here. Of course, you could have had a room key given – on request – 🙂

A highlight on the grounds of Stella Maris Resort is Erna’s Nature Pool, a natural tide pool that can be reached via a beautiful boardwalk. Every Friday night at Stella Maris Resort there is a so-called Rum Punch Party with free Rum Punch, Conch Fritters and live music. Afterwards there is a buffet dinner with barbecue chicken, fish and salad for 35 USD.

A kayak tour through the mangroves

On our first afternoon on Long Island we took the chance to rent kayaks in our hotel for free and take a kayak tour.

A member of staff from the hotel took us and the kayaks to the entry point. A short time later the kayaks were in the water and it was possible to start. As provisions we had sandwiches, fruit and water with us and were therefore well prepared. Since the sun was very intense, we also creed in sunmilk.

First we went over a small lake into an area full of mangroves, where we had to pass partly narrow place. We were here alone – no one else was here at the time. A dream! Along the way, we even discovered some animals: from geese to stingrays to small, very fast turtles, which roamed through the water. After about 30 minutes the mangroves became less and less and in front of us a turquoise blue, crystal clear lagoon opened up. The madness! In such a dreamlike environment we have never kayaked before. On a white sandy beach we pulled the kayaks out of the water and looked for a place for our picnic. What a location. And that calm. Again, we felt like we were in a TV commercial. From time to time, even a small baby shark swam by.

After our little break we sat down in our kayaks and paddled back to the starting point. With the staff member of the Stella Maris Resort, who had already brought us there, we had arranged a pick-up time, which was also exactly right. He was already waiting for us so that we could go straight back to the hotel. 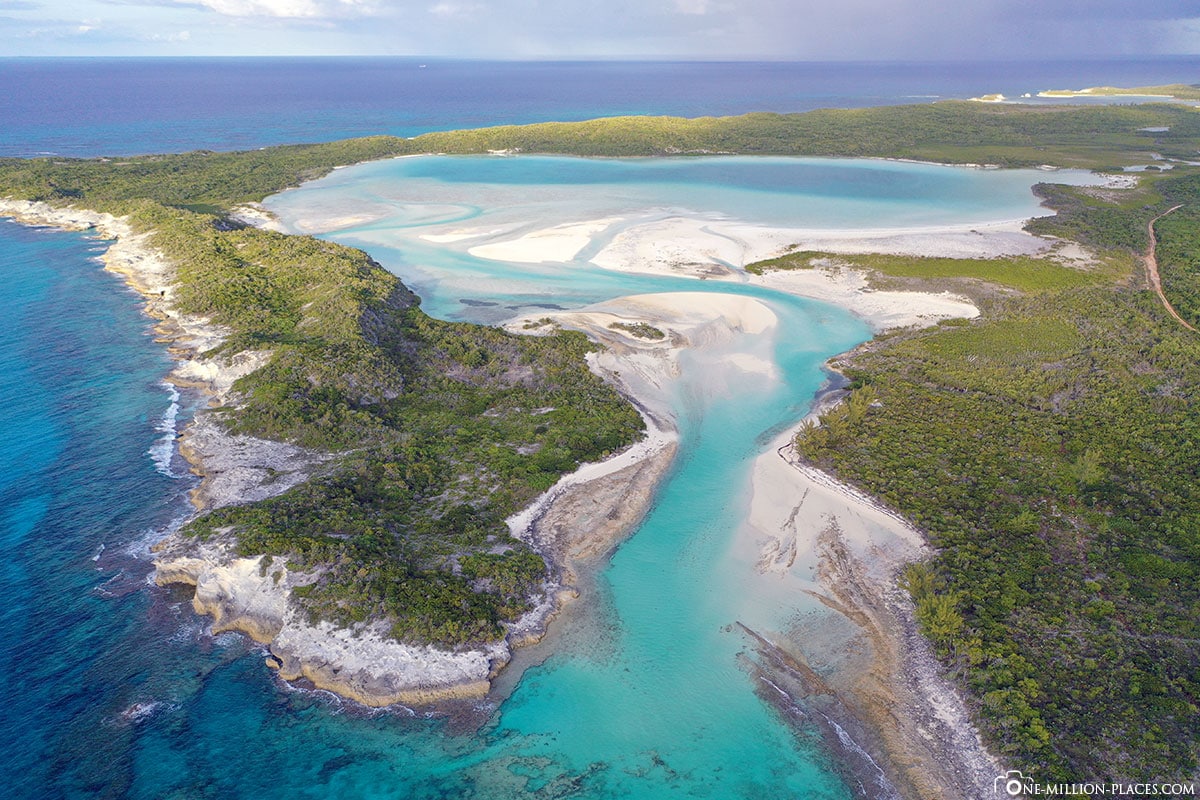