Today we made a trip to the Messel pit, which is only about 20 minutes by car from our home in Darmstadt.

The Messeler Grube is an important window of time in the prehistory of the earth. It is located about 10 kilometres northeast of Darmstadt and is an open-cast mine that has been closed since 1970 and has been mining ore and oil shale since 1859. The pit is 60 meters deep, has a diameter of 800 meters and is known mainly for well-preserved fossils from the Eocene era (about 50 million years ago). The most famous find is the primal horse (Propalaeotherium). In addition, more than 150 other species such as birds, insects, reptiles, primates and many plant species have been found as fossils.

The history of the Messel pit

About 48 million years ago, hot magma from below and groundwater from above collided at the site of today’s pit, igniting in a massive explosion. In the resulting steep and up to 300 meters deep crater (Maarvulkan von Messel) later ground and rainwater formed a low-oxygen lake. Over time, at the bottom of the lake, all the dead were deposited, solidified and became oil shale – with everything that once lived in it. Today, crocodiles, bone pike, primal horses, monkeys, birds as well as everything that slipped down the steep crater walls and did not come up again can be found in the deposits. 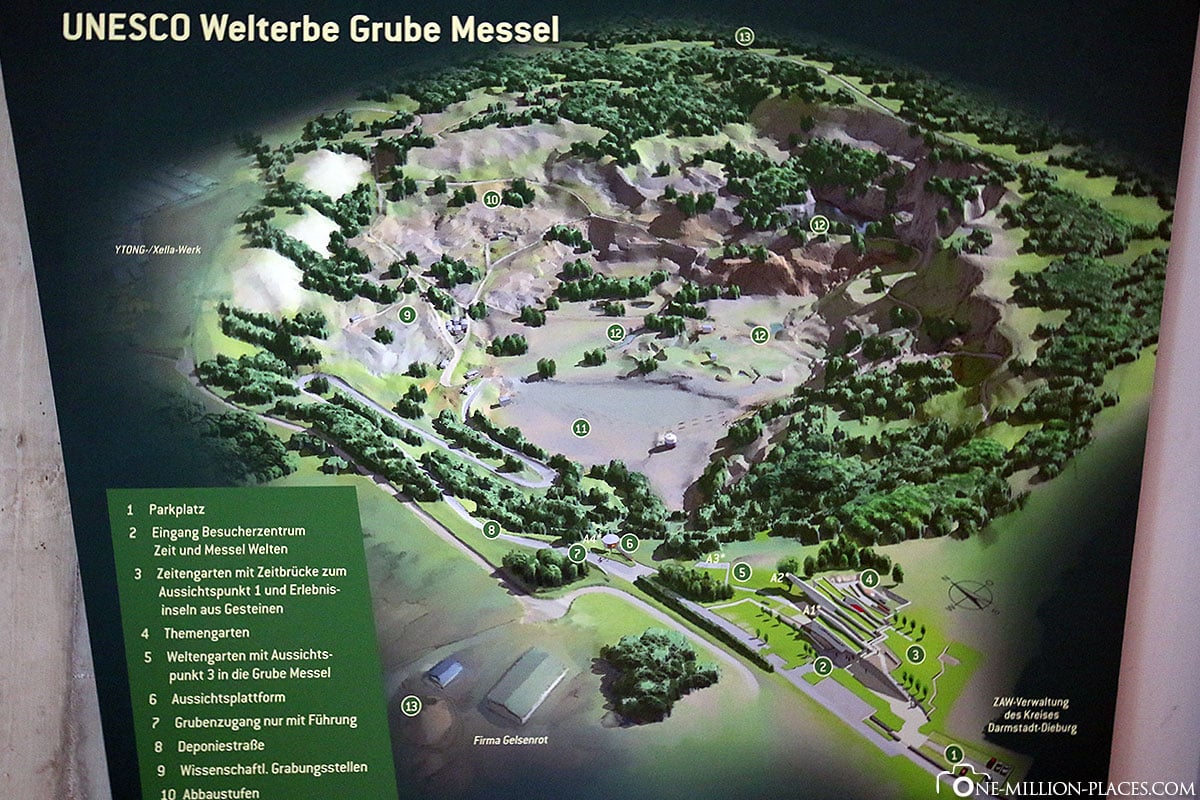 Map of the Messel mine

The Visitor and Information Centre

The visitor and information centre “Zeit und Messel Welten” was opened only in 2010 and offers its visitors an insight into the different layers of the planet and exciting details about geology, volcanism, landscape forms and climate. In addition, you can see some excavation finds of the Messel mine here. The visitor centre is open daily from 10 a.m. to 5 p.m. and admission is €10 per person. 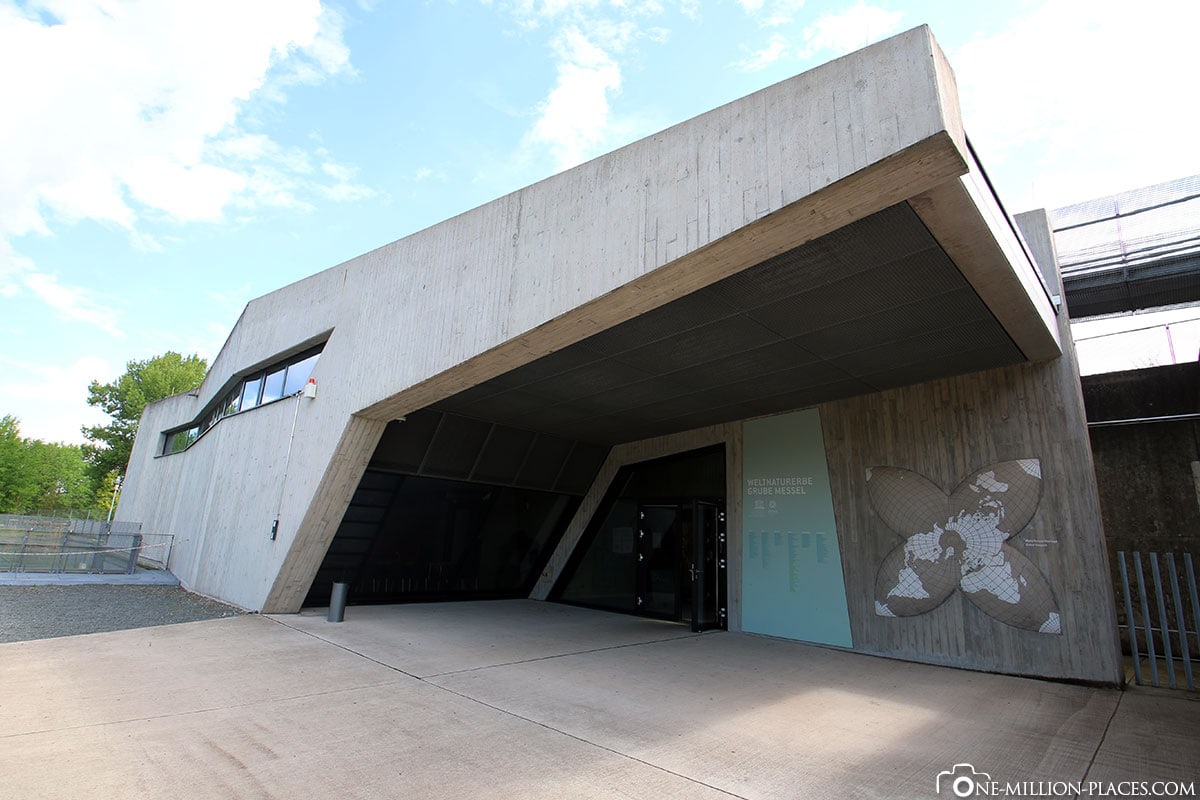 Entrance to the Visitor Centre

The various excavations and fossil finds can be found in the visitor centre of the Messel mine, in the local history museum of the municipality of Messel, in the Hessian State Museum in Darmstadt, in the Geo-Naturpark Bergstraße-Odenwald and in the Senckenberg Museum in Frankfurt am Main. There is a freely accessible viewing platform about 100 meters behind the visitor centre, from which you can take a look into the pit. There are also two other viewpoints on the roof of the visitor centre.

Guided tour of the Messel pit

In total we were about 20 people who made their way to the pit with a guide. During the tour, one learns about the formation of the mine, about the oil shale, the various finds and also about the former plan to turn the mine into a central waste dump for southern Hesse in the 1970s.