After we had visited the Hanseatic city of Enkhuizen in the morning as part of our river cruise with VIVA Cruises, a stop in the port city of Hoorn on the Markermeer was on the agenda for the afternoon. The history of the city and the prosperity of the 17. and 18th century you can meet during a stroll through the alleys, because here you can still admire around 300 buildings from the Golden Age.

Things to know about Hoorn

The first mention of Hoorn can be found in documents from the 12th century, but apparently it was founded much earlier in 716. In 1356, Hoorn bought his town rights from a Dutch count who desperately needed money. After the founding of the United East India Company in 1602, which had its headquarters in Hoorn, the time of flourishing began for the city. The city was named the capital of West Frisia and developed into an international port city due to its strategic location and access to trade routes. Hundreds of ships and numerous sailors & explorers sailed from Hoorn across the world’s oceans and discovered new trade routes. For example, the two Dutchmen Willem Cornelisz Schouten and Jakob Le Maire, who gave the southernmost tip of the South American continent the name “Cape Horn”. Over time, the boom flattened out, among other things, due to trade competition in Amsterdam and England. What remained was a city that was only regionally important as a fishing port and market town.

On the homepage of Hoorn Tourism we have discovered a beautiful city tour, which you can look at and follow here. 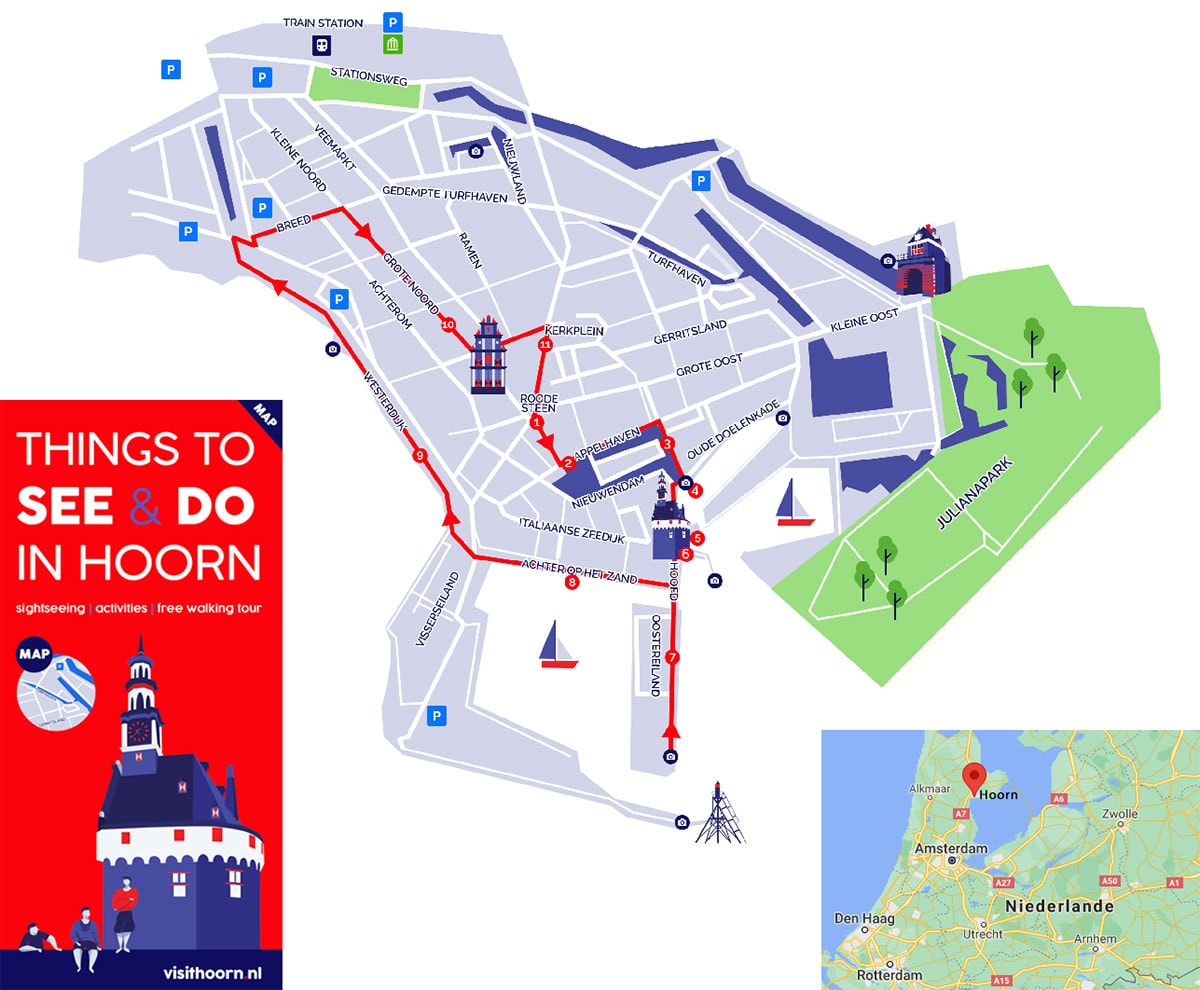 A circular route through the city of Hoorn in the Netherlands

The cruise port of VIVA TIARA in Hoorn

Pole position in Hoorn – there is no other way to describe our berth here 😉 With our ship VIVA TIARA we moored at the pier in front of the Cinema Oostereiland, so that we could even see the landmark of Hoorn from the ship: the Hoofdtoren. We had a total of six hours to explore the city, because our layover time in Hoorn was from 3.30 pm to 10 pm.

The most important sights in Hoorn

From our berth at the Oostereiland we could discover Hoorn wonderfully on foot and on our own. The port city offers a varied sightseeing program: Historic monuments line up with pointed gables merchants’ houses, there are some churches and museums as well as a beautiful city gate.

The Hoofdtoren is a defensive tower built in the late Gothic style from 1532. In order to protect the port from attacks from the sea side, it was placed at the southernmost corner of the port and built with 1.5 meter thick walls on the sea side. This construction method makes the tower an important part of the Hoorn defense system. Already at the beginning of the 17th century, the Hoofdtoren lost its defensive function and functioned more as a meeting place. Since 1965, the tower has been on the national register of monuments and has been home to a restaurant for several years.

The tower is located in the middle of a harbour district: Vluchthaven on one side and the inland port on the other. At the inland port we were able to discover many beautiful pointed gables merchant houses on the Veermanskade, which are a great photo motif.

On the central square of Hoorn you can find the the Roode Steen, the Stadtwaag built in 1609, as well as the Proostenhuis, which contains the West Frisian Museum with collections on the city’s history. Around the square, numerous cafés and restaurants invite you to linger. In the middle of the Roode Steen sits the statue of the Dutch merchant Jan Pieterszoon Coen, which must be viewed critically, because as the fourth Governor-General of the colony of the Dutch East Indies (today’s Indonesia), he was largely responsible for the harsh policies of the Dutch in the then East Indies, which killed thousands of indigenous people.

The Oosterpoort is the only surviving of once four city gates. The other three gates were demolished in the middle/end of the 19th century. The gate was built in 1578 and extended almost 30 years later by a small attached house. It used to be used to control incoming and outgoing persons as well as the movement of goods. Today, many pedestrians pass through the gate to enter or leave the city center. 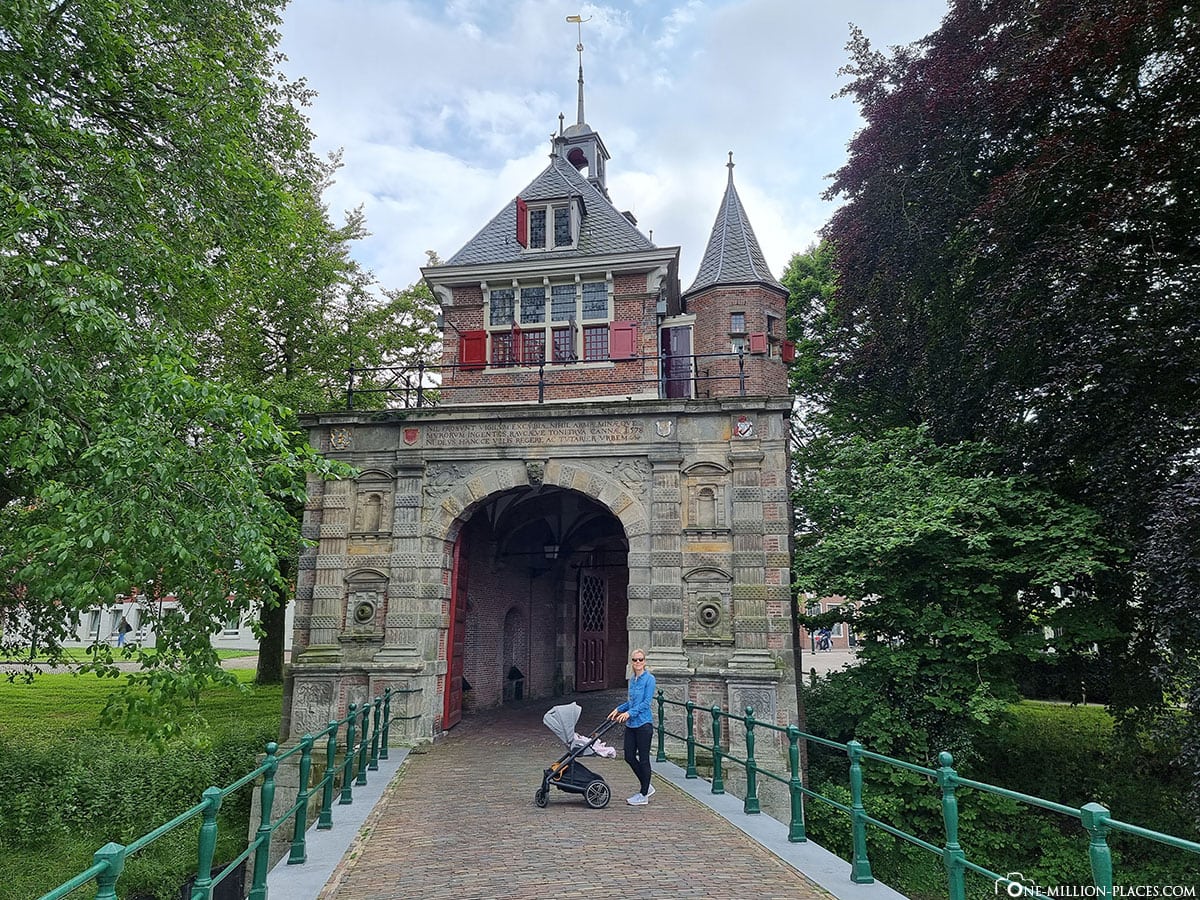 After our sightseeing program we strolled along the main shopping street ‘Grote Noord’. Small shops, galleries, restaurants and cafés have settled in the historic houses of Hoorn. One building in particular struck us on the Grote Noord because it is visually very beautiful: The St. Jansgasthuis was one of the first hospitals in Hoorn. As a monastery, it welcomed pilgrims and travelers and if there was still space, the sick and weak were also accommodated here.

During our city tour we could see many other interesting buildings, pretty houses and monuments, such as the churches Noorderkerk, De Grote Kerk and De Koepelkerk. Somewhat hidden, but very beautiful is also the portal Admiraliteitspoortje from 1607.

A map with all sights of Hoorn

On the following map at Google MyMaps we have drawn all important sights & photo spots of the port city of Hoorn.

A map of the most important sights in Hoorn 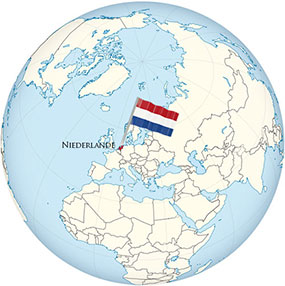