On a sunny Sunday in summer we set out to explore our surroundings a little more. Our day trip took us to Seligenstadt, a small town on the Main, which is located about 25 km southeast of Frankfurt.

Things to know about Seligenstadt

Seligenstadt is a town in the district of Offenbach in Hesse, with a population of about 21,000 and has a history of more than 1900 years. The former Roman castle on the Limes has now become a very interesting city, which – especially on beautiful summer days – is a real tourist magnet: a historic old town, small cobbled streets and restored half-timbered houses characterize the image of the city. 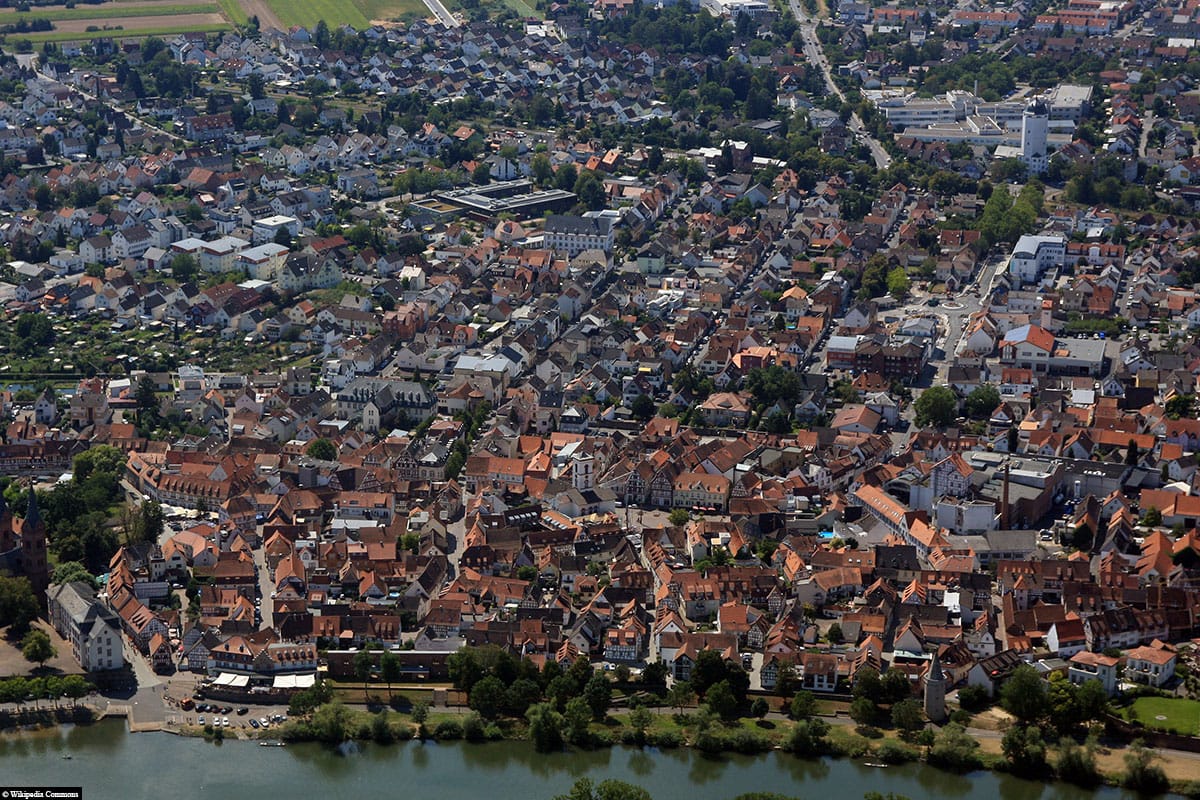 The city of Seligenstadt am Main

A walk on the banks of the Main

With a delicious ice cream in hand, we started our city tour on the Main and observed the hustle and bustle on the shore. The Main ferry “Stadt Seligenstadt” brought countless tourists and locals from the Bavarian main side in a few minutes on the Hessian side.

Directly at the ferry pier you can see the Palatium, the ruins of a Staufische Electoral Palatinate from the 12th century. Today, only the Mainfront with double and triple arcades and red sandstone arches remain of the profane building. The main front of the Palatium was originally integrated into the city wall built in the 12th century. In total, the city fortification consisted of four gate towers and six bulwark towers – to date only the Steinheimer Tor and three bulwark towers have been preserved.

The old town of Seligenstadt

The old town of Seligenstadt is characterized by small alleys, historic buildings and colourful (partly listed) half-timbered houses from the 17. and 18th century. For this reason, Seligenstadt is located on the Deutsche Fachwerkstraße, which combines unique landscapes, historic locations and lovingly restored monuments over a length of around 3,500 km.

The central point in the old town is the large market square, where most two- to three-storey half-timbered houses are located. The town hall from 1823 is the only neoclassical building on the square. The tower, which rises from the town hall, comes from a former parish church, which was demolished in earlier years. We particularly liked the Einhard House from 1596 on the market square, which has a particularly beautiful half-timbered decoration and a beautifully designed Eckerker.

Seligenstadt Abbey was a Benedictine monastery that existed from the 9th to the 19th century. During this time, monks lived and worked behind the monastery walls according to the rules of St. Benedict until the monastery was dissolved in 1803 as part of a secularization. Today it is one of the few almost completely preserved monastery complexes in Hesse. We really liked the 30,000 m2 monastery garden, which was reconstructed according to its historical structure and planting. On the plant you will find various useful and ornamental plants as well as a generously laid out pharmacist’s garden.

The church of St. Marcellinus and Peter was originally the church of the monastery Seligenstadt and after its secularization was converted into a Catholic parish church.

From the monastery we walked the footpath on the Main for about 20 minutes to the east until we arrived at the Wasserburg Klein-Welzheim. The water castle was built shortly after 1700 by the Seligenstadt abbot Francis II Blöchinger. Initially it served as a garden house for the festive culture in the garden of the Seligenstadt abbots. About 100 years later, the water castle came into state ownership through secularization. Since 1972 it has been privately owned and has been restored to the list. 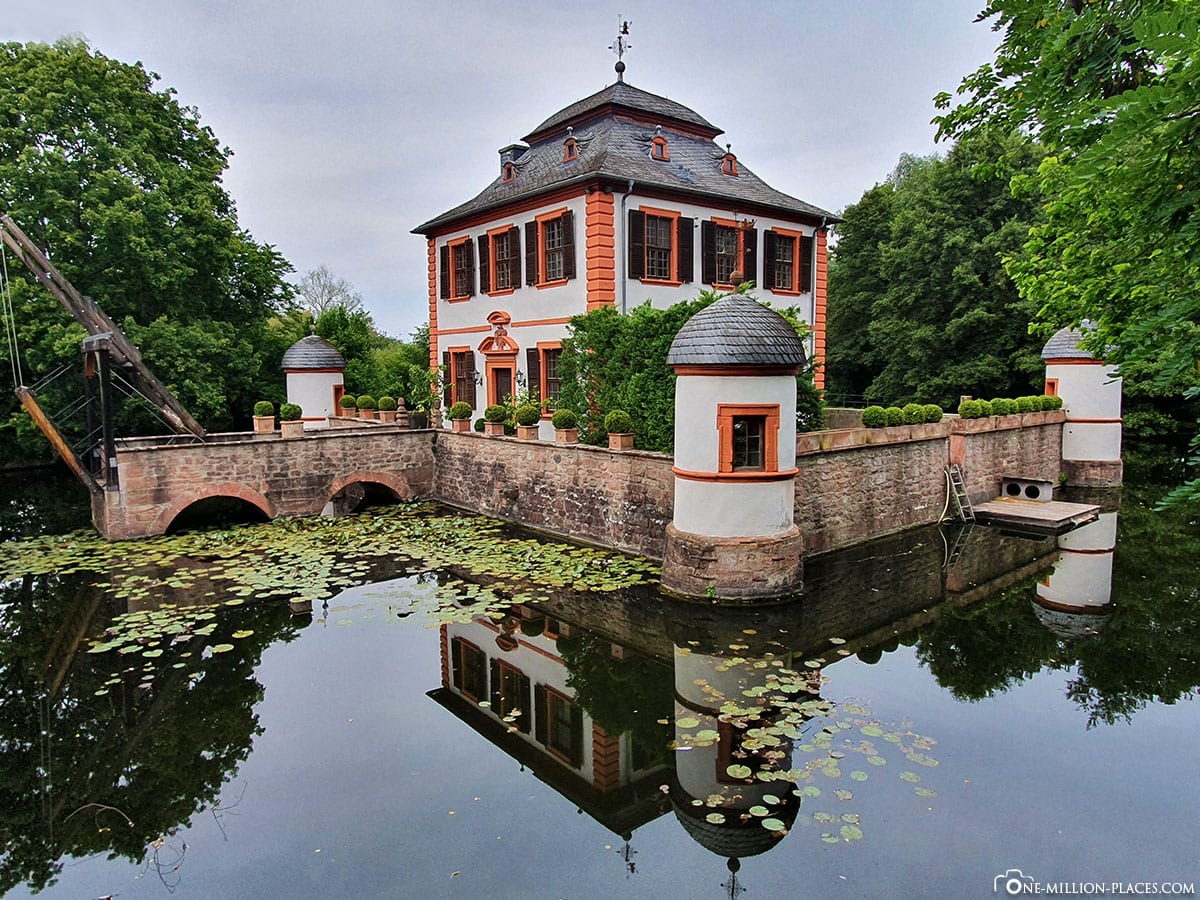