London is certainly one of the most famous and important capitals in the world. For a long weekend we tried to explore the most important tourist attractions and photo spots of the city on the Thames on our own.

Explore London on your own

At the Hotel Park Plaza County Hall London we booked a superior room for three nights. We did the city exploration with one of the red double-decker buses from Big Bus Tours. Two different routes can be taken here. Although it rained a lot during our stay, we looked at a lot.

Probably London’s most famous bridge, Tower Bridge, connects Tower Hamlets on the north side (Tower of London) with the Southwark borough on the south side (City Hall). At a height of 43 metres, there is a walk-in pedestrian bridge with a new glass floor. The upper part of the bridge is also home to a museum where you can find out about the history of the bridge. On Westminster Bridge is the Houses of Parliament (or Palace of Westminster) with the Elizabeth Tower. The clock tower is also often called Big Ben, although Big Ben is actually only the heaviest of the tower’s five bells. Behind the British Parliament stands Westminster Abbey, a church where the kings of England are traditionally crowned and buried.

On the other side of Westminster Bridge is the London Eye Ferris Wheel, which at 135 metres is currently the tallest Ferris wheel in Europe. A lap with the Ferris wheel costs a proud 32 euros. Right next to it is the Sea Life London Aquarium, which is located in the London County Hall. On a rainy afternoon we spent two to three hours here and looked at the underwater world with its different species.

A week before we arrived in London, the cloud crater The Shard had reopened. The high-rise houses offices, luxury restaurants, luxury apartments and a five-star hotel. At the top there is a viewing platform “The View”, which is one of the newest Tourist Attractions. The view from up there on London had to be fantastic. Since all tickets sold out quickly during the first few weeks, we had to buy tickets online in advance to be sure that we would also get seats. Unfortunately, we couldn’t take that into account for the weather. And of course it rained on the day we had maps and there was a thick fog over London. And accordingly, the view from 244 meters height was… we have not seen anything. Nothing at all 🙁 This was really annoying, especially since the tickets cost 36 euros per person. But we were very lucky: After explaining to the staff at the ticket office afterwards that we couldn’t see anything on the viewing platform, we got all the money back without any ifs and buts. That was really great and very nice.

A visit to Buckingham Palace is also one of the most famous Tourist Attractions in London. Another stop was St. Paul’s Cathedral, one of the most famous churches in the British capital. To the south is the Millennium Bridge, a suspension bridge from whose southern shore you can enjoy unrestricted views of St Paul’s Cathedral. The area around Piccadilly Circus is a large shopping and entertainment area. Oxford Street, Regent Street, China Town and Trafalgar Square are in the immediate vicinity and are always worth a visit.

London has several Starbucks stores and also its own cup 🙂

The Starbucks City Cup of London 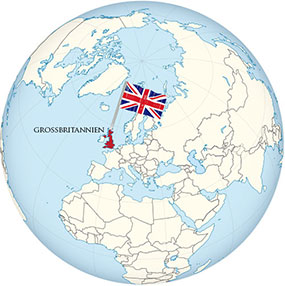