After our stay yesterday on board the AIDAperla for the 1st AIDA Barcamp we woke up today in bright sunshine and enjoyed the very tasty hotel breakfast buffet at the 25hours Hotel Hamburg HafenCity. Our train back to Frankfurt was not supposed to leave until 2.30 pm, so we had a few hours for a little sightseeing in Hamburg. So nothing like going on 🙂

Built between 1883 and 1927, the Speicherstadt, which borders directly on the 25hours Hotel Hamburg HafenCity, was our first port of call. Covering a length of 1.5 kilometres and a width of 150 to 250 metres, the Speicherstadt, including the Fleete, covers an area of about 26 hectares. Hamburg’s Speicherstadt is located in the northeastern part of the Port of Hamburg – between Baumwall and Oberhafen – and is the world’s largest historic warehouse complex. So it is not surprising that the listed area was added to the UNESCO World Heritage List in July 2015, along with the nearby Kontorhaus district and the ChileHaus. 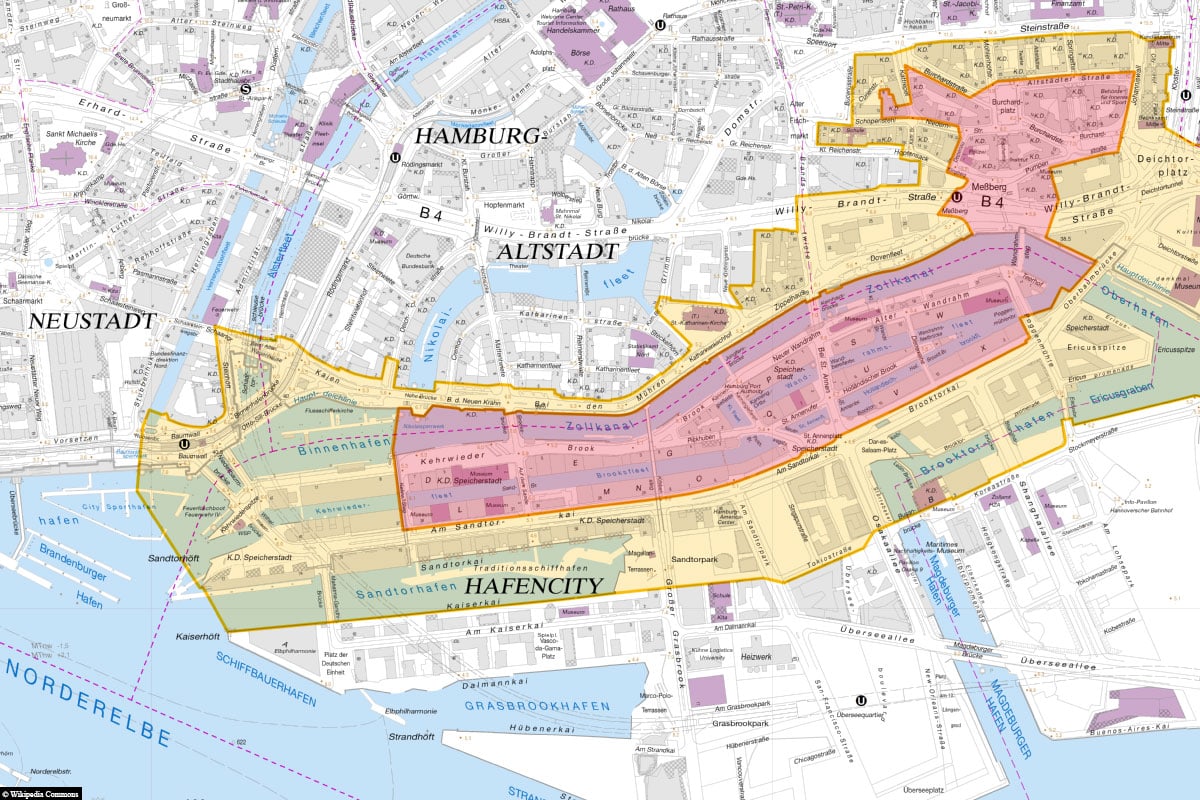 We particularly like the successful contrast between old and newin Hamburg’s Speicherstadt and the adjacent HafenCity: the old red brick storage buildings – such as the well-known water castle – cobbled streets, in between the small bridges over the traditional Fleete. On the other hand, in hafenCity, state-of-the-art residential and office buildings or the Marco Polo terraces, which invite you to linger by the water. In the HafenCity, which is to be completely finished by 2030, and in the Speicherstadt you could stroll around for hours. At many corners, cafés invite you to linger or simply sit down with an ice cream on the banks of the Elbe and enjoy the sun… and life 🙂 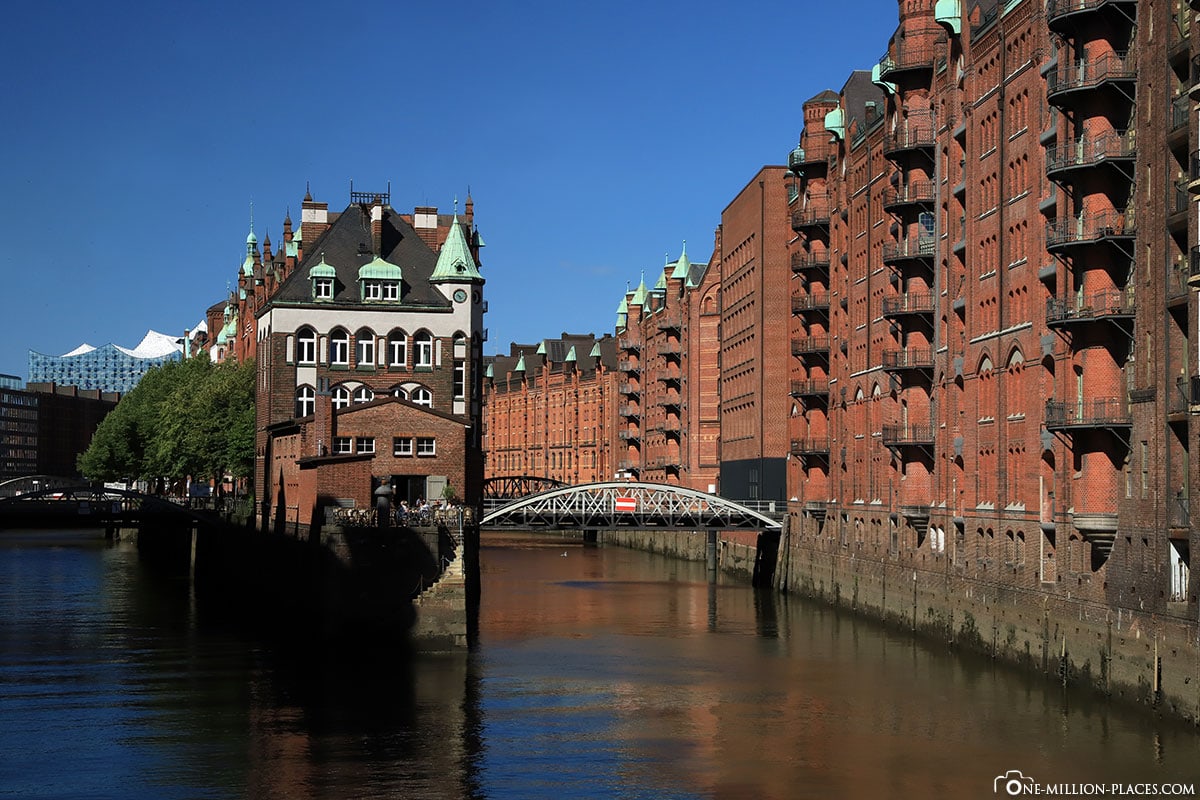 The water castle in Hamburg’s Speicherstadt

The Kontorhausviertel with its large Kontorhäuser is located in the southeastern part of Hamburg’s Old Town. The building structure is characterised by reinforced concrete structures with clinker facades. The most famous buildings of the district are the Chilehaus, the Sprinkenhof, the Montanhof, the Messberghof, the Mohlenhof, the Bartholomayhaus or the Altstädter Hof.

Our next stop in the HafenCity was the Elbphilharmonie, which was not yet completed on our first joint visit to Hamburg in 2013. The “Elphi”, as it is affectionately called by hamburgers but also tourists, was completed after nine years of construction with construction costs of 866 million euros at the end of 2016. The 110-metre-high building not only houses the famous concert hall, but also a hotel with 244 rooms, 45 apartments (purchase price up to 10 million euros!) and a parking garage.

If you want to look at the interior of the building, there are three different options:

A visit to the Plaza: The Elphi public viewing platform is located at an altitude of 37 metres, exactly between the brick base and the glass part of the building. If you want a nice panoramic view of the city and the harbour, you can get so-called Plaza tickets free of charge at the bottom of the cash register and visit the viewing platform daily between 9 a.m. and midnight. Since there is only one specific capacity, it is not possible to guarantee that spontaneous visitors will receive tickets. If you want to be on the safe side, you can also pre-order these Plaza tickets on the Internet, but you have to pay a fee of 2 euros per ticket. We still received free tickets at the ticket office and were able to go directly to the plaza. From below, the longest escalator in Western Europe, at 82 metres, leads up to the public plaza. In addition to the viewing platform, there is also a shop, a café and the toilets.

A concert hall tour: If you also want to get an insight into the architecture of the building and the concert halls, a concert hall tour is the right thing for you. The guided tours go about one hour and cost 15 euros per person.

Visit to a concert:Tickets for this are available for as early as 10 euros directly on the website.

Hamburg, of course, has several Starbucks stores and also has its own cup 🙂

The Starbucks City Cup of Hamburg