After our two dives in Peleliu in the morning, a land tour to the historical theatres of war and remnants of world War II between the Japanese and the USA was imminent.

Our land tour with Peleliu Adventures

We took our submersible to a small jetty to land. This is also where all other excursion or submersible boats that had booked a land tour on Peleliu are located. The place was already full of other boats and many Asian guests romped ashore, relaxed in the shade or just ate their lunch. Since we still had 1.5 hours until the start of our tour, we were able to treat ourselves to a cold shower and slip into normal clothes before we plunged on to our delicious lunchbox. Just in time at 2 p.m., a truck arrived from the peleliu Adventures agency to collect us. In the next two hours we should be told more about the history of Pelelius in World War II.

Peleliu is only 13 square kilometers in size and today about 500 people live on the island. There is a ferry connection to Koror, but it only runs a few times a week. During World War II (September to November 1944), the Battle of Peleliu took place here on the island, where American and Japanese forces fought each other. The island had already been occupied by Japan at the beginning of World War I. Later, Japan had preserved the island as a League of Nations mandate and used it economically. For the Americans, the Palau Islands had above all a strategic importance as an “outpost” of the defense of the Philippines. The original plans of the Americans envisaged the seizure of the main island of Babeldaob. Since Peleliu was already a finished airfield, the plans were concentrated on this island. The battle for Peleliu was originally supposed to last only a few days – in the end it was fought for almost three months. The victory of the Americans ended very bloody and loss-making on both sides. More than 10,000 Japanese and 2,000 U.S. Marines died on the tropical patch of land in the Pacific.

The theatres of war on the island of Peleliu

Our first stop was Orange Beach, where most of the American troops went to Lang in 1944. Here you can also find the American War Memorial. We then continued over the old airfield to an old Japanese tank,which rusts along the side of the road.

Next we were allowed to explore the remains of the former Japanese headquarters, which is now an overgrown ruin in the jungle. We could see a little more about the history of the war in the World War II Museum, which contains a small exhibition about the Battle of Peleliu.

Very interesting were then several old American tanks, an old crashed plane and a Japanese anti-aircraft gun, which was well hidden for protection in earth caves. 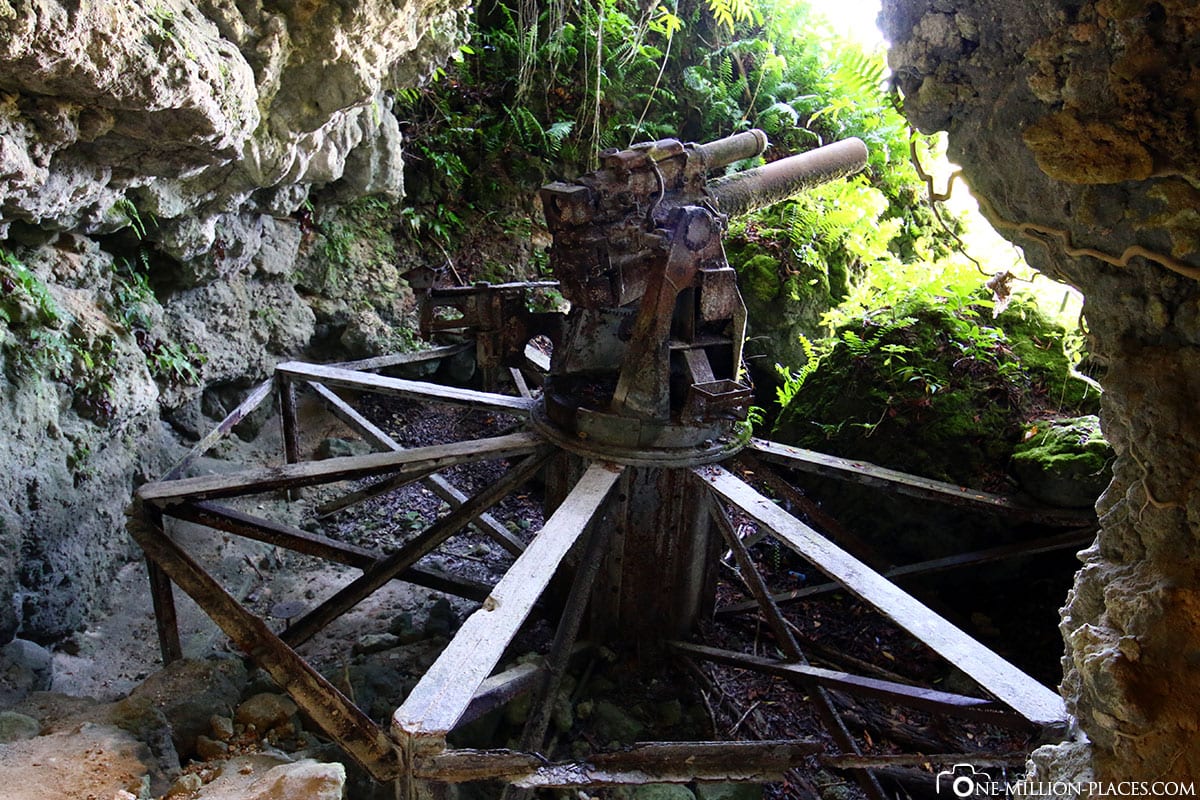 Our guide, supported by old pictures, really told us a lot about the struggles of that time. We were also able to learn a lot about the life of the islanders today. After about 2 hours we arrived at the pier again and made our way back to Koror. A really very exciting and interesting excursion,which we can only recommend to everyone!