On today’s diving day, when we already had two dives in the southern lagoon, we went back to the diving school of Fish ‘n Fins. Here we briefly loaded new diving bottles onto the boat, because today we wanted to take advantage of the opportunity to do a third dive. This usually goes to Jake Seaplane,just 5 minutes from Koror. We didn’t want to miss that. On Aruba we already had the opportunity to see a plane underwater and were very enthusiastic.

The history of the aircraft wreckage

The Jake Seaplane is, as the name suggests, a well-preserved seaplanelocated at a depth of about 12 meters off the coast of Palau. The Aichi E13A Navy Type 0 seaplane (codenamed Jake) belonged to the Japanese Armed Forces and sank off Palau before or during World War II for previously unexplained reasons. Our instructor said that one thing is certain: it was not attacked or fired, as there are no bullet holes on the missile. There is speculation as to whether there was simply a technical defect or a lack of fuel and the aircraft had to be landed due to an engine failure. What exactly happened? How many people died in the process? You will probably never find out the truth… It took until 1994 for a fisherman to first discover the plane wreckage from the surface and inform a local diving school, who were then allowed to dive the wreck for the first time. 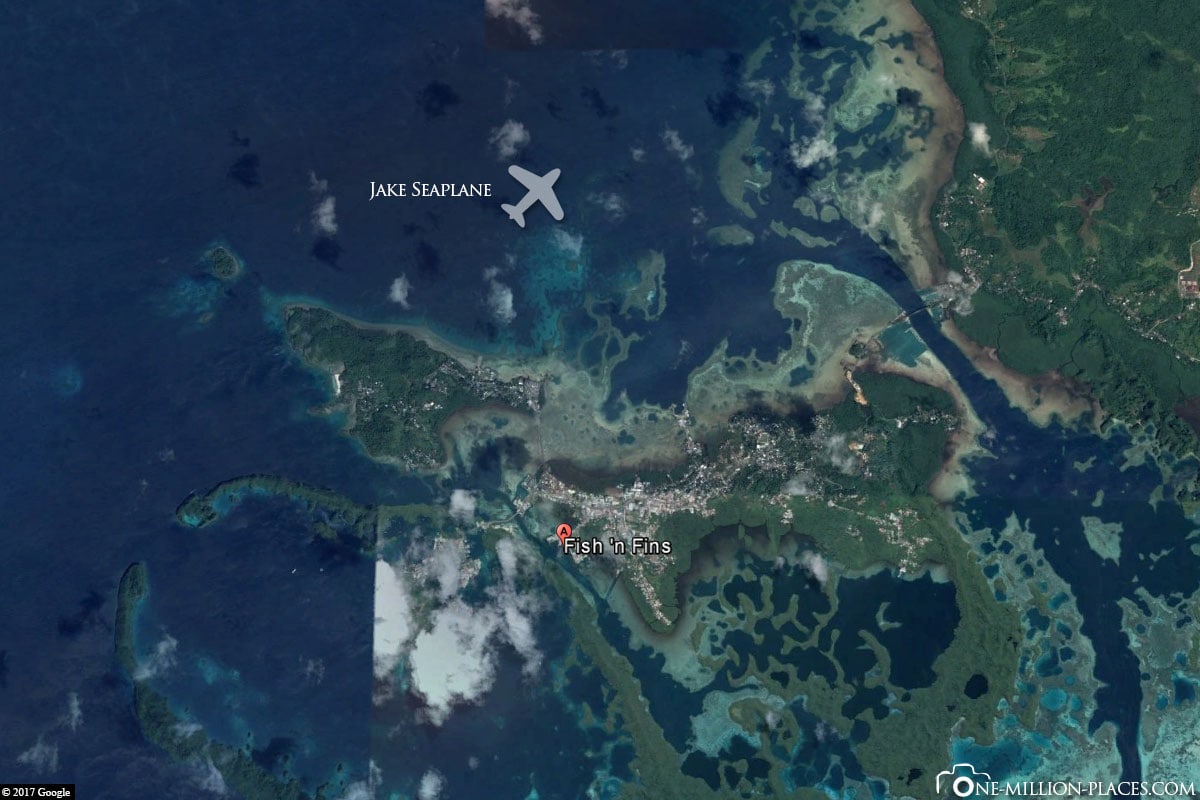 Our dive at Jake Seaplane

The aircraft wreck (11.3 meters long and with wings 14.5 meters wide) is located on a coral reef and is surrounded by an infinite number of corals and sponges in which many marine animals have found a home. Next to us was another diver at the dive as well as our Dive Master – a nice, small group. When diving, you could already see the wreck very well, so we first tried to marvel at the wreck in its entirety, to photograph and film it. The wreck is amazingly very well preserved. A piece of the stern and one of the floats is about 6 meters away from the rest of the wreck. The wreck is beautifully overgrown both inside and outside and is populated by fish.

After seeing the plane, we explored the area around the plane. Under one of many corals we were able to discover an octopus, which unfortunately did not dare to show itself completely. Very bad. Elsewhere, we could see little clownfish trying to defend their territory.

Our videos from Jake Seaplane

The dive site was super easy to dive and is definitely also suitable for beginners. There was no current, the light was good and the view was good as well. Here is a short video of our dive: