After visiting the island of North Seymour this morning we arrived at the “Bachas Beach” on the north-west coast of Santa Cruz at about 1 p.m.

Day
53
of our trip around the world

Bachas Beach is a beautiful beach with white sand and turquoise blue water, where many sea turtles have their nesting places. There was really a lot to discover here.

A walk on the beach

We have passed a little the beach, which is really very nice. 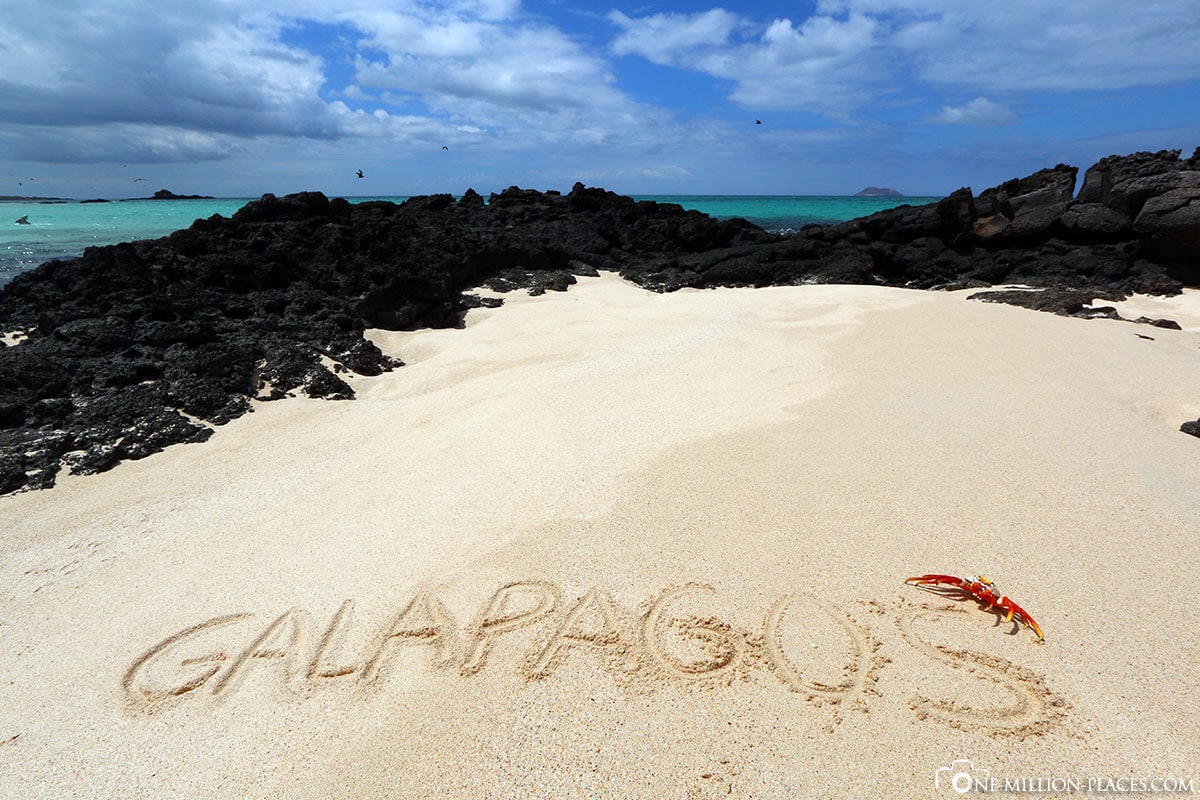 The salt lagoon with flamingos

A hiking trail led us across the sand dunes to a small salt lagoon where there were some flamingos to see.

There were also plenty of animals on the beach. Above all, many of the marine iguanas can be found here. Often you have to look twice, as your color is perfectly adapted to the lava stones of the surroundings. And also the red cliff crabs can be found here everywhere.

Snorkeling on the beach

And in the water we have even seen a reef shark in the shallow water while snorkeling – besides many fish.

After these two trips we went back by boat and bus back to Puerto Ayora, where we arrived at about half past five. We ended the great day with a dinner at the harbour.