After we were in California for two weeks at the end of October, it tingled in our fingers again in February. We were ready for vacation! So we searched the internet and relevant bargain sites, like urlaubspiraten.de, up and down to get inspired and find a nice destination. Our choice was made in Mauritius, as the island has been on our bucket list for a long time. And there is nothing better than to escape to a warm region in the German winter in muddy weather and to soak up a little sun. So we didn’t lose any time and just spontaneously booked the flight to Mauritius – two weeks before the actual appointment. How cool 🙂

Our travel plans for Mauritius

If you haven’t planned anything yet, 2 weeks to go on holiday isn’t much time 🙂 So for us we had to read a lot of travel reports in other blogs and websites and look at specialized Facebook groups. For example, Wonderful Mauritius or the Group German Forum Mauritius helped us, where we could get helpful tips for our activities in Mauritius.

In total we were 7 full days in Mauritius. This is not much for such a far-off destination, but unfortunately more was not possible due to time and holiday reasons. But even in 7 days you can experience a lot 🙂 What we have done on the island, we will gladly tell you in the following contributions. 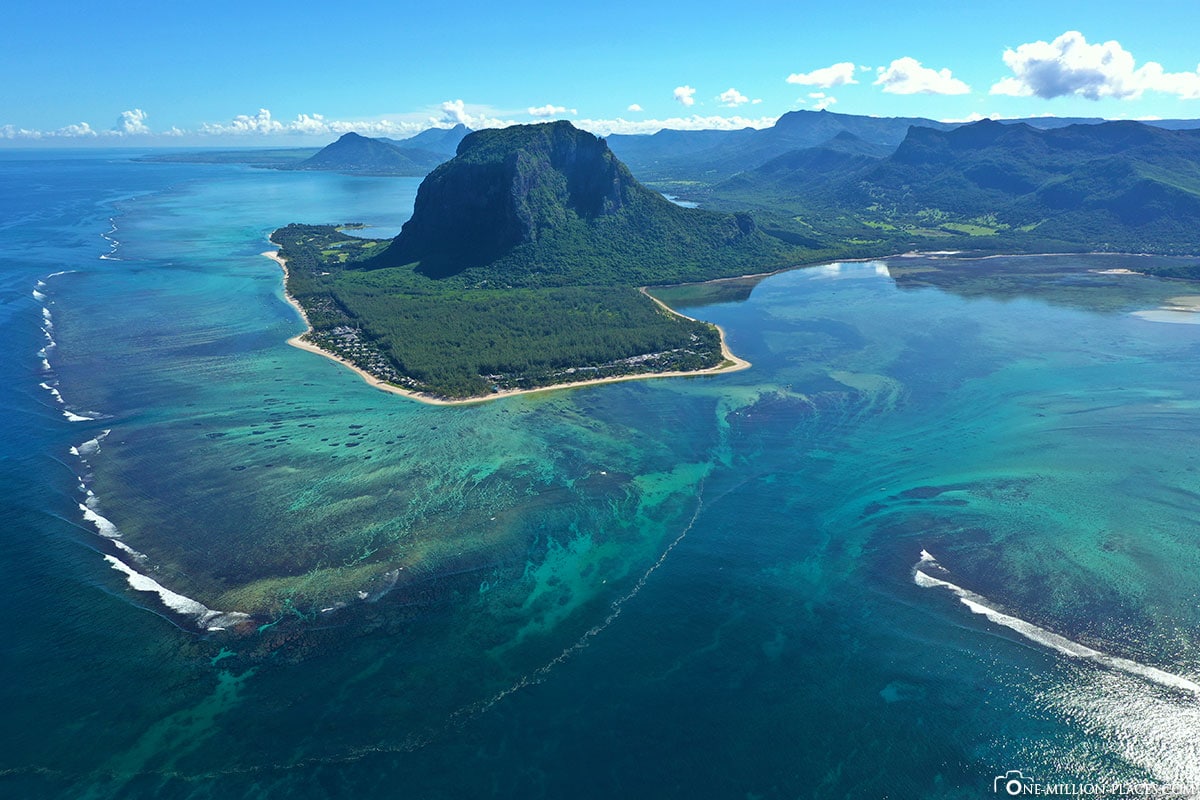 The South of the Dream Island of Mauritius

For us, it is always quite helpful if we enter all the sights of our destination in a map. This is going really well with Google MyMaps. This allows us to plan relatively easily what we combine best on which days, when, to keep the paths as short as possible.

For the first 3 nights we had a hotel with the Dinarobin Beachcomber Golf Resort & Spa in the southwest of the island on the Le Morne peninsula. Here it has offered to make all the sights such as the Seven Colored Earth, the Chamarel Falls, the Black River Gorges National Park, Alexandra Falls, the Grand Bassin and the hike to the mountain Le Morne Brabant. The next 3 days we stayed in the Constance Belle Mare Plage on the east coast of the island. From here you can easily take a trip to the island of Ile aux Cerfs, explore the north of the island (Notre-Dame Auxiliatrice de Cap Malheureux, Chateau de Labourdonnais, Botanical Garden) or take a trip to the capital Port Louis. Since our return flight was already at 8 o’clock in the morning, we spent our last night directly in the new Holiday Inn Mauritius Mon Safe to be at the airport so fast.

Our flight with Condor to Mauritius

One of the most important points and usually also one of the biggest cost factors for such a far-off destination is certainly the flight.

Direct flights from Germany to Mauritius

Since we could only travel for one week, it was very important to us to book a direct flight to Mauritius so that we don’t waste any time. From Frankfurt, there are actually only two options: either you fly with Lufthansa or Condor. Since the tickets via Lufthansa were much more expensive, we decided to fly with Condor. Here you can buy regular tickets from Frankfurt to Mauritius in the cheapest fare from 229 Euros each way! Of course, there are also super many transfer connections with other airlines, e.g. with Emirates via Dubai, with Air France via Paris or with Turkish Airlines via Istanbul. But we didn’t want to waste any extra time, because the pure direct flight already takes more than 11 hours.

We then booked the flights via our own website condor.de. There are four different booking categories to choose from:

We booked the normal Economy Class fare because we both wanted to take our suitcases with us. As a rule, this fare costs only 20 euros per person per way more than the Economy Light fare. The disadvantage with this fare is that seat reservation is not included. Depending on the desired seat (middle row, window or with more legroom at the emergency exit), a further 24.99 euros up to 89.99 euros per person per route will be added. Since we found this a bit too expensive, we did not reserve any seats at the time of booking.

The sale of upgrades

Since our two flights were not fully booked, there were still free seats in Premium Class and Business Class. Special upgrades are offered in advance for these places and this happens at Condor in different ways:

(1) An upgrade offer at special conditions will be sent by e-mail a few days before the flight.
(2) A customer support representative registers by phone a few days before the flight and also offers special conditions for an upgrade.
(3) Up to about 30 minutes before departure, the upgrade options are still promoted at the counter, for which extra calls are made via loudspeakers.

Only when the sale of the last tickets is closed can the seats be handed over to journalists, stand-by fliers, etc. Our luck! Thanks to a cooperation with Condor, we had the opportunity to upgrade for free. One of us was able to sit on the out-of-the-way flight in Business Class and the other got a seat in Premium Class. On the return flight we were both able to sit in Premium Class. Ideal for an 11-hour flight 🙂 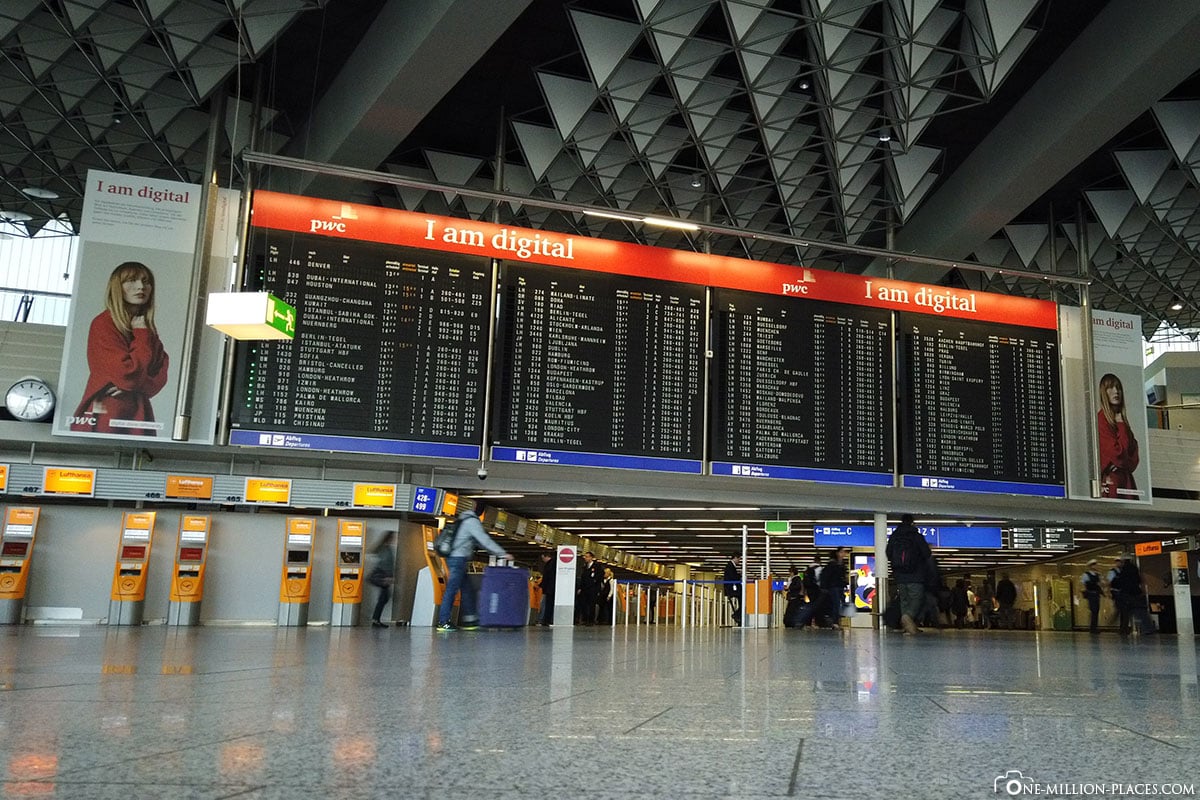 In our aircraft there were a total of 35 seats in the premium class in the seat distribution 2-3-2. The first thing we noticed when we sat down is the improved legroom and the fact that you can tilt the backrest more strongly to the back. In addition, there is a blanket and an extra-wide cushion as well as individually adjustable headrests: It is not so difficult to fall asleep here 😉 A so-called amenity kit is already available on the square, i.e. a small bag with useful accessories for the flight, such as stockings, a toothbrush set, earplugs, headphones and an eye mask.

At the beginning of the flight, a flight attendant comes by with a small selection of free magazines. Here you get, for example, the colorful, the gala, the star or the focus. On an 11-hour flight, the entertainment program is certainly the most important thing on board, besides food and convenience. Condor’s Premium Class features a 9-inch monitor with a selection of about 60 movies, over 100 TV series & documentaries, and an extensive range of music. Unfortunately, many older films were also included in the film selection. We would have liked to see a little newer films. Nevertheless, we found what we were looking for and were able to spend our time during the flight very well.

Of course, the culinary catering is not neglected on such a long-haul flight. There was a small menu in the seat pockets at the beginning, so you knew what to expect. There is also a large selection of free drinks including some alcoholic beverages.

Business Class had 30 seats in the seat distribution 2-2-2 in our Boeing 767-300ER aircraft. After all the passengers were in their seats and the plane rolled off so slowly, one could first approve a delicious aperitif, which the flight attendants served. So the holiday can start well 🙂 The menu was already in the seat pockets, so that you could study the menu at the first sip of sparkling wine at the same time. And that all sounded really insanely delicious. In addition to an appetizer, three main courses to choose from and a dessert, there was also a selection of cheeses – served on fabric table linen and porcelain dishes. There was also an exclusive selection of drinks including the best wines and champagne.

After the culinary strengthening, we have dedicated ourselves to the entertainment program, which is basically the same as in Premium Class, with the only difference being that you have a larger 15-inch monitor in Business Class.

However, the seats are very different from those in Premium Class. The seats are fully automatic reclining seats with a slope of 170 degrees and can also be converted into a 1.80 meter long lying surface. That means you can actually sleep here lying down. If you then use the stockings, the earplugs and the eye mask from the Amenity Kit, it has happened to you and you sleep calmly. Totally cool!

With a regular business class ticket, you can of course also use the business lounges at the airport in advance to pass the time until the flight. In Frankfurt, for example, you can go to the Lufthansa Lounges or the Luxx Lounge, as Condor does not have its own lounges here.

Our car rental for Mauritius

For us it quickly became clear that we would book a rental car in Mauritius for the whole week, because we are not just in the hotel on the beach, but wanted to see something from the island. As with all our other holidays, we have booked our rental car on billiger-mietwagen.de. Here we found a good offer for the class YC for 255 Euro – including all insurances, fees and taxes, so that we didn’t have to book and pay anything on site. It is also always important to us that we have an unlimited number of kilometres and that an additional driver is included free of charge. And since there is left-hand traffic in Mauritius, it was still important for us to book a rental car with automatic.

After we landed in Mauritius at around 6.30 in the morning and had our suitcases, we went directly to the car rental suppliers, which are located outside the airport in front of the arrivals hall. Here you can find in a number of providers like Sixt, Europcar etc., and also our: First Car Rental. The handling of car pick-up worked very well. Within 15 minutes we had our car, a white Hyundai Grand i10,and the island exploration could start. 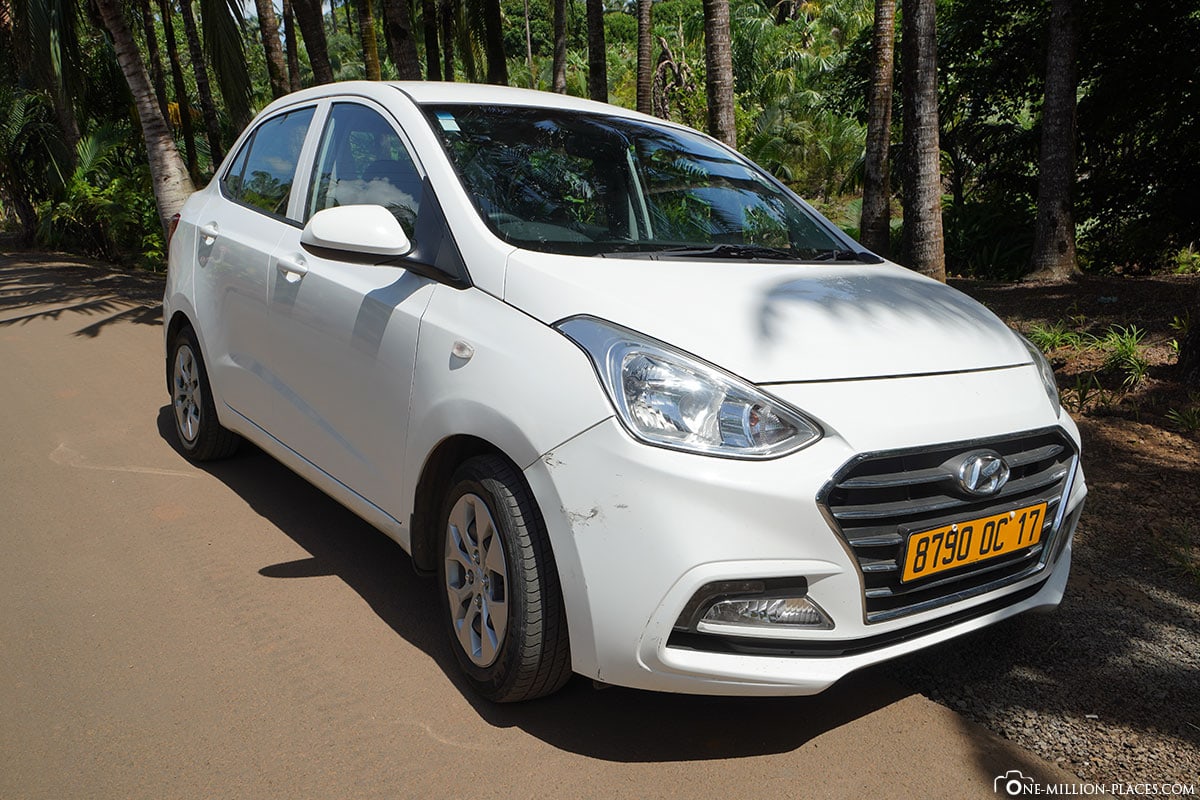 Our car rental Hyundai Grand i10

An offline map for navigation for Mauritius

Since we didn’t want to buy any extra SIM with mobile data for Mauritius and there was no navigation device in the car, we have already downloaded the free navigation app “HERE WeGo”at home, where you can also download offline maps for all destinations. The navigation on the island worked very well with this app and GPS and so we were able to save the extra costs for a SIM in Mauritius.

Mauritius is not soooo big and we found that the roads were all quite well developed. But there is only one highway from Port Louis to the airport, and the rest are all smaller roads with many junctions, where you can easily get along. Therefore, this offline map was really perfect 🙂

But if you want to buy an extra SIM with mobile data, we got the tip to buy a map of Emtel or Orange with data volume on site. These are available in several shops and petrol stations on the island and you only have to present your ID when you buy them.

The APP of HERE WeGo for offline navigation