Today we went on a journey from New Zealand to the South Sea Paradis of French Polynesia to Tahiti. Just in time at 11.30 am we first flew from Queenstown in the south of New Zealand with Jetstar to Auckland.

Our flight from New Zealand to Tahiti

Our first flight from Queenstown on the South Island from New Zealand to Auckland took just under 2 hours. In Auckland we had a 4-hour stay before we went on with Air New Zealand to Papeete on Tahiti. Since we flew over the date limit, we had a time difference of minus 22 hours compared to Auckland on arrival in Papeete. So we were able to experience the 17th of April a second time – with 46 hours definitely the longest day of our trip 🙂

French Polynesia (or sometimes called French Oceania) is a French overseas territory and consists of a collection of smaller islands, atolls and archipelagos in the southern Pacific Ocean. The most populous island is Tahiti, and one of the most famous islands certainly Bora Bora. Although many different languages are spoken on the different islands, French is the only official language of the population of just over 280,000. French Polynesia is not part of the EU, but its citizens are French citizens and therefore also EU citizens. Entry is therefore completely unproblematic and visa-free for EU citizens. In the end, a valid identity card or passport is sufficient. The only drawback – you don’t get a nice stamp in your passport at the passport control.

Our hotel in Papeete (Tahiti)

At the airport in Papeete we were already waiting with name tags and a flower chain and brought by a driver of our hotel Sara Nui.

We chose this hotel because it offers a free airport shuttle and we can walk from the hotel the next day to the nearby ferry terminal. By now it was already 2 o’clock at night, so we immediately fell into bed. The room was clean and nicely furnished. Air conditioning and internet have worked well. 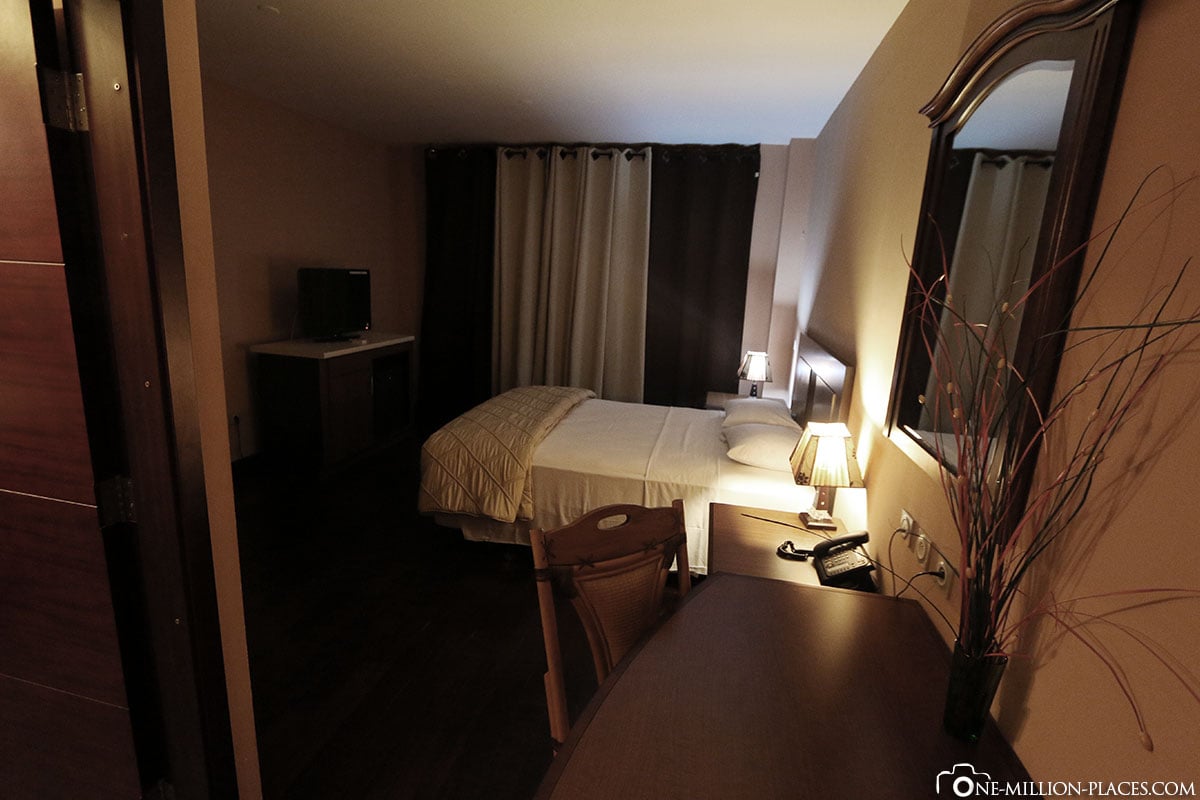 Our room at Hotel Sarah Nui