After we had made the trip to the panoramic road Trollstigen in Andalsnes this morning and learned about the many trolls in Norway, our trip with AIDAsol continued at 1.30 pm to Molde, the next stop of our cruise, just 1.5 hours away.

The drive through the Moldefjord to Molde

Molde is a town with about 26,000 inhabitants and is located on the north shore of the Moldefjord. Molde is known for its annual jazz music festival and its magnificent location on the fjord and the Sunnmére Alps, which form the Molde panorama. The nickname of the city is “the city of roses” – because of the mild climate still roses grow here, which actually have their growth slacks further south. The rose girl in the town square, a bronze sculpture surrounded by a fountain, is also reminiscent of this nickname in the city.

The AIDA Port Info of Molde

Molde welcomed us with a lot of rain 🙁 Immediately after AIDAsol had moored at the port, we met in front of the ship for our excursion. For Molde we have chosen the 3.5-hour AIDA excursion “MOL03: Panoramic trip to the Atlantic-Coast Road”. With our coach we drove along the fjord for about an hour. Unfortunately it rained so much in between that we couldn’t even look outside from the bus, because the rain just ran down the windows.

After a short time we went to the Atlantic Coastal Road, which is an 8,274 meter long road section and lies between Bud in the west and Kristiansund in the east. The Atlantic Road consists of eight bridges built over several small islands. The road is a major tourist attraction in the area and is part of the Norwegian Landscape Routes.

In the past, the road has often been voted the most beautiful car and bicycle route in the world. This is certainly a matter of taste 😉 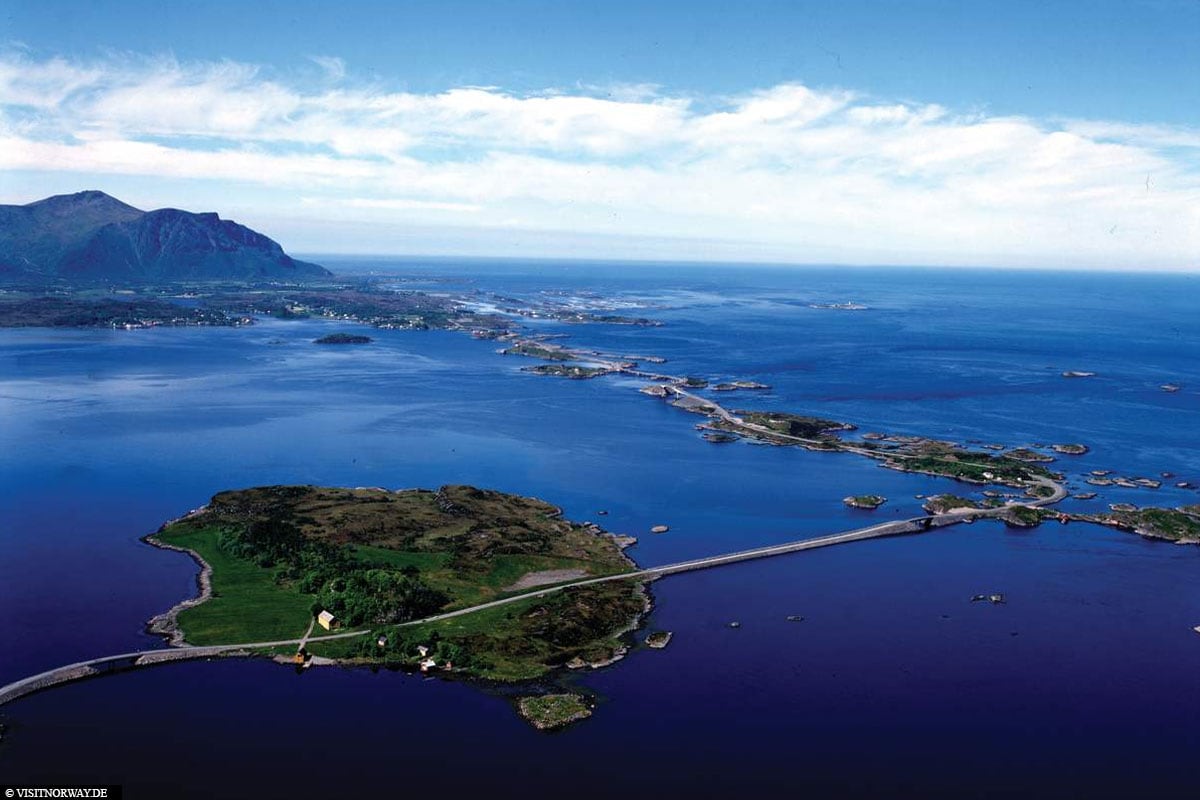 The Atlantic Coast Road in Norway

Unfortunately, today was completely rainy, so that we only walked from a parking lot for a short time a small circular path around the island of Lyngholmen to take a closer look at the Storseisund bridge. Opened in 1988, the bridge, with a length of 260 metres and a height of 23 metres, is the largest of the eight bridges on the Atlantic Road and is also considered to be its landmark.

After the trip on the Atlantic road we made a stop in the small fishing village of Bud. Here we went to the Bud Museum, also known as the “Heeres-Küsten-Batterie 17./976 Bud” and is located elevated on a hill in the northern part of the village. During World War II, large parts of Norway were occupied and Bud was one of the places occupied by German troops from 1940 to 1945. The German coastal wall, which was built at that time, was later restored and now serves as a war memorial.

The museum itself had already closed around this time, but on the outside surface you could still see a few things (e.g. guns, headlights, bunkers).

From the observation deck you also have a beautiful view of the fishing village of Bud with its typical Norwegian wooden houses and the coast of the European North Sea. 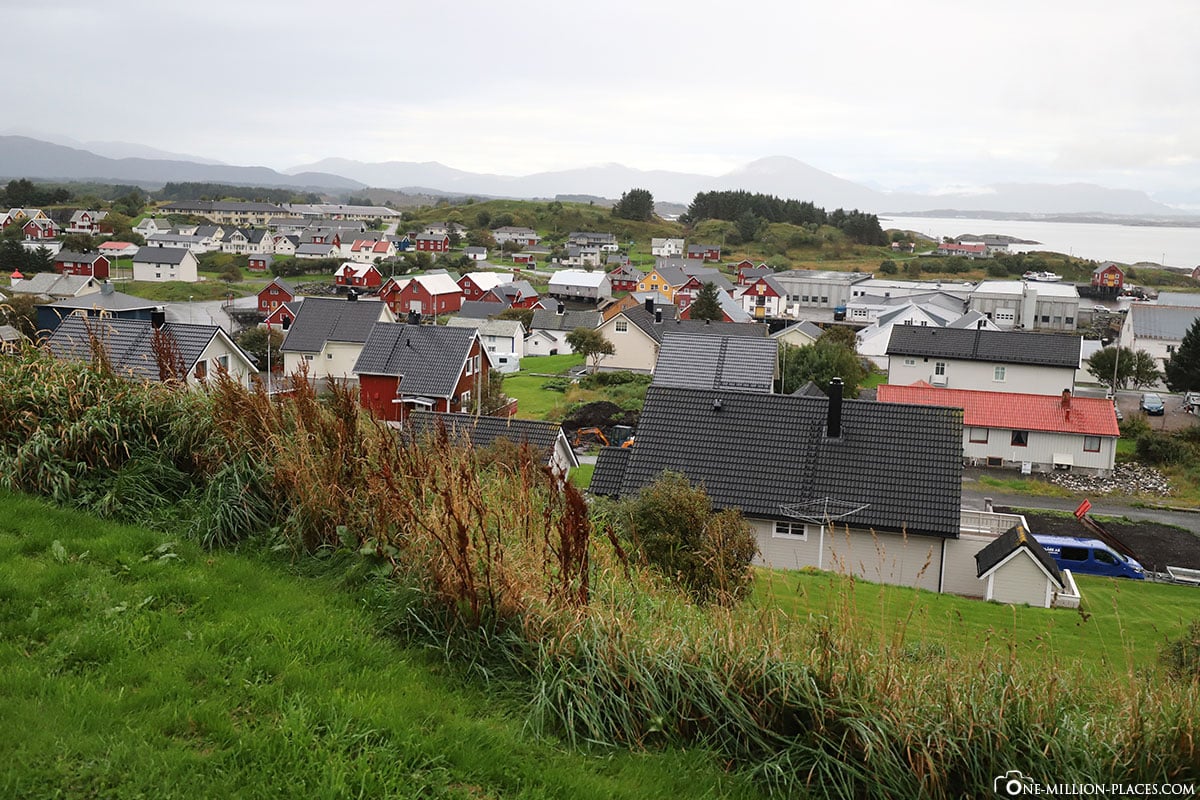 View of the small village of Bud

Just in time at 7.30 p.m. we arrived again by bus at the port. We say goodbye to Molde and are looking forward to our next stop: Trondheim 🙂 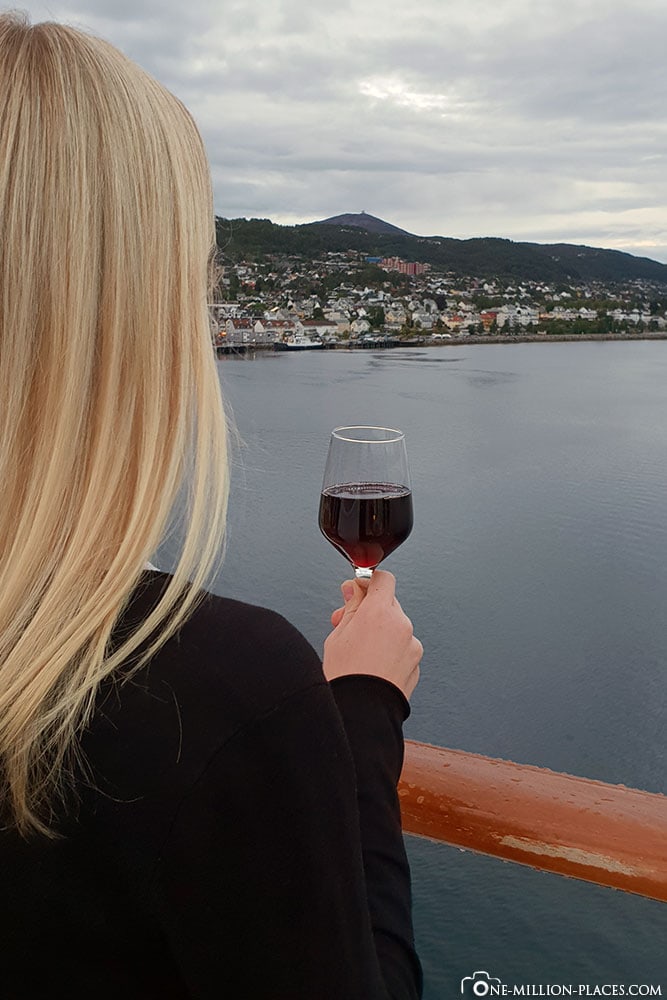 Linen going on in Molde