Our current destination was the port city of Warrnamboo, which is about 650 km from Adelaide and is considered a starting point for travel along the Great Ocean Road. On our trip we passed the city of Hahndorf and saw some Kangaroos at Cape Bridgewater.

Our route from Adelaide to Warrnambool

So there was a long journey ahead of us. Although we chose the slightly longer route along the coast, most of the route was relatively unspectacular, so we made good progress and took few breaks.

Right at the beginning of the route we made a short stop in the small town of Hahndorf – “Australia’s Oldest German Town” (1839). The German prehistory of the place is still clearly visible today, for example in the form of German flags, German names or bakeries with typical German baked goods. Here is a map of the city of Hahndorf in Australia.

The Seal Colony at Cape Bridgewater

About 100 kilometers before Warrnambool we made a detour to Portland, because here at Cape Bridgewater there is supposed to be the largest colony of seals on Australia’s mainland – we were very excited. The “Great South West” trail went along the coast for over three-quarters of an hour. After 2.5 kilometres, one stood at a cliff, on which various viewing platforms are attached. From these one should have a good view of the 650 (!) seals. Unfortunately, we haven’t seen a single one outside the water. A few have played in the water and have swam with the waves. But you can’t really see much from a distance.

Kangaroos in the wild

So we were almost disappointed that we had taken this route. But suddenly, off the hiking trail, three pairs of eyes looked at us – kangaroos in the wild! And more and more came to light. One by one, they lifted their heads out of the bushes and watched us. That was madness! In the distance we could see several small groups – that was certainly 50 kangaroos. They were quite shy, but they still let us up to 3 meters. Only then did they hop a bit further. And when we almost wanted to leave again, a kangaroo mom with her baby in the bag stood 5 meters away from us. We had already seen this in the Gorge Wildlife Park, but in the wild it is even more impressive.

Although we have only seen a few seals, the hike to Cape Bridgewater was wonderful because of the many kangaroos.

When the sun went down slowly, we walked back to the car and drove the remaining 100 km to Warrnambool. Around 9 p.m. we arrived at our hotel Best Western Olde Maritime Motor Inn. The Best Western Olde Maritime Motor Inn has a good location, clean (but somewhat bright) rooms and very nice and helpful staff. The Wi-Fi worked perfectly, refrigerator and hairdryer available in the room. Prima Hotel to start early in the morning to the Great Ocean Road, as not far away. 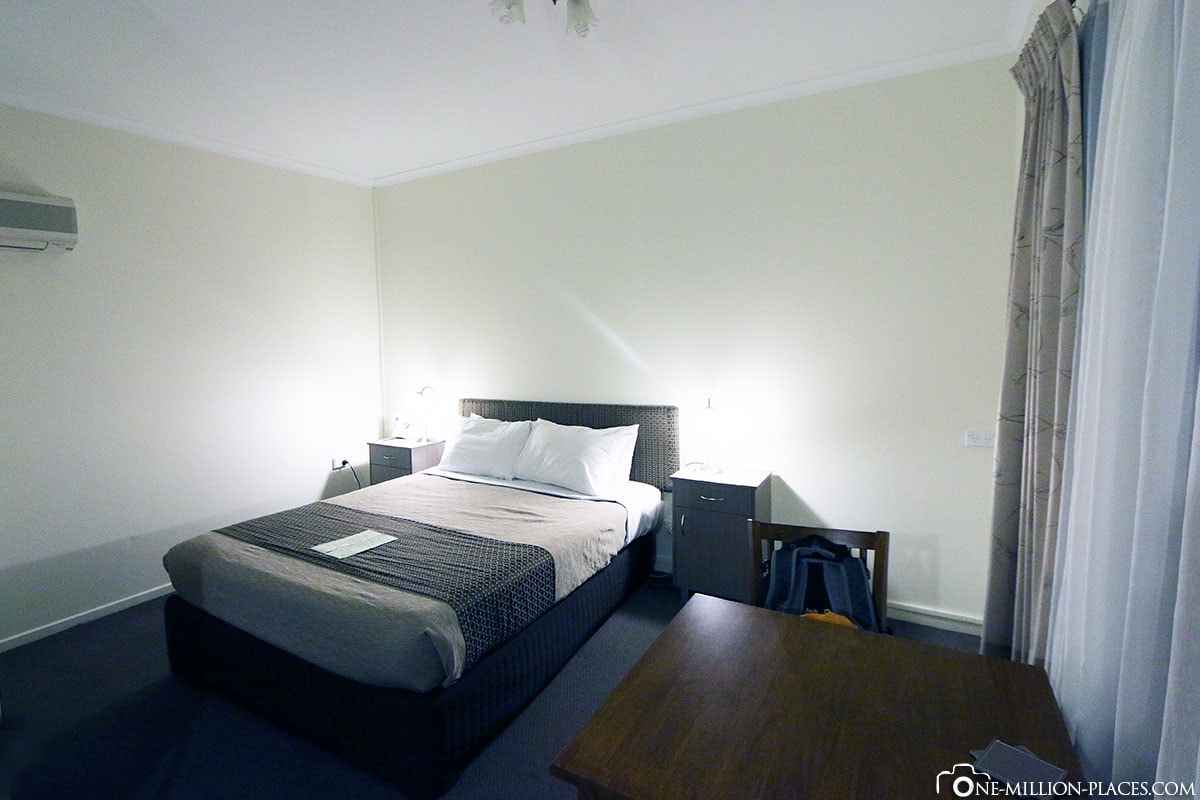 Our room at the Best Western Olde Maritime Motor Inn