Wow, today is already of the 100th Day of our world tour! We were able to see sooooo an incredible amount and experience it together and yet we are still looking forward to the many beautiful places that will come. After our trip along the Great Ocean Road we have now arrived in Melbourne.

Melbourne – one of the most liveable cities in the world

Melbourne is Australia’s second largest cityafter Sydney, with a population of around 5 million. It was founded in 1835 and is named after British Prime Minister Lord Melbourne. The city is located on the Yara River in southeastern Australia and is the southernmost city in the world with at least one million inhabitants. Among other things, it is nicknamed Garden City, as there are several beautiful parks in the immediate vicinity of the city centre. Melbourne, along with cities such as Vienna, Calgary, Sydney, Tokyo, Copenhagen and Vancouver, has been in the top 10 most liveable citiesin the world in The Economist. The most famous sights include the Queen Victoria Market, State Parliament House, the Royal Exhibition Buildings, the Stock Exchange, Saint Patrick’s Cathedral, Flinders Street Station, Fitzroy Gardens, Eureka Tower and royal botanic gardens. 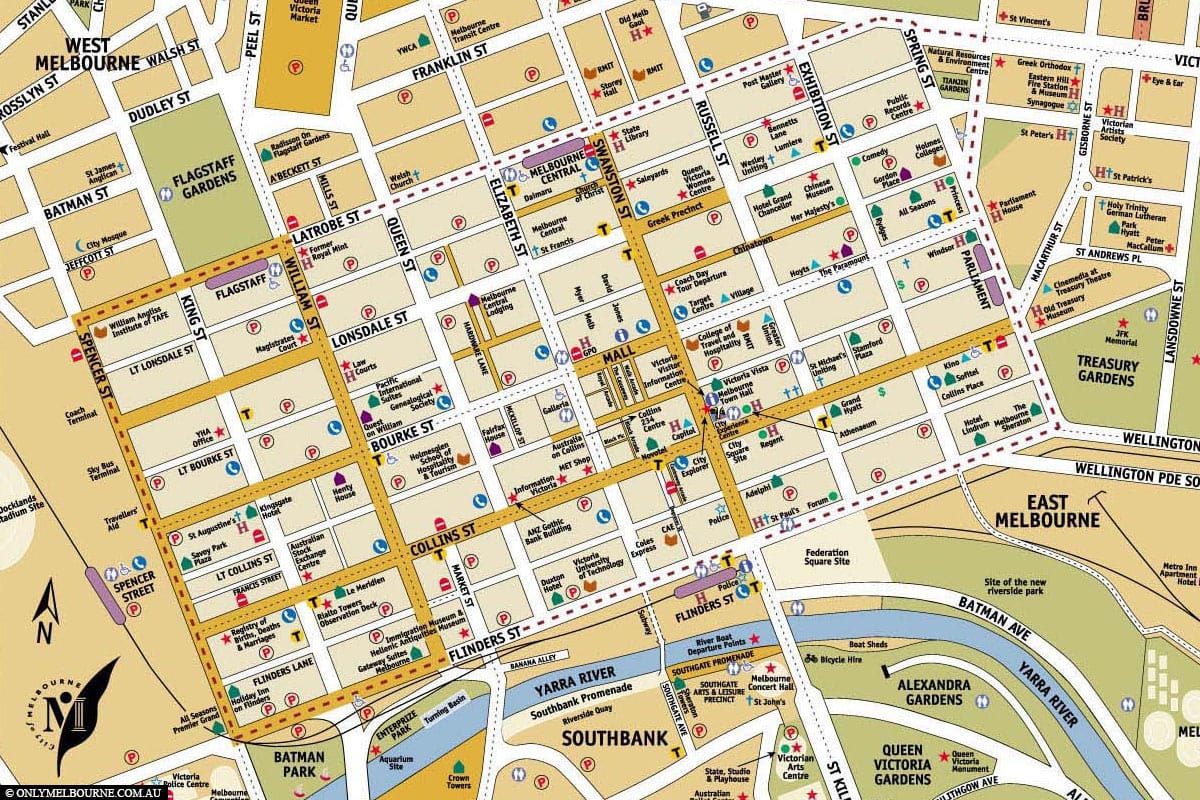 Our hotel in the city centre

In Melbourne we stayed for 2 nights in Fraser Place Melbourne. The hotel is located in a side street in the city centre – everything is within walking distance. Parking garage is also within walking distance. The hotel has a cooperation with the provider here, so that you only pay 20 AUD per day. This is significantly cheaper than all other car parks (from 50 AUD upwards). The apartment room is very spacious and tastefully decorated – you feel right at home. In the room is everything you need: small kitchen with microwave, fridge and dishes, hair dryer, free Wi-Fi, shampoo, shower gel, body lotion, etc. Supermarket and shopping center is also within walking distance – as well as a stop of the free Circle Tram. We really enjoyed the hotel! 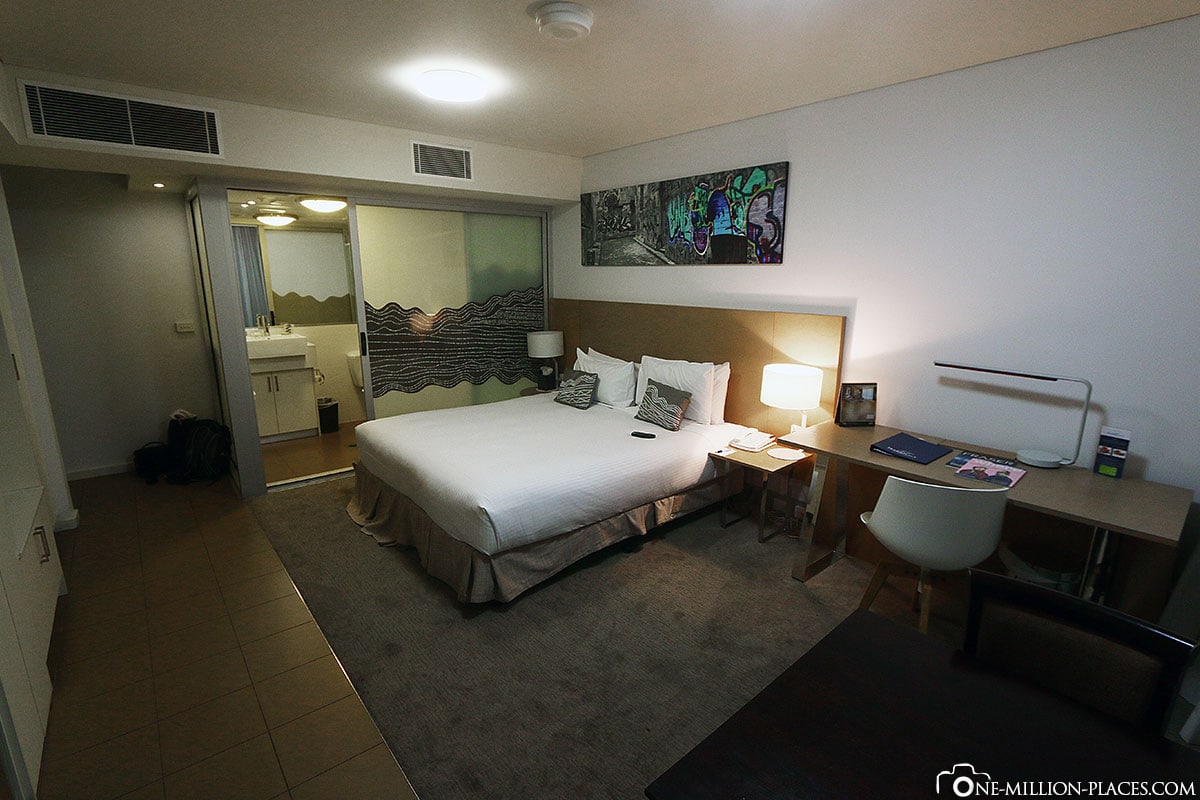 Our room at Fraser Place Melbourne

What to see in Melbourne

Since the Hotel Fraser Place is centrally located in the inner city area, we could explore quite a lot on foot. Melbourne is quite practically divided – the entire inner city is like a big cart. In the city there is now a free City Circle Tram, which runs every 12 minutes and leaves the main points of the center. However, there are not insanely many sights in the city, so the city tour did not take long. We first looked at the Victorian Parliament and then walked on to St Patrick’s Cathedral and over Fitzroy Garden towards the city centre. We continued to Federation Square, St Paul’s Cathedral and Flinders Street Station. Afterwards we went back to the hotel via the shopping district and China Town and made us something delicious to eat.

The next day we drove to Dendy Street Beach, which is just south of Melbourne in the suburb of Brighton (see Google Maps). From the city centre it takes a good 30 minutes by car to Brighton. We were looking for a parking space here in one of the side streets (Were St.) and walked the few meters over the Esplanade to the beach. The first colourful bathhouse on Dendy Street Beach was already in 1862. After that, it became more and more, until they were gradually destroyed due to wind and water. Today there are still 82 listed cottages and with the skyline in the background they are a great photo motif.

The Starbucks cup of Melbourne

Melbourne has several Starbucks stores and also its own cup 🙂