After our 3 great days at Ayers Rock in the middle of the continent, our journey went further south today. At 10.20am our plane with Qantas went via Alice Springs to Adelaide in the state of South Australia.

Our flight via Alice Springs to Adelaide

With Quantas we started on time in Ayers Rock and made a short stopover in Alice Springs. From there the flight continued to Adelaide, where we were loaded around 4pm.

Our car rental for South Australia

Right at the airport in Adelaide we picked up our rental car at Redspot Sixt. We have booked this with all insurances via DERTOUR.

Disposable rental in Australia: In the run-up to our world tour, we have researched for a long time which car rental companies we take for our rental car in Australia. The problem here is the one-way rental, if you don’t want to return the car in the same place. Since we wanted to go south from Adelaide to Melbourne and on the east coast from Proserpine to Cairns, there would be a one-way rental every time. And depending on the provider, this can be several hundred euros. We have requested several offers via different booking portals – but in the end a one-way rental was added. And DERTOUR seems to be one of the few providers where, under certain conditions (length of rental period, etc.), there is no one-way rent in Australia. In any case, we did not have to pay a one-way rent on our routes and also the service packages (all inclusive) and the general prices for the car were absolutely fine, so we can really recommend this. 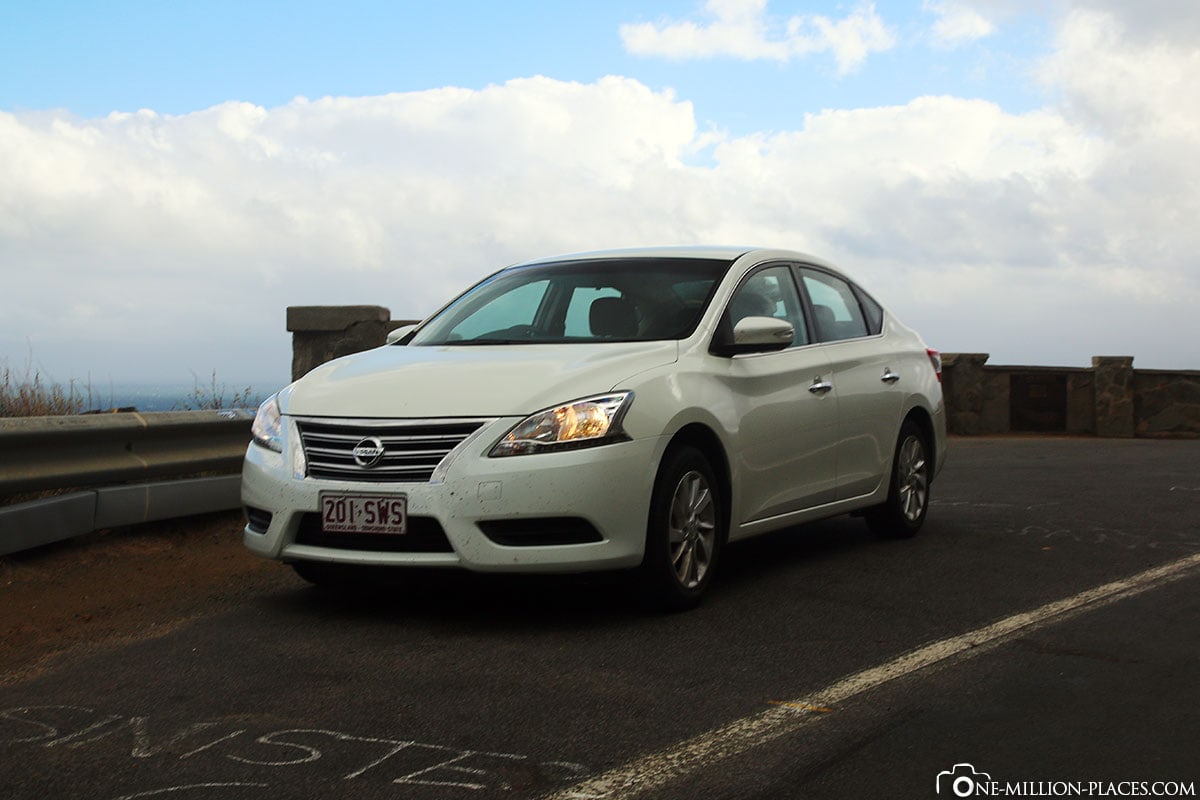 Our rental car in Adelaide

Our apartment in Adelaide

After we had our car, we drove to our accommodation in the Norwood district. With the Cricket World Cup quarter-finals in Adelaide tomorrow, hotel prices were outrageously expensive at the time. So for the first time we booked accommodation through Airbnb. We rented a two-bedroom apartment with kitchen, which cost half as much as a hotel room, and was absolutely great. The hosts were very nice and handed us the apartment personally. A clean and well-equipped accommodation in a quiet area. There was nothing missing, there was even a washing machine. Parking is free in the driveway. We enjoyed our stay at Norwood Apartment and can only recommend it.

After our hostess handed us the keys and showed the apartment, we went shopping and made ourselves something delicious to eat.

The next day we went after breakfast to the Gorge Wildlife Park, which is about 40 minutes drive from Adelaide(route in Google Maps). The park has been in existence since 1965. There are a few other zoos in Adelaide and the surrounding area. But we decided on this, because you can get very close to the Australian animals in big free enclosures and you also get the opportunity to hold a koala on your arm.

Admission costs 15 AUD per person (approx. 11 Euros). This is really very cheap for what you get. At the entrance we first equipped ourselves with a large pack of food (which consisted of a pack of butter biscuits) and immediately went into the kangaroo enclosure. As soon as we were in it, the first curious people came to us and wanted to be fed and caressed. That was just great! Even a kangaroo mom with a baby in a bag could be fed and caressed by us without hesitation. But the small park also has many other animals that are native to Australia: wallabies, camels (who would have thought there were 1 million wild camels in Australia?), Tasmanian devils, penguins, meerkats, quokas and of course wombats (which could also be fed and stroked).

Holding a koala on your arm

Three times a day, the park has a great opportunity to hold a koala in your arms – at no extra cost. By comparison, Sydney Zoo is offering aud 20 to take a photo next to a koala. At Cleland Wildlife Park in Adelaide, you can hold a koala in your arm – but for AUD 30 extra. Here everything was included in the entrance fee and of course we did not miss it. The koala was quite peaceful, fluffy and somehow looks like a cuddly toy on his arm.

A video from Gorge Wildlife Park

Here is a short video from Gorge Wildlife Park.

After four hours we went back to Adelaide. Finally, we can say that Gorge Wildlife Park is definitely one of the most interesting wildlife parks we have ever visited. It’s not very big, but interacting with all the animals is just incredibly great 🙂

At the end of the day we were still shopping and then made some preparations & research for New Zealand for our further trip.