After visiting the Palace of Knossos and the Archaeological Museum in Heraklion this morning, we strolled through the city centre and looked at the Venetian harbour and the koules fortress.

The port city of Heraklion

Heraklion is the capital of the island of Crete and the fourth largest city in Greece. The port city on the north coast is just over 170,000 people. 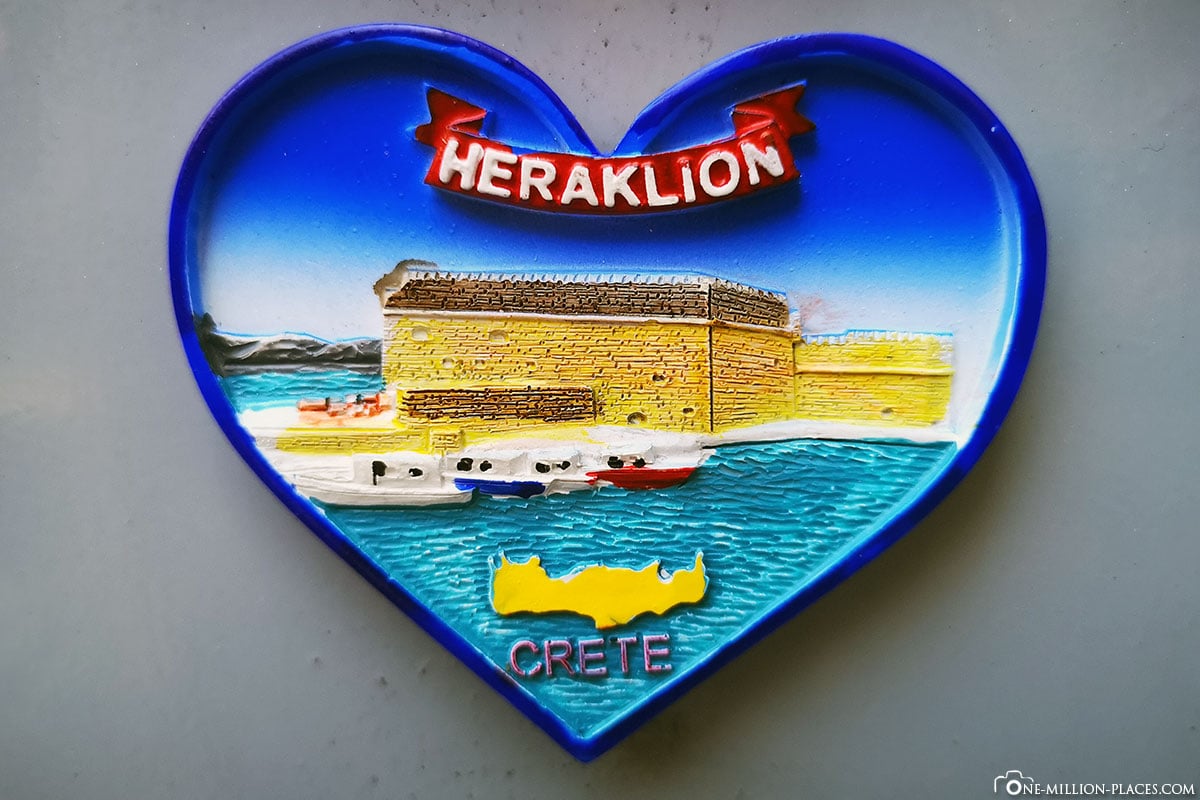 The port area of Heraklion

With our cruise ship Celestyal Crystal we have moored at the new port of Heraklion, which is an important sea and ferry port. Ferries depart daily for other Greek islands and to Piraeus, the port of Athens on the Greek mainland. Since the new port is relatively centrally located, you can easily walk from here to the city centre but also to the Venetian port (alternatively there is also a bus). You just always walk along the water until you see the old Venetian harbour including the fortress, which is now used by fishing boats and yachts.

Here is also the impressive fortress of Koules, which once protected the entrance of the port. Behind the fortress begins the long pier of the harbour, which invites for walks and offers space for many hobby fishermen who wait patiently for a fish to bite. 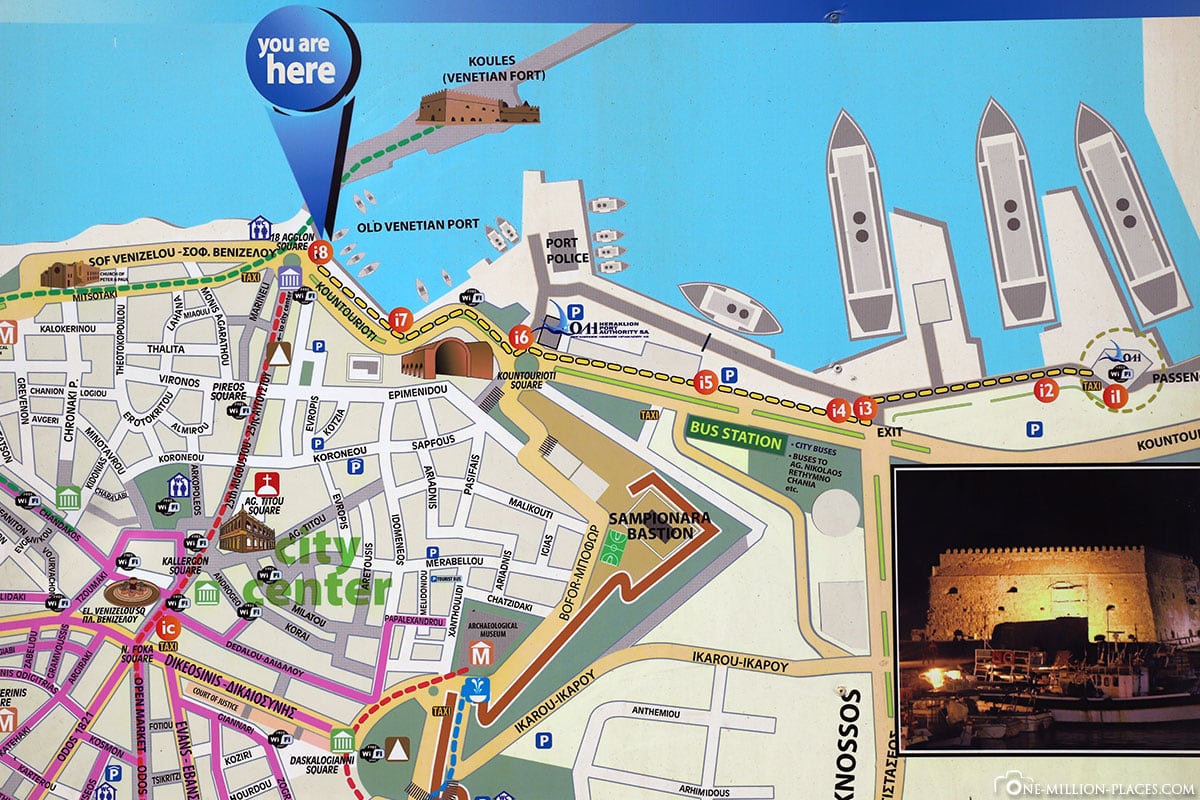 A map of the port in Heraklion

Koules Fortress in the Venetian Port

The foundation stone for the fortress was laid by the Venetians in the early 16th century and used to serve the city as a guardian against invaders. The castle complex was built of large stone blocks and consists of two floors with a total of 26 rooms, which were originally used as a barracks, prison, storage rooms, water reservoir, church, mill and bakery.

The castle used to be called “Rocca a Mare” or “Castello a Mare”. However, the term “Koules”, which was created by the Turks during their reign on the island, prevailed. The fortress can be visited for just 2 euros entrance fee (as of May 2018). On the lower floor there are various exhibition rooms on the history of the fortress. On the upper floor you stand outdoors and have a beautiful (and very windy) view of the city, the Venetian port and the wide sea. A visit is definitely worthwhile!

From the Venetian port it is a stone’s throw to the centre of Heraklion. The street of 25 August leads directly to the city’s central square, Platia Venizelou. Here stands the fountain, donated by the Venetian governor Morosini in 1628, which is now also known as the Lion’s Fountain. Reliefs from mythology and mythical creatures adorn the eight fountain basins. Above it is an upper basin resting on four lions.

A few meters further is the two-storey Venetian loggia, which was built between 1626 and 1628 in the Venetian Renaissance style. The loggia was a place where the Venetian nobles gathered and discussed local economic and social issues. At the end of the 19th century, the loggia was in poor condition and threatened to collapse. Today the loggia is completely renovated and houses the town hall.

Also on the street of 25 August is the Titus Kirche (Agios Titos), an Orthodox church. In terms of construction, the church is a Mecca-oriented mosque with a square floor plan and a central dome.

In the city center there is an interesting street called 1866, which is a small market spanned by sun sails and awnings. Visitors will find fruits and vegetables, meat and fish, souvenirs and other Cretan specialities. If you like it a little more relaxed, you can sit down in one of the numerous cafés or restaurants. We enjoyed a delicious ice cream here on the street, which was really cheap and riiiiiiesig 🙂

Finally, we enjoyed a foot treatment at the Fish Spa “Doctor Fish”. We had seen this so many times on TV and wanted to try it out. As a tip: Definitely negotiate the prices. At first, the lady wanted to have 20 euros for 30 minutes of treatment; the Fish Spa across the street has offered a 15 minute treatment for 3 euros. When we pointed this out to them, we suddenly had a special price of 5 euros for 20 minutes 😉

In a fish spa, the most diligent employees are the Garra Rufa fish (german: reddish sucking barb), which, through constant nibbling, take over the removal of cornea and dead skin cells on the feet. If you haven’t done it yet, you should definitely try it out. This is really funny and tickles when the little fish nibble on their feet.

There are several Starbucks stores in Crete and a cup of 🙂

The Starbucks Island Cup of Crete